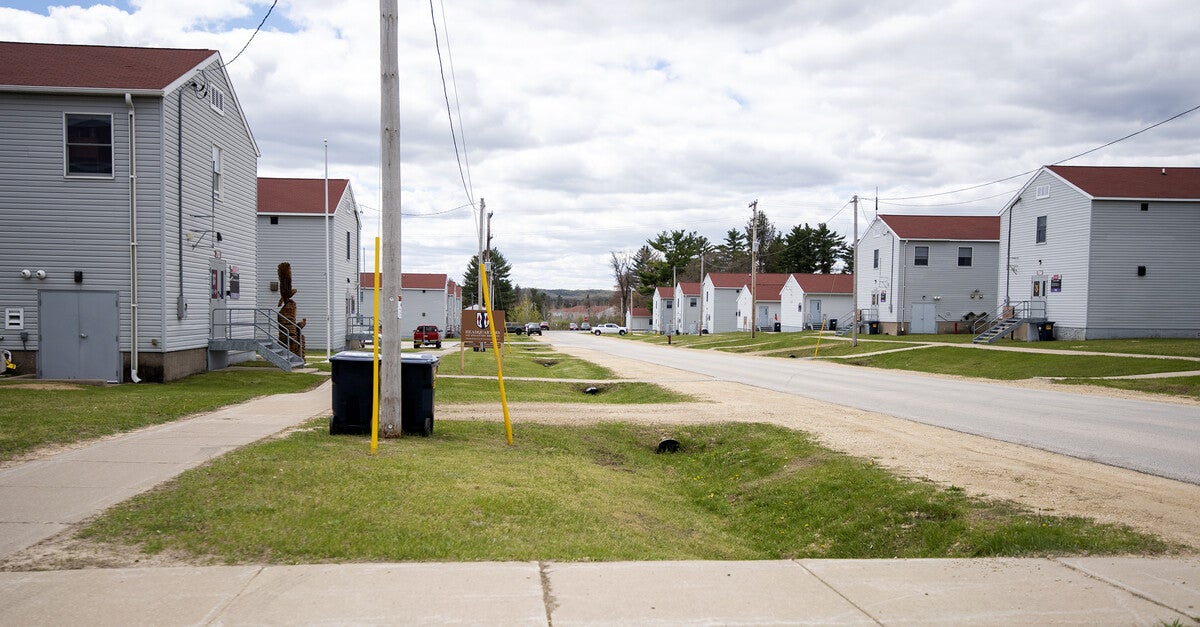 Thousands of refugees are trying to flee Afghanistan as Taliban fighters overthrow the Afghan central government in recent days. The collapse of the Afghan government follows the US troop withdrawal, which is scheduled to end before the end of the month.

At an off-camera press conference, Pentagon Press Secretary John Kirby confirmed that the United States is “assessing facilities and support for two additional state-side installations,” in addition to one already in place in Fort Lee, central Virginia.

“Our goal with these three facilities would be over time, three to four weeks from now, to be able to provide support to up to 22,000 vulnerable people,” Kirby said. “We do not want that capacity right away. It will take some time to expand it.”

Garry Reid, head of the U.S. Department of Defense’s crisis response team for Afghanistan, confirmed at another press conference Monday afternoon that Fort McCoy is one of the sites being considered, along with Fort Bliss in Texas. He said the department was working with the State Department and the Department of Homeland Security to relocate refugees with a goal of establishing about 20,000 additional places.

Reid said refugees who arrived at the site would already be pre-screened by Homeland Security and undergo full immigration treatment when they arrive. The Fort Lee site has provided food, housing and medical treatment to the Afghans who have arrived there.

“Our first focus was to relocate the SIVs (Special Immigrant Visa Recipients), complete their visas and resettle them in the United States with the help of our non-governmental organizations,” Reid said. “Our military embraces the opportunity to recognize their contribution to combined operations in Afghanistan by welcoming them to the United States”

An installation located at Fort McCoy would be the first large-scale refugee host there since an attempt to support Cuban refugees in 1980.

Lieutenant Colonel Erik Archer, a military science professor at the University of Wisconsin-La Crosse who served in Afghanistan twice, said it was great news to hear that Wisconsin will help host those fleeing Afghanistan.

“I hope we welcome them with open arms and facilitate their transition to this new life, for I can only imagine what they are going through,” Archer said.

He said many veterans serving in Afghanistan are experiencing deep grief after watching videos of people desperately trying to flee the country following the Taliban’s takeover of the country’s capital, Kabul.

“We served personally with members of the Afghan National Police, the Afghan National Army, with interpreters, very brave heroic individuals,” Archer said. “We went back to secure (bases) late in the day and they returned to their homes and were much more threatened than we ever were. Those guys were heroes and none of us know what their future brings now . “

Saul Newton, head of the Wisconsin Veterans Chamber of Commerce, served in Kandahar province for just over a year from 2010. He said he wished the federal official would have been better prepared to evacuate the threatened from the Taliban before took over Kabul.

“No matter how anyone feels about the withdrawal, and no matter where anyone falls on the political side of the aisle, there were a lot of people in Afghanistan who put their hopes in a free and democratic Afghanistan and supported NATO forces and supported the United States,” Newton said. . said. “We should have already prepared to get them out of the country and not have distorted ourselves the way we are now.”

He said the United States has an obligation to help those who helped American troops, and it was “amazing news” that some refugees will come to Wisconsin.