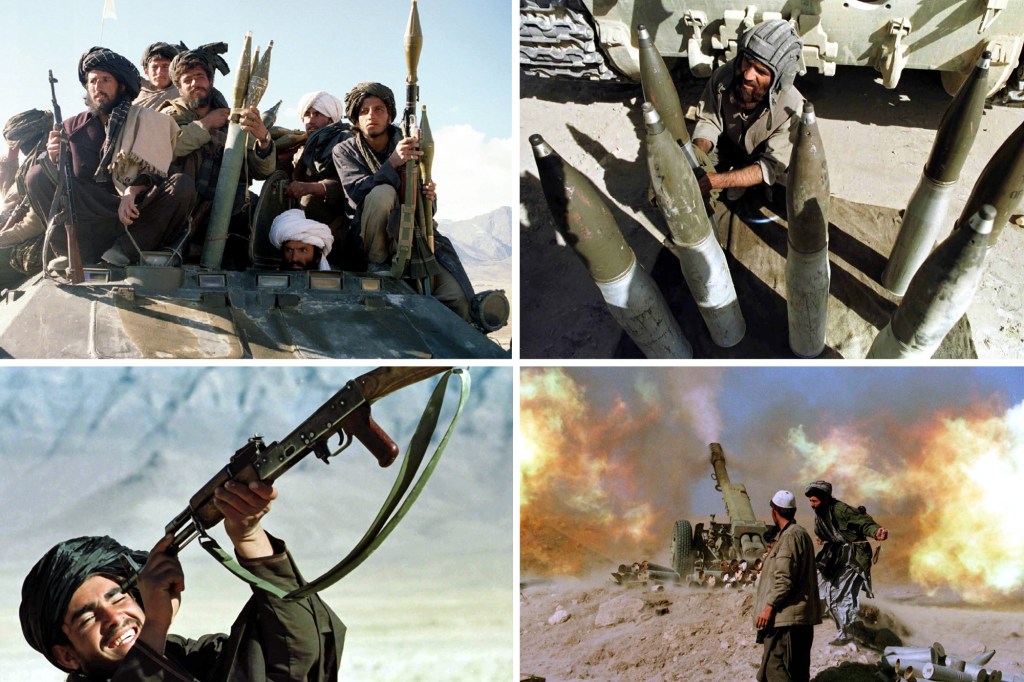 The Taliban have seized control of Afghanistan two weeks before the United States was to withdraw its troops completely after 20 years of military presence in the war-torn country.

Chaotic scenes erupted after Taliban insurgents on Sunday recaptured the capital, Kabul, with thousands of panicked Afghans rushing out of the country, including some desperate enough to cling to U.S. military planes as the planes taxed down. the runway.

U.S. officials have already claimed that they had miscalculated the rate at which the Taliban were able to storm across the country and conquer all major cities in a matter of days.

Afghan security forces, trained and equipped by the United States over the past two decades, fought a little against the militants.

It has raised questions about how rebels were able to regain control of the country so quickly after two decades, and what exactly the Taliban want.

Who is the Taliban and what do they believe in?

The Taliban is a hardline Islamic militant group that ruled Afghanistan from 1996 to 2001.

They are currently headed by Mawlawi Haibatullah Akhundzada.

When the Taliban was first formed in 1994, the rebel group consisted of the “mujahideen” – Afghan resistance fighters who fought against the Soviets when they invaded in the late 1980s.

The Taliban gained control of the government in 1996 when they captured Kabul.

They quickly introduced sharia – Islamic law – which meant corporal punishment and public executions were implemented, women were banned from working outside the home, and girls could not go to school.

Women were also to cover their faces in public and were to be accompanied by a male relative when they left their homes.

The Taliban were accused of brutally enforcing Islamic law by cutting off the hands of thieves and stone adulterers.

The rebels were ousted from power when the United States invaded Afghanistan in 2001 following the 9/11 attacks orchestrated by al Qaeda’s Osama bin Laden.

The United States wanted to prevent al Qaeda from using Afghanistan as a base for its terrorism.

However, the Taliban never left Afghanistan and have been fighting the Western government ever since.

How did the Taliban regain strength, and why are they taking over now?

As the United States shifted its focus to Iraq, the Taliban began to regroup and slowly, over the past two decades, began to take over parts of the Afghan landscape.

After years of negotiations, the Taliban and the Trump administration signed a peace agreement last year.

Under the agreement, President Donald Trump agreed to begin withdrawing troops and releasing about 5,000 Taliban prisoners. In return, the Taliban promised to prevent groups from using Afghanistan to threaten the United States.

When President Biden was elected, he announced that the last troops would leave before the end of August.

As this deadline approached, the Taliban quickly began taking over a number of major cities.

After the United States spent billions of dollars training and equipping Afghan security forces, questions are growing as to why they are fighting the Taliban so badly.

The Western-backed government was riddled with corruption.

Entire units of the Afghan security forces surrendered after brief battles, and Kabul and other nearby provinces fell without a fight.

President Ashraf Ghani bowed down and made few public statements as the Taliban swept across the country last week.

He fled on Sunday when the Taliban reached Kabul, but it is not clear where he went.

What do they want and what will happen next?

The Taliban want to take back what they lost in the 2000s when the United States invaded.

They have already said they will rename the country to the Islamic Emirate Afghanistan, as they called it the last time they ruled.

They want to restore Islamic law in society, but it is unclear whether life will go back to what it was under previous Taliban rule.

The Taliban have claimed they are no longer opposed to women going to school, but have said they want to stop mixed-gender education. Reports, however, suggest that girls as young as 12 are already being forced into sex slavery.

Many women fear that the Taliban regime will mean a serious withdrawal of the rights they have been fighting for for 20 years. Women have already emerged who have been forced from their jobs and ordered to return to their homes.

Despite the Taliban saying they want to create a safe environment, many Afghans fear that their rule will be violent and oppressive.

The Taliban say they want to form an “inclusive, Islamic government” with other factions and have held talks with senior politicians.

How is the Taliban funded and who is leading the group?

It mostly gets its money through opium and drug trafficking. Rebels are also often involved in ransom plans.

In the areas where the Taliban already had control, they often raised money by taxing farms and other businesses.

They also received support from supporters.

Mawlawi Haibatullah Akhundzada was named Taliban’s supreme leader in 2016 when a drone strike killed his predecessor.

He is widely believed to be the spiritual leader of the rebel group rather than a military leader.

He is the head of the political office that was part of the team that negotiated the withdrawal of American troops.