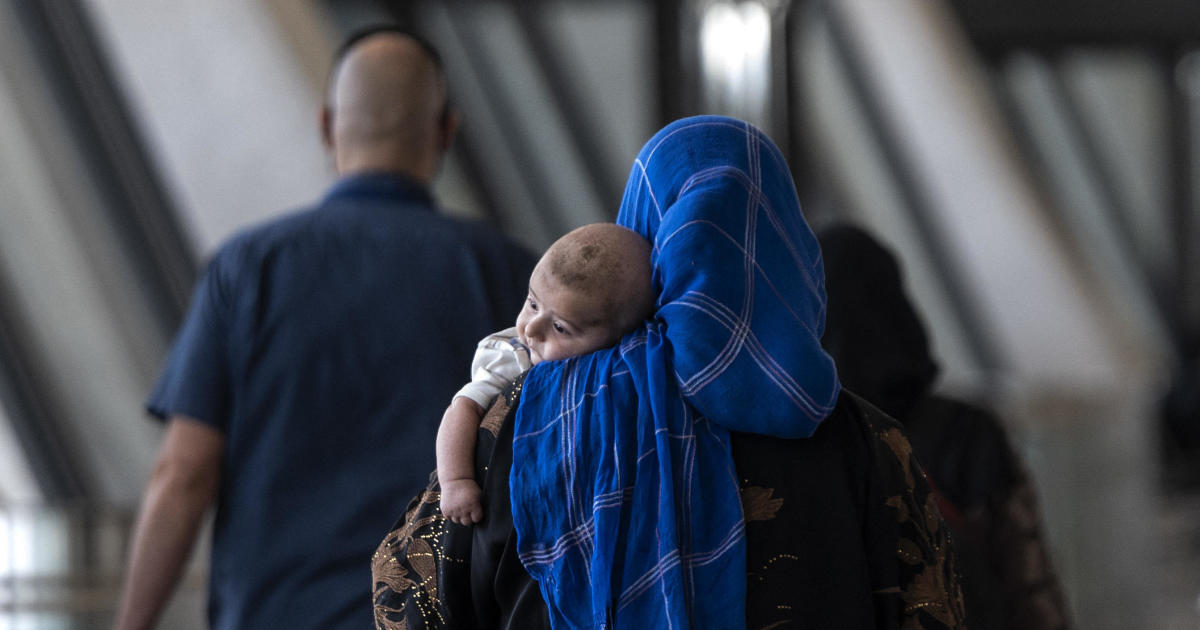 A handful of states, including California and Texas, will receive a disproportionate number of tens of thousands of Afghans evacuated to the United States, while other states are expected to resettle fewer than a dozen evacuees or none at all, according to government data obtained by CBS News.

The Biden administration this week notified state authorities of the number of Afghan evacuees each state may receive in the coming weeks as part of the first phase of a massive resettlement operation designed to place nearly 37,000 refugees from Afghanistan in American communities.

The other states set to receive more than 1,000 Afghan evacuees during the initial resettlement phase are Maryland, Michigan, Virginia, Missouri, New York, Georgia, North Carolina and Florida, according to government statistics first reported by The Associated Press .

Alabama, Arkansas, Delaware, Louisiana, Mississippi, Montana and North Dakota are all ready to resettle fewer than 100 Afghans. Alabama and Mississippi are expected to receive only 10 evacuees.

Hawaii, Wyoming, West Virginia and South Dakota are not currently intended to resettle any evacuees from Afghanistan.

The 37,000 Afghans expected to be resettled in communities across the country in the coming weeks make up a subgroup of a large number of evacuees from Afghanistan who have been relocated to the United States.

As of Wednesday morning, there were more than 53,000 Afghan evacuees at eight military installations across the U.S. mainland serving as temporary housing while the newcomers complete immigration papers as well as vaccination against measles and COVID-19, according to internal data obtained by CBS News.

Other Afghans brought by air from Kabul and taken to the United States did not go to the military sites because their immigration papers had been completed abroad.

In addition to the Afghans being transported to the United States, more than 12,000 evacuees were back at military sites in Germany, Spain, Italy, the United Arab Emirates and Qatar on Wednesday morning, awaiting U.S. security checks and immigration treatment.

U.S. flights of evacuees are currently suspended due to a handful of measles cases among the new arrivals, which were only discovered last Friday.

The Biden administration has asked Congress for funding to support the resettlement of up to 65,000 Afghans through October and a further 30,000 over the following fiscal year.

Some of the Afghans who came to the United States helped the U.S. war effort and have special immigrant visa cases that also allow their spouses and children to achieve permanent U.S. status. Other Afghans have gained US access because they were determined to be in danger in Taliban-controlled Afghanistan, including women, children, journalists, activists, humanitarian aid workers and US embassy staff.

Most evacuees have entered the United States during parole, a process that allows entry for immigrants who have not been granted visas for humanitarian reasons.

The State Department created the Afghan Placement and Assistance (APA) program to help Afghan inmates who do not qualify for traditional refugee benefits or a direct path to U.S. permanent status.

The program is designed to help the nine national resettlement agencies and their local affiliates assist Afghan probationers with housing, food, clothing and other services that facilitate their integration into American communities.

Because many Afghan probationers do not have pending special visa applications, the Biden administration has called on Congress to allow them to apply for green cards after a year in the United States.

Unless Congress creates a legalization program for them, Afghan probationers may have to go into the run-down U.S. asylum pipeline to try to become permanent in the United States.