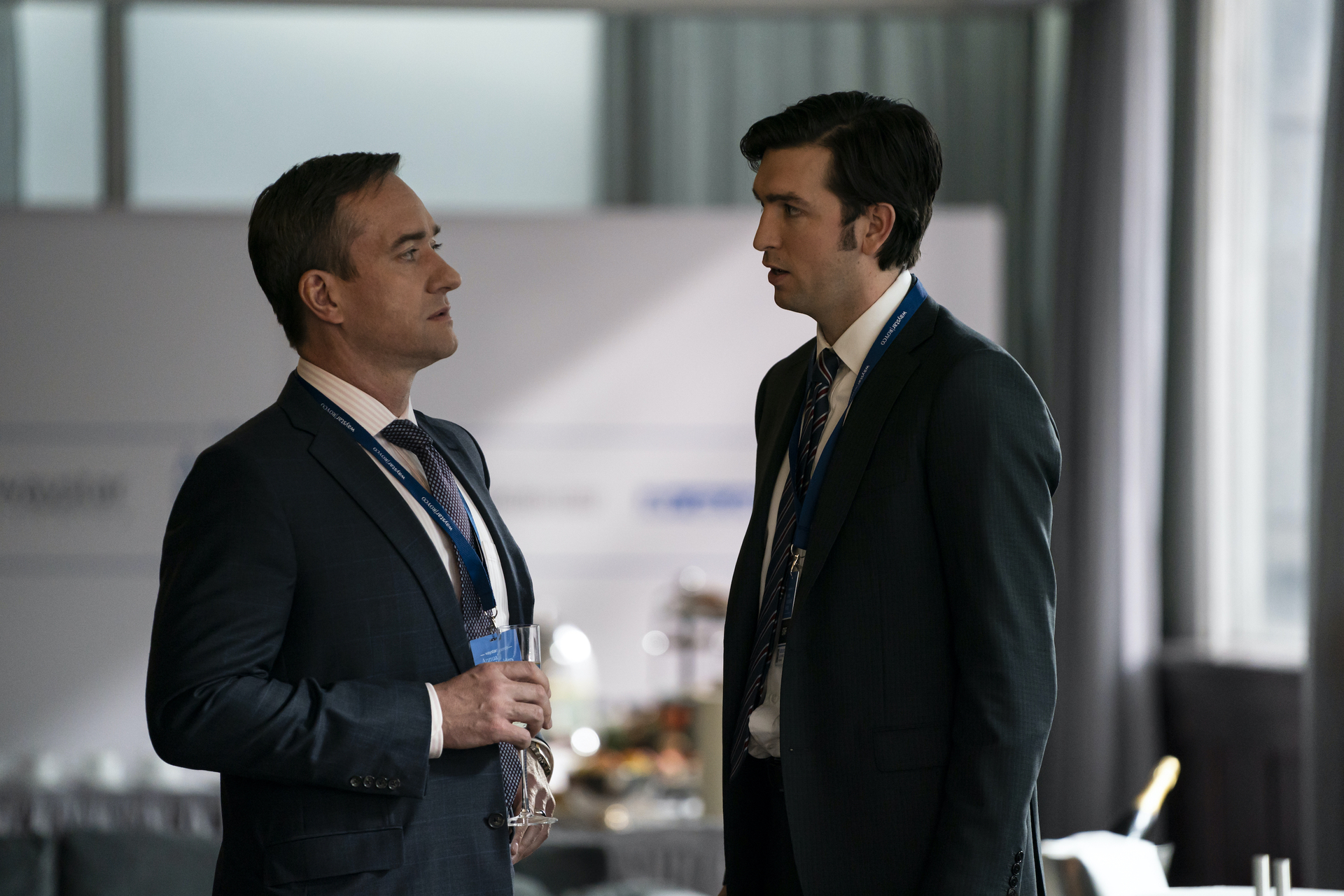 Tom Wambsgans has had many interesting speeches over the course of Inheritance Sseason 3 (who could forget that he told Greg he wanted to “get married and castrate him with a heartbeat”?).

And in episode 6, he made another interesting analogy.

In “What It Takes”, Tom (played by Mattew Macfadyen) takes Greg out for breakfast in the gloom and darkness of the night, as both men are worried about the prospect of going to jail for the cruise scandal, leaning against each other for support. .

While Greg struggles with his eggs, Tom tells him he has to tackle it “like Afghanistan,” adding: “start in the center and make an operations base and then move out to secure more territory.”

The analogy appears to be a reference to the US war in Afghanistan, which took place from 2001 to mid-2021.

The United States launched an international conflict in Afghanistan following the terrorist attacks of September 11, 2001.

President George W. Bush launched the war in October 2001 to dismantle al-Qaeda, to capture al-Qaeda figures linked to 9/11, and also to expel the Taliban from Afghanistan.

American and British warplanes began targeting Taliban bases at the time, helping to support the country’s Northern Alliance forces’ fight against them.

In 2002, President George W. Bush introduced the second phase of the war, in which US troops helped rebuild Afghanistan, while the war effort also turned against Iraq.

Tom’s analogy is a reference to how American troops had a large base in Parwan at Bagram Airfield, and when operations were spread across the country, the United States had several bases, including one in Kandahar.

It was not just the United States that had troops in Afghanistan: British and Canadian troops were stationed in the south, and German and Italian troops were based in the north and west of the country.

In 2003, US Secretary of Defense Donald Rumsfeld declared that “major fighting” had ended in Afghanistan, even though troops were left to carry out President Bush’s reconstruction plan.

The Taliban started a resurgence in 2005 and renewed the conflict with US forces, and in 2009 President Barack Obama approved the deployment of more troops to Afghanistan to fight the Taliban, and he did so again in 2010.

In addition to an increase in US troops in Afghanistan, there was also an escalation of drone strikes in Pakistan from the US

On May 1, 2011, al-Qaeda leader Osama bin Laden was killed by US forces in Pakistan.

The United States and NATO mission in Afghanistan formally ended on December 28, 2014, and a reduced force of 13,000 troops remained to help train Afghan soldiers.

President Joe Biden fully withdrew troops from Afghanistan on August 30, 2021, and just 15 days earlier, the Afghan government had collapsed and the Taliban took over Kabul.

Succession is sent every Sunday at 21.00 EST on HBO and HBO Max.