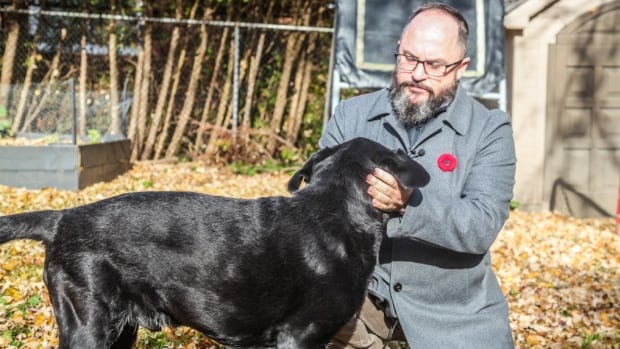 Afghanistan’s rapid and shocking fall into Taliban forces this summer has forced Canadian soldiers who served and sacrificed there during Canada’s 13-year involvement in the conflict to reconsider the significance of their role in the country.

In April, US President Joe Biden announced that US troops would begin leaving Afghanistan in May after a 20-year presence.

By August, the Afghan government had collapsed and Taliban fighters had entered the presidential palace in Kabul.

“I was overwhelmed by memories of things I had not thought of in a long time,” said retired Lieutenant Colonel Steve Nolan from his suburb of Ottawa’s backyard.

Now Nolan works as a cybersecurity expert and remembered a conversation he had over tea with an Afghan army colonel at a NATO base operating 12 years ago.

The man told the Canadian soldier a parable about a wise old farmer. The farmer took his two sons aside and encouraged one to join the Afghan National Army and the other to join the Taliban.

In this way, the family was guaranteed to be represented on the winning side of the war. The joke surprised the young soldier.

“At the time, I really thought he was testing me – testing NATO’s determination – like, ‘How long are you really going to be here?'” Nolan said.

Afghan veterans reflect on the country’s fall to the Taliban

Retired Lieutenant Colonel Steve Nolan and retired Colonel Mark Gasparotto, who both served in the Canadian Armed Forces in Afghanistan, say it was shocking and surreal to see the country fall for the Taliban. 2:00

But for Nolan, who was awarded a Meritorious Service Decoration in 2010, and the 40,000 Canadian men and women who served there, this Remembrance Day brings out complicated emotions.

He said he struggles with his identity as a “war veteran” and still finds it easier to recognize the figure in his memories of older, decorated soldiers he would encounter over Royal Canadian Legion clam dinners when he visited as a newly enlisted soldier.

He now understands the Afghan officer’s parable in a different light.

“Now that I think back on it, I realize it’s just a sign of the culture that they’ve seen so many armies marching through, and it’s nicknamed ‘The Graveyard of Empires’ for a very good reason,” he said.

In July, Chief of Defense General Wayne Eyre wrote an open letter describing the ‘pain and doubt’ felt by those serving in Afghanistan, telling veterans of the conflict to “keep their heads high” after Panjwaii fell to the Taliban.

Today, retired Colonel Mark Gasparotto is also looking for new meaning in what he accomplished on several trips as a combat engineer in Afghanistan.

“I’ve had almost a decade and a half to process it,” said Gasparotto, who in 2010 wrote Clears the road, the story of his battalion’s efforts to build Ma’Sum Ghar, a NATO base high in the country’s southeastern hills.

In the final year of his 20-year career, Gasparotto was the military chief of a UN team in Haiti that provided security during the election of President Jovenel Moïse.

Even on the same day in July 2021, Ma’sum Ghar fell to the Taliban and Jovenel Moïse was assassinated.

“It certainly felt that day that all my performance in uniform was for nothing,” Gasparotto said.

He said over time, he is starting to feel less personally crushed by the global events of 2021.

“We did our best to make room for a possible future to emerge, and it just did not work out,” he said.

“You must learn to fight well in life and be grateful for what you have.”

As he does every year, Gasparotto will receive the Remembrance Day service on “sacred land” – Beechwood National Military Cemetery.

“I know many of the people who are buried there. In some cases, I saw them die.”

When the ceremony is over and the crowd has thinned out, he and friends will likely share memories and a bowl of whiskey with the fallen.

Ottawa tomorrow11:45Reflections from two veterans of the war in Afghanistan.

When military veteran Steve Nolan is asked what it was like to fight in Afghanistan, he still has a hard time explaining. On this day of remembrance, after the Taliban regained control last summer, two veterans of the war in Afghanistan reflect on their time in combat. 11:45