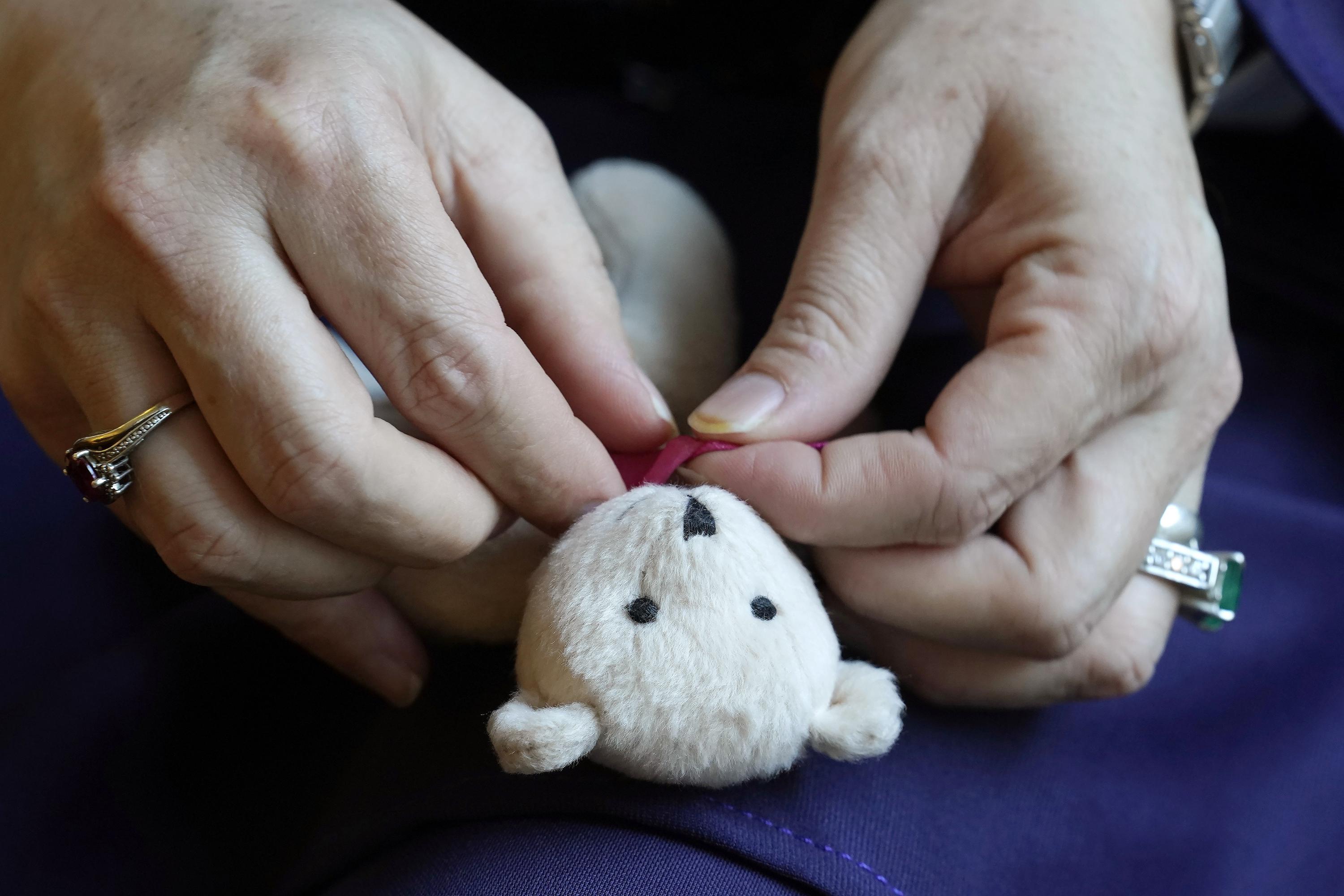 LOWELL, Mass. (AP) – More than 28,000 Afghans have applied for temporary entry into the United States for humanitarian reasons since shortly before the Taliban recaptured Afghanistan and triggered a chaotic US withdrawal. but only about 100 of them have been approved, according to federal officials.

The US Citizenship and Immigration Services has struggled to keep up with the increase in applicants for a little-used program known as humanitarian probation but promises that it will increase staff to address the growing backlog.

Afghan families in the United States and immigrant groups supporting them say the slow pace of approvals threatens the security of their loved ones, who are facing an uncertain future under the harsh Islamic government because of their ties to the West.

“We’re worried about their lives,” said Safi, a Massachusetts resident whose family sponsors 21 relatives seeking humanitarian parole. “Sometimes I think there will be a day when I wake up and receive a call that they are no more.”

The 38-year-old American resident, who asked that her last name not be used for fear of retaliation against her relatives, hopes to be able to bring her sister, her uncle and their families over. She says the families have been in hiding and that their house was destroyed in a recent bombing because her uncle had been a prominent local official before the Taliban took over.

The slow pace of approvals is frustrating because families have already paid hundreds, if not thousands, of dollars in handling fees, says Chiara St. Pierre, a lawyer at the International Institute of New England in Lowell, Massachusetts, a refugee resettlement agency helping Safi’s family.

Each parole application comes with a $ 575 fee, which means that USCIS, which is primarily fee-funded, has been sitting at about $ 11.5 million from Afghans alone for the past few months, she and other advocates complain.

“People are desperate to get their families out,” said St. Pierre, whose nonprofit organization has filed more than 50 parole applications for Afghan nationals. “Do we not have a duty to the people who are left behind, especially when they follow our immigration laws and use the opportunities they have?”

Victoria Palmer, a spokeswoman for USCIS, said the agency has trained 44 additional staff to help deal with the increase in application. By mid-October, the agency had only six employees detailed to the program.

Of the more than 100 approved per. July 1, some are still in Afghanistan and some have reached third countries, she said, refusing to give details. The program typically receives fewer than 2,000 requests annually from all nationalities, of which USCIS approves an average of about 500, according to Palmer.

Part of the challenge is that humanitarian probation requires a personal interview, which means they have to travel to another county in Afghanistan with a functioning U.S. embassy or consulate as part of the screening process. U.S. officials warn that it could then take months longer, and there is no guarantee that parole will be granted, even after the interview.

Humanitarian probation does not provide a path to legal permanent residency or grant U.S. immigration status. It is intended for foreigners who are not able to go through asylum or other traditional visa processes, but who need to leave their country immediately.

The backlog of requests for parole comes on top of the more than 73,000 Afghan refugees who have already been evacuated from the country as part of Operations Allies Welcome, which was focused on Afghans working for the US government as interpreters and in other jobs.

Most have arrived in the country and have resided at military bases and awaited resettlement in communities across the country, though about 2,000 are still abroad awaiting permission to enter the United States, according to Palmer.

But proponents question some of USCIS ‘recent decisions on Afghan humanitarian probation, such as prioritizing applications from those already living in other countries. They say that approach runs counter to the program’s purpose of helping the most vulnerable.

The Biden administration should instead focus on applications from women and girls, LGBTQ people and religious minorities still in the country, said Sunil Varghese, of the New York-based International Refugee Assistance Project.

It could also do without some of the financial documentation required for applicants and their sponsors, as Congress has passed legislation makes Afghan evacuees eligible for refugee benefits, said Lindsay Gray, CEO of Vecina, an Austin, Texas-based group that trains attorneys and volunteers on immigration issues.

Palmer did not directly address the criticism, but said the agency decides in each case whether there is a “special, well-documented reason” to approve humanitarian probation and whether other protections are available. USCIS is also considering whether the person already has U.S. ties, such as a family member with legal status or previous work for the U.S. government, among other factors.

Meanwhile, Afghans in the United States have little choice but to wait and fret.

Bahara, another Afghan living in Massachusetts who asked to have her last name detained because of concerns for her family, says she has been plagued by guilt over her decision to leave her country to attend a local university.

The 29-year-old boarded a plane on August 15, just hours before the Taliban swept into Kabul’s capital, leading to one of the largest mass evacuations in U.S. history.

“It was my dream, but it changed completely,” Bahara said, referring to enrolling in a U.S. graduate program. “I could not stop thinking about my family. I could not sleep the first few weeks. The only thing I did was cry, but it did not help.”

Bahara said her family is concerned because Taliban officials have paid unannounced visits to people like her father, who worked with the US government, after the militant group was initially ousted from power by the United States following the 9/11 terrorist attacks. 2001.

An American family is now sponsoring her family for humanitarian probation, giving Bahara hope even as she mourns her country’s current situation.

“I can not believe how everything just collapsed,” said Bahara, who founded a children’s literacy program in Afghanistan. “All the performance and hard work became just zero, and now people are suffering.”

Baktash Sharifi Baki, a green-card holder who has lived in the United States since 2014, was forced to take more drastic measures as Afghanistan quickly disbanded this summer.

The Philadelphia resident, who served as an interpreter for the U.S. government, traveled back in August in hopes of bringing his wife, daughter, mother and son of God to safety.

But the family was unable to board any of the last commercial flights from Kabul. Baki has appealed to the US government to allow them to board one of the recently resumed charter flights.

Meanwhile, a friend in Louisiana has offered to act as the family’s sponsor of a humanitarian probation application, even to cover the expensive fees.

Baki and his family live so far with relatives in the northern city of Mazar-e-Sharif. But he worries that his modest cash savings are waning, just as the region’s harsh winter sets in and Afghanistan’s economic crisis deepens.

“We are really facing a bad situation here,” Baki said. “We have to get out.”