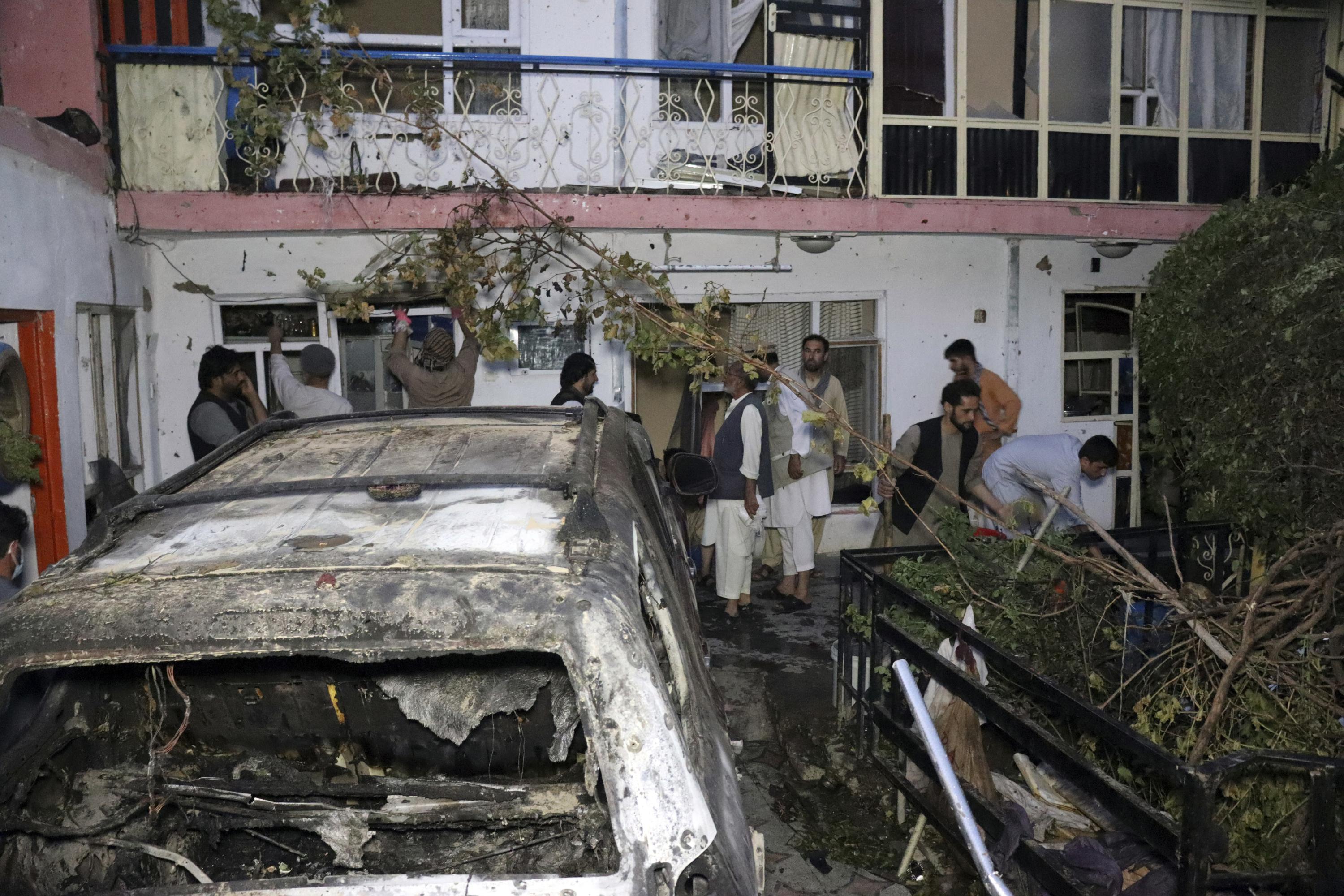 WASHINGTON (AP) – An independent Pentagon review has concluded that the US drone strike that killed innocent Kabul civilians and children in the last days of the Afghanistan war was not caused by dishonesty or negligence, and it does not recommend any disciplinary action. .

The review, conducted by Air Force Lieutenant General Sami Said, found that there were breakdowns in communications and in the process of identifying and confirming the target of the bombing. Said concluded that the erroneous attack happened despite cautious measures to prevent civilian deaths.

“I found that given the information they had and the analysis they were doing – I understand that they came to the wrong conclusion, but … it was fair to conclude what they concluded based on what they “It was not unreasonable. It just turned out to be wrong,” Said said. He is the Inspector General of the Air Force and is considered independent as he had no direct connection to Afghanistan operations.

His review said the drone strike should be considered in the context of the moment when US forces under stress were flooded with information about threats against troops and civilians at Kabul airport, just days after a deadly suicide bombing. Thousands of Afghans thronged the airport, trying to get out of the country after the Taliban took power.

Said found that better communication between those making the strike decision and other support staff could have raised more doubts about the bombing, but in the end may not have prevented it.

Said was asked to investigate the drone attack on August 29 on a white Toyota Corolla sedan that killed Zemerai Ahmadi and nine family members, including seven children. Ahmadi, 37, was a longtime employee of a U.S. humanitarian organization.

The intelligence about the car and its potential threat came a few days after an Islamic State suicide bomber killed 13 US soldiers and 169 Afghans at an airport gate in Kabul. The United States worked to evacuate thousands of Americans, Afghans and other allies in the wake of the collapse of the country’s government.

Said concluded that US forces really believed that the car they were following was an imminent threat and that they had to attack it before it got closer to the airport.

He said repeated reviews of the video from that day showed that two minutes before the strike began, there was evidence that a child was in the strike zone.

Said, who said he himself saw the video, said the troops in the attack cell did not see the child.

“I’m just saying it’s not 100% obvious,” he said. “You have to be like that, without laughing, looking for it. But when you look for it, at least afterwards, if you ask me, was there evidence of the presence? Yes, it was there.”

Steven Kwon, chairman of Nutrition and Education International, who hired Ahmadi, said he was deeply disappointed with the review.

“According to the inspector general, there was an error, but no one acted incorrectly, and I wonder how can that be?” said Kwon in a statement. “It is clear that good military intentions are not enough when the result is 10 precious Afghan civilian lives lost and reputations destroyed.”

The report, which has been approved by Secretary of Defense Lloyd Austin, provided several recommendations that have been passed on to Chiefs of the US Central Command and US Special Operations Command. The review recommends that more be done to prevent what military officials call “confirmation bias” – the idea that troops making the decision to attack were too quick to conclude that what they saw was in line with intelligence and confirmed their conclusion to bomb what turned out to be the wrong car.

Specifically, the notification said the military should have personnel present with a strike team and their task should be to actively question such conclusions. The report says that the use of a so-called “red team” in such self-defense attacks, which are carried out quickly, can help avoid mistakes.

Said also recommended that the military improve its procedures to ensure that children and other innocent civilians are not present before launching a time-sensitive attack.

These changes, he said, could “go a long way in greatly reducing the risk of this happening again” in these types of fast-moving self-defense attacks.

For days after the attack, Pentagon officials claimed it had been carried out correctly, despite rising reports that more civilians and children had died and growing doubts that the car contained explosives. Said’s review concluded that officials made their initial assessments too quickly and did not make enough analyzes.

Although Said’s report does not find individual errors or recommends discipline, he said commanders can decide to take administrative action once they have reviewed his report. He said the commanders can look at the report and determine that there was “subordinate performance” and decide to decredential, retrain or fire staff.

“You must not perceive the fact that I did not call any person out with responsibility, that it does not mean that the command path will not,” he said.

The United States is working to pay financial compensation to the family and potentially get them out of Afghanistan, but nothing has been finally determined.

Another defense attorney said Austin has requested that General Frank McKenzie, chief of the US Central Command, and General Richard Clarke, chief of the US Special Operations Command, return to him with recommendations for changes to resolve the gaps.

Said’s review reflects many of the findings McKenzie outlined several weeks after the investigation.

The Central Command’s review found that U.S. forces tracked the car for about eight hours and launched the attack in a “sincere belief” – based on a standard of “reasonable security” – that it posed an imminent threat to U.S. troops at Kabul airport. The car is believed to have had explosives in the trunk.

The air strike was the last in a US war that ended a few days later when the last US troops flew out of Kabul airport, leaving the Taliban in power.