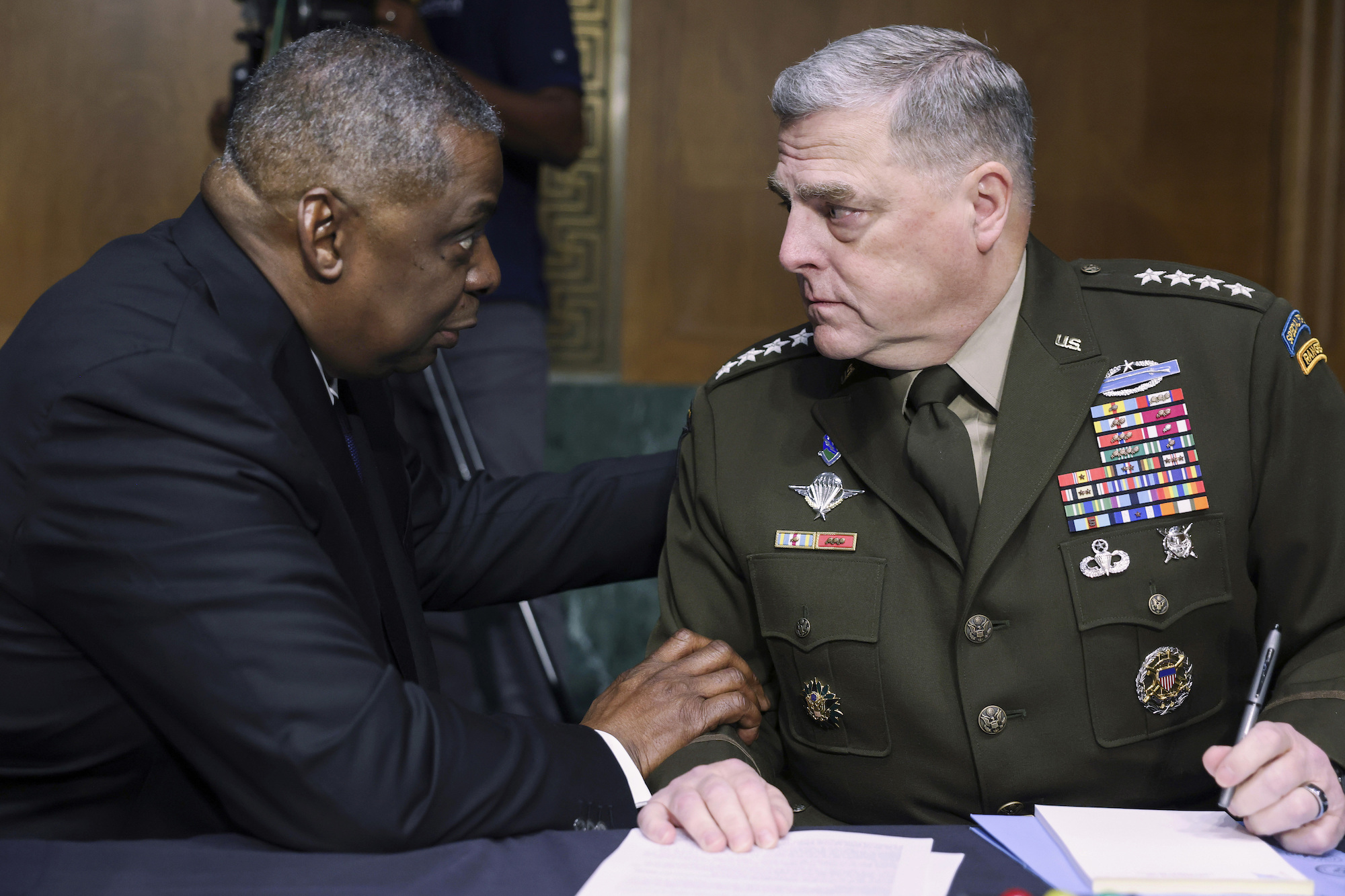 Asked why the United States did not anticipate the rapid collapse of the Afghan army, Milley said that in his view, the US military lost its ability to see and understand the true state of the Afghan forces when it stopped the practice of having advisers a few years ago. . along with the Afghans on the battlefield.

“You can not measure the human heart with a machine, you have to be there,” Milley said.

Austin acknowledged shortcomings in the last airlift from Hamid Karzai International Airport, which began on August 14, such as an initial wave of violence at and near the airport that led to more deaths among Afghan civilians. But he claimed the airlift was a historic feat that removed 124,000 people from the Taliban regime.

“To be clear, the first two days were tough,” said Austin, a veteran of the war. “We all saw with alarm the pictures of Afghans hurrying on the runway and our plane. We remember all the scenes of confusion outside the airport. But within 48 hours, our troops restored order and the process began to take off.”

The Biden administration faces criticism on several fronts for its handling of the final months of the war.

Late. James Inhofe, the ranking Republican in the armed services panel, told Austin and Milley that the withdrawal and evacuation was an “inevitable disaster.”

Republicans in particular have intensified their attacks on Biden’s decision to withdraw all troops from Afghanistan by August 30, saying it made the United States more vulnerable to terrorism. They demand more details about the suicide bombing in Kabul that killed 13 US officials in the last days of the withdrawal.

The withdrawal ended the longest war in U.S. history. The Biden administration and some Democrats in Congress have claimed that Trump bears some of the blame for the war ending in a Taliban victory since his administration signed an agreement with the Taliban in 2020 that promised a full US withdrawal by May 2021. They have also pointed to a years-long American failure to build an Afghan military capable of standing up to the Taliban.

“This is not a democratic or republican problem. These failures have manifested themselves over four presidential administrations from both political parties,” said Sen. Jack Reed, DR.I, the day after the Taliban took over Kabul on August 15.