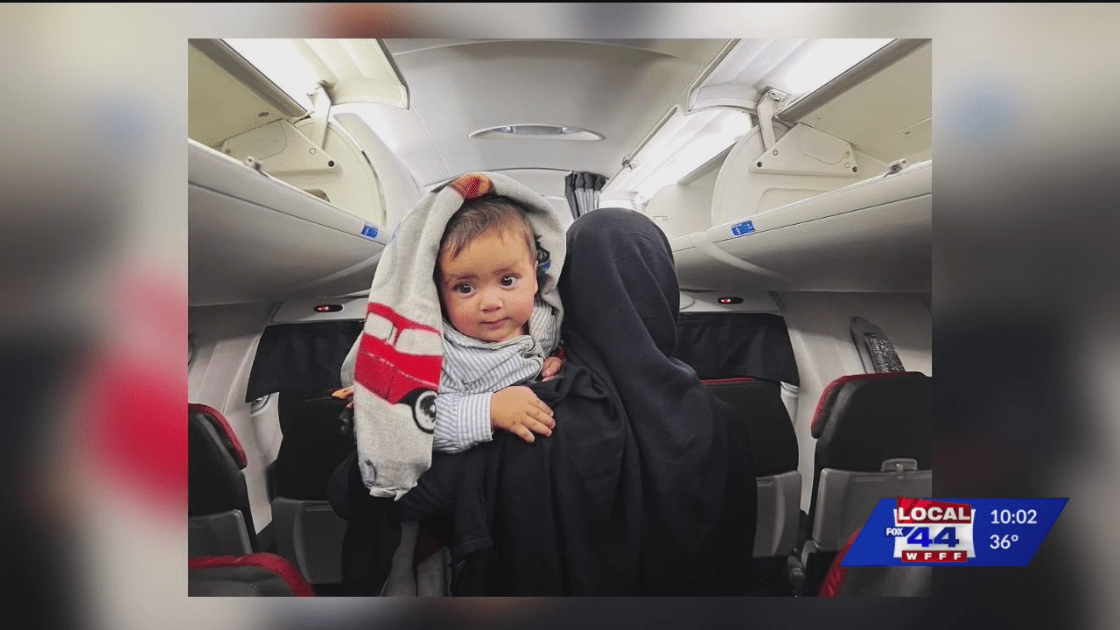 BURLINGTON, Vt. (WFFF) – Vermont has begun seeing more Afghan refugees arrive at Burlington International Airport after being delayed at military bases for weeks. Several families are scheduled to arrive this week, and when all is said and done, Vermont will welcome 100 new refugees, each arriving after months of escalating conflict in Afghanistan.

We have already seen efforts to help them feel welcome in Vermont. Freelance photographer James Buck has been around the world documenting the struggles of refugees and survivors for relief organizations.

“When there’s a major global crisis, it’s a photographer’s job to witness and let people understand the experience and open their hearts to their fellow human beings, that’s what I see myself doing,” Buck said.

But his latest photos were taken aboard an American Airlines plane en route to Burlington last Friday. He noted that there was a family of Afghan refugees on board and offered to help translate for them. “My heart just lit up, I really wanted to be there for them because I know they had issues with the flight attendants and staying seated,” Buck said. “They were a family with five children who were having trouble getting translation to happen.”

Buck said he has not been able to go to Afghanistan and capture the ongoing conflict, but he has done some work from the outside, including helping refugees get visas. “I am in regular contact with Afghans in Kabul who are changing day by day because they are being chased by the Taliban,” Buck said. “They’re so scared of what might happen to them.”

The 2021 climate assessment says Vermont is getting warmer, wetter

His message to this family was simple: “I am your friend.” Why did he feel that this particular message was important to get through?

“The first thing I try to do is make people feel comfortable. Some of the best photoshoots I’ve had did not end with a photoshoot. They ended up with a hug,” Buck said. really wanted for that family, was to feel safe and welcome in this scary new place they came to. “

Director of State Refugees Tracy Dolan said the stay for refugees at military bases is largely caused by the large number of people who want to come to the United States. More families are expected to arrive next week.