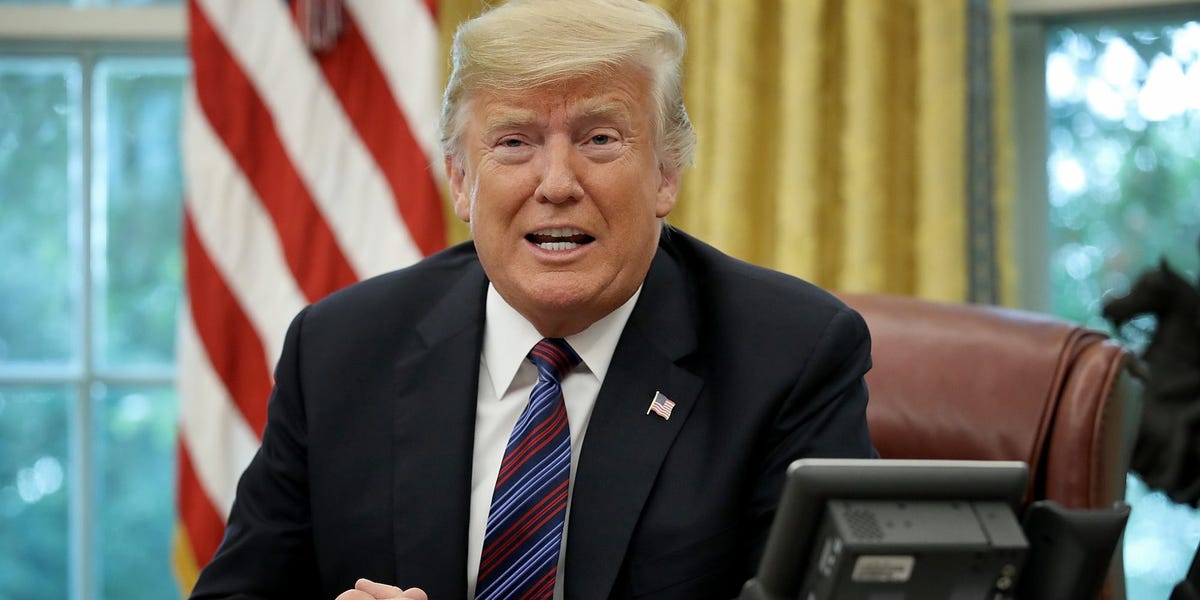 We are so sad! We encountered a system error and could not receive your email this time.

Thank you for signing up!

During a phone call with a Taliban negotiator in early 2020, then-President Donald Trump threatened to destroy the negotiator’s hometown if the militant Islamist group threatened Americans or American interests, according to a new book by the former White House chief of staff. Mark Meadows.

The Trump administration at the time was engaged in negotiations with the Taliban, which produced a pact – the Doha Agreement, signed in February 2020 – that would force US troops to leave Afghanistan.

“Before we start this retreat,” President Trump said, “I want to make something clear. Let me just tell you right now that if something bad happens to Americans or American interests, or if you ever come over to our country, we will hit you with a force that no country has ever been hit with before – a force so big that you will not even believe it, “Meadows wrote.

Meadows remembered Trump saying, “And your village, Mullah? We know where it is. We know it’s the Weetmak village. If you dare lay your hands on a single American, that’s going to be the first thing I destroy.” I will not hesitate. “

If a world leader ordered a strike knowing that it would kill civilians, or deliberately targeted civilians, it could constitute a war crime.

During the war in Afghanistan, US airstrikes often killed civilians. This was especially true under Trump, who eased the rules of action for strikes in 2017 and saw civilian casualties skyrocket during his tenure.

Trump has previously publicly threatened to commit war crimes. In January 2020, he said the U.S. military would attack Iranian cultural sites if the country retaliated against the United States for assassinating one of its most prominent generals, Major General Qassim Suleimani.

The president in the phone call quoted by Meadows spoke with Mullah Abdul Ghani Baradar, a Taliban co-founder who was released from a Pakistani prison at the request of the Trump administration in 2018. After the Taliban regained control of Afghanistan in August, Baradar became deputy prime minister in the interim government.

President Joe Biden’s administration faced bipartisan criticism over its handling of the withdrawal, which coincided with the Taliban’s seizure of power, as well as an ISIS-K attack that killed 13 U.S. officials and 170 Afghans near Kabul airport on August 26. The attack confused the Biden administration with an aid worker for an ISIS-K militant and ordered a drone attack that killed 10 Afghan civilians, including seven children.

There are divergent opinions as to who is to blame for how the withdrawal was carried out.

The withdrawal from Afghanistan was initiated through the agreement between Trump and the Taliban. The Doha Agreement has been the subject of much criticism. HR McMaster, Trump’s second national security adviser, in an August podcast interview called the agreement “a surrender agreement with the Taliban.”

“This collapse goes back to the 2020 capitulation agreement. The Taliban did not defeat us. We defeated ourselves,” McMaster said.

Biden largely adhered to the terms of the Trump-era deal, though he pushed back the withdrawal deadline by several months. The bite has been the subject of particular criticism over the fact that Americans and Afghan allies were left behind when the last American troops left. Since then, there has been a continued effort to get people out.

Meadows’ book takes a deeply critical stance on Biden’s handling of the withdrawal, arguing that Trump would have done a far better job. The former White House chief of staff suggested that Biden resign due to Afghanistan’s withdrawal.

Biden has defended the withdrawal by arguing that it was long overdue for the United States to end the war in Afghanistan, which lasted 20 years.

“I refused to send another generation of America’s sons and daughters to fight a war that should have ended long ago,” Biden said in a speech on August 31. “I would not prolong this war forever.”