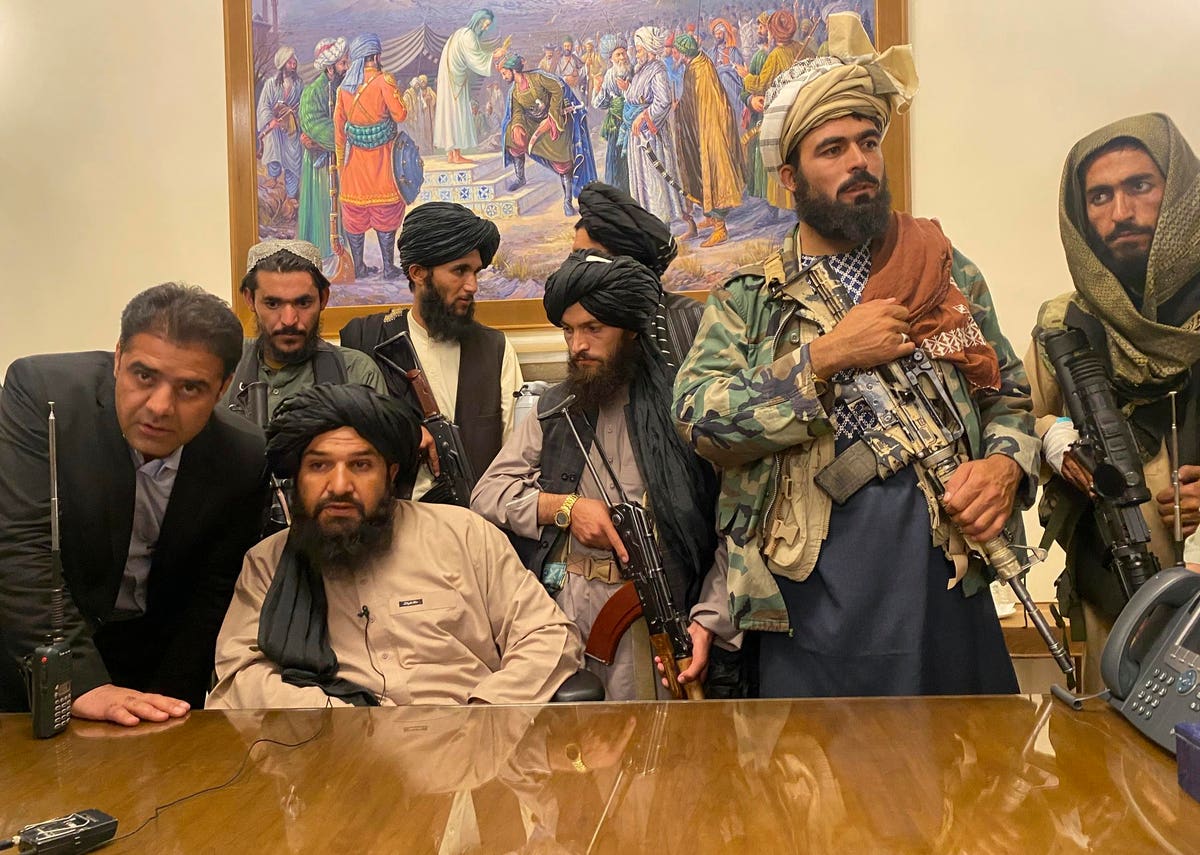 The Taliban have swept through Afghanistan in less than a month in a shocking blitzkrieg, and the 300,000-strong Afghan army has almost melted away on their way. Afghan President Ashraf Ghani, who fled to Tajikistan at the weekend, admitted in a statement that the Taliban had won “by the judgment of their swords and weapons and are now responsible for the honor, property and self-preservation of their countrymen.”

And what about the honor and ownership of Afghanistan’s former occupiers, the United States? Disappeared. Today, thousands of interpreters and their families are waiting for visas to the United States, while Taliban fighters parade triumphantly in captured tanks and humveg paid for by Uncle Sam.

In the 20 years since September 11, 2001, the United States has spent more than $ 2 trillion on the war in Afghanistan. That’s $ 300 million a day, every day for two decades. Or $ 50,000 for each of Afghanistan’s 40 million people. In short, Uncle Sam has spent more on keeping the Taliban in check than the net worth of Jeff Bezos, Elon Musk, Bill Gates and the 30 richest billionaires in America combined.

These headlines include $ 800 billion in direct warfare costs and $ 85 billion to train the defeated Afghan army, which has collapsed in the weeks since the Pentagon’s sudden closure in early July of Bagram Air Force Base eliminated the promise of air support against it. advancing Taliban. U.S. taxpayers have given Afghan soldiers $ 750 million a year in salary. In all, Brown University’s Costs of War Project estimates total spending at $ 2.26 trillion.

And the cost is even greater in terms of lost lives. There have been 2,500 U.S. military deaths in Afghanistan, and nearly 4,000 more U.S. civilian contractors have been killed. It pales next to the estimated 69,000 Afghan military police, 47,000 civilians killed plus 51,000 dead opposition fighters. The cost so far to take care of 20,000 American victims has been $ 300 billion, and another half trillion or so is expected to come.

We will continue to incur costs long after President Biden’s withdrawal from Afghanistan is completed. Of course, the United States has financed the Afghan war with borrowed money. Brown University researchers estimate that more than $ 500 billion in interest has already been paid (included in the total amount of $ 2.26 trillion), and they estimate that by 2050, interest on our Afghan war debt alone could reach 6, $ 5 trillion. That amounts to $ 20,000 for every single U.S. citizen.

Videos taken from the asphalt at Kabul airport show that the 6,000 US troops sent there have not been able to establish a perimeter even around the runways, where Afghans are shown crawling over each other to squeeze into planes. A flight has carried 640 people, with more than 10,000 U.S. citizens said to be waiting for evacuation and thousands more shelters in place. Some were so desperate to escape from the Taliban regime that they clung to the landing gear on transports departing Kabul airport, only to fall to their deaths as the plane began to climb.

There is even less hope for escape for the generation of Afghan women and girls who grew up in a somewhat more liberalized era, but who now face compulsory burqas and vaporized prospects for education and employment (a continuation of the Taliban’s War on women. “) An estimated 1.6 million more women are employed in Afghanistan’s workforce than 20 years ago. The Taliban promise to turn it all around at a human price that is erratic.