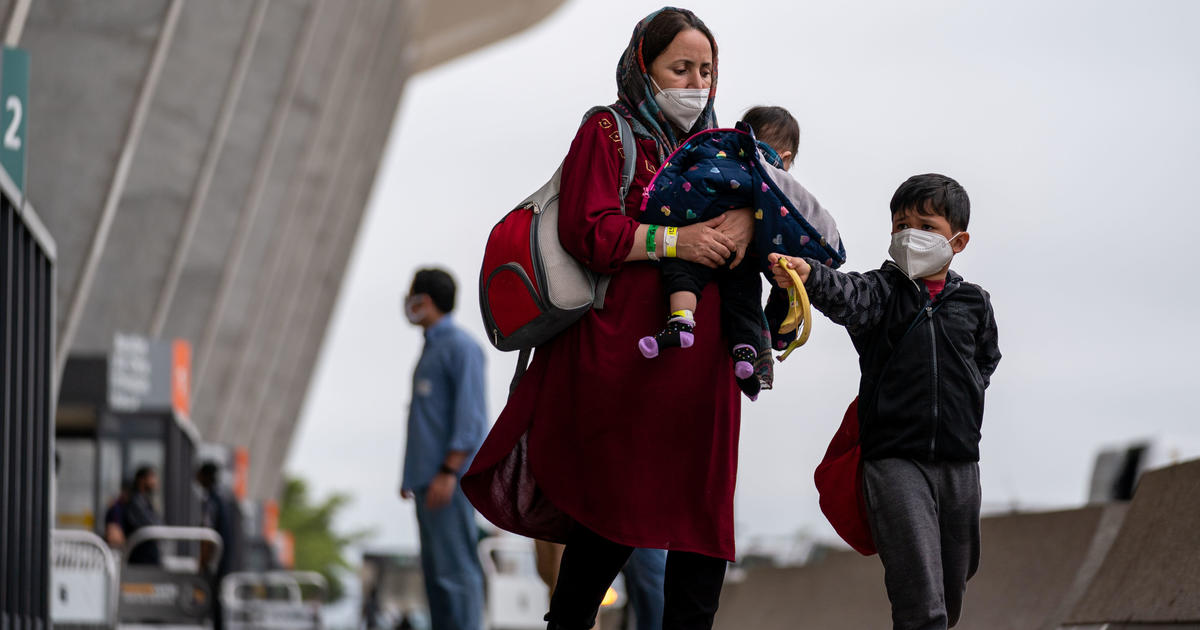 Afghans brought to the United States after July 30 during a humanitarian immigration process known as probation will qualify for a fee waiver on their work permit applications. The United States will also waive permanent residence permit fees for Afghans applying for special immigrant visas because of their work with U.S. military forces.

Lawyers had urged the Biden administration to waive these charges for weeks, saying most of the newcomers from Afghanistan do not have the resources to pay the fees.

The US Citizenship and Immigration Services (USCIS) typically require work permit applicants to pay $ 495 in application and biometric collection fees. The agency can charge up to $ 1,225 in fees to process permanent residence petitions, also known as green card status.

“These actions demonstrate our continued commitment to Afghan citizens who have provided valuable assistance to the United States over the past two decades as well as other Afghans at risk,” Interior Minister Alejandro Mayoraks said in a statement Monday.

Krish O’Mara Vignarajah, president of the Lutheran Immigration and Refugee Service, one of nine national refugee resettlement organizations, welcomed Monday’s statement, saying many of the Afghan families her group serves face financial insecurity and are eager after finding a job.

“This political decision is an economic win-win; we can get these families on the path to self-sufficiency and we can unleash their potential for employers who are desperate for talented workers in the midst of labor shortages,” Vignarajah said.

Since August, about 70,000 Afghans have been relocated to the United States following the rapid Taliban conquest of their homeland, according to the latest government data. They include Afghans who have helped U.S. military forces, their families, family members of U.S. citizens and green card holders, and others who are considered at risk of Taliban persecution, including journalists, aid workers and activists.

About 50,000 evacuees currently live in eight U.S. military sites while completing their legal paperwork, the latest figures from DHS show. They have also received vaccinations against coronavirus, measles and other infectious diseases.

Last week, 14,000 Afghan evacuees had left the military installations to resettle in communities across America. While nonprofits have largely overseen this phase of the resettlement process, the Biden administration last month unveiled an initiative to allow groups of private U.S. citizens to sponsor Afghan families.

Another 2,000 Afghan evacuees remain at bases in the Middle East and Europe, where U.S. officials have conducted security checks and background checks, according to DHS statistics.

While probation allows entry for individuals and allows them to work in the United States, the non-beneficiary provides an opportunity to apply for permanent legal status.

For several months, refugee activists have called for the creation of a legalization program for Afghans, especially those who do not qualify for the special visas, such as journalists and activists, but Congress has not yet approved such a plan.

Instead, in September, Congress created what is believed to be an accelerated asylum process for Afghans who entered the United States during the probation process. Congress instructed USCIS to interview Afghan evacuees within 45 days of submitting an asylum application and, in general, to issue a final decision within 150 days.

USCIS is currently reviewing over 400,000 pending asylum applications, raising concerns among advocates that Afghans could be stuck in this backward process unless a legalization program is established.