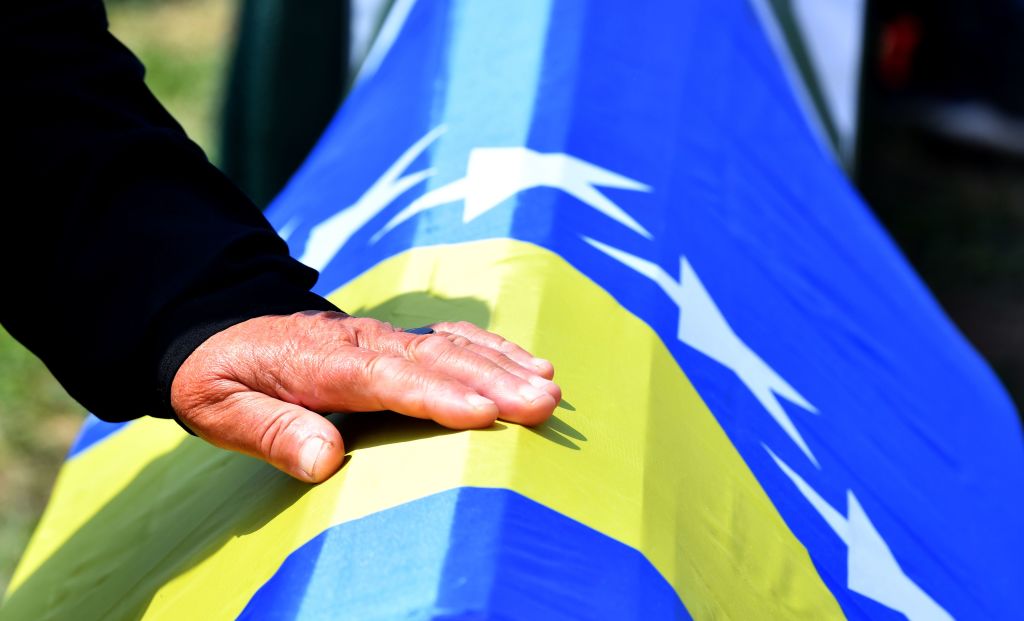 Christian Schmidt, the High Representative for Bosnia and Herzegovina and International Peace Watcher for the country, recently warned that if the international community does not limit the threats of separatist action by Bosnian Serbs, the small western Balkan country could face the worst. ” existential threat from the post-war period. ” His report was supposed to be read before the UN Security Council, but it was taken off the agenda following pressure from Russia.

The man behind the crisis is Bosnian Serb leader Milorad Dodik, who serves as a member of the Bosnian and Herzegovina tripartite presidency, an institution he is actively trying to weaken, although he enjoys the benefits of the position. Dodik has threatened to re-establish the Bosnian Serb army, which was found by the International Criminal Tribunal for the former Yugoslavia as the key agency responsible for mass atrocities, including the infamous genocide in Srebrenica, in which more than 8,000 Bosnian Muslim men and boys were arrested. executed and their bodies hidden in mass graves.

In 1995, the Dayton Peace Agreement was signed in Ohio, ending the bloody three-and-a-half-year war. Over time, however, this peace agreement has intensified divisions. Post-war Bosnia and Herzegovina is administratively divided into two units – Republika Srpska and the Federation. The population of the former is primarily Bosnian Serbs, while the latter are primarily Bosnian and Bosnian Croats. The government at the state level, which was initially quite weak, has been strengthened over the years, mostly through pressure from the US and the EU through the Office of the High Representative. In the initial period, everything seemed to be going well. The economic and political situation slowly developed in a positive direction. The perpetrators were arrested and prosecuted for their crimes. EU and NATO membership seemed to be around the corner. At least that was what we were told.

A crucial turning point was in 2006. British High Representative Paddy Ashdown left his post. Elections were held in which wartime political leader Haris Silajdžić was elected as a Bosnian member of the Tripartite Presidency, while Milorad Dodik became Prime Minister of Republika Srpska. Silajdžić campaigned for the abolition of Serbian unity, while Dodik campaigned for independence. It was a political win-win, and their campaigns brought each other to power through divisive rhetoric. For the past 15 years, Dodik has continued to dominate the political scene and continue the same narratives, which has led to Bosnia’s immediate post-war progress stagnating over time.

Meanwhile, the rise of right-wing extremist nativist ideologies and Islamophobia in Europe and globally gave Bosnian Serbian leadership an ideal opportunity to dehumanize Bosniaks. By branding those “radicals” who want a “Muslim state”, the Bosnian Serb establishment has played directly into the fears of the growing number of right-wing populists in the West. Bosniaks, who are predominantly liberal and promote Bosnia-Herzegovina as a secular state, have been ignored, while the country has instead been represented as a “terrorist” hub, a safe haven for both militant and illegal migrants.

The current crisis unfolding in Bosnia and the rhetoric reminds us of the 1990s, when genocides accused Bosniaks of fundamentalism. The Bosnian Serb military operations consisted mainly of mass imprisonment, mass execution, mass rape and mass graves. Recent rhetoric, together with the general global and regional political situation, has created fear among the citizens of Bosnia and Herzegovina.

As he takes steps to further weaken state-level institutions, Dodik has built alliances with autocrats in Europe. In September this year, the fourth demographic summit in Budapest was attended by nativist leaders with the special participation of former US Vice President Mike Pence.

Dodik was also present. He asked the audience: “Who will live in Europe in 50 years? Will there be Europeans? I live in a region only four and a half hours from here, where migrants come from the Middle East. Do you think it is far from Europe? No , it is not.”

This shows that Dodik is trying to export his dangerous rhetoric beyond Bosnia’s borders. His recent decisions have given rise to concern among Bosnian citizens and international observers. Threats of the potential detachment of the Republika Srpska unit in Bosnia and Herzegovina pose a serious security risk in the region with major long-term consequences. They also carry an implicit threat against the non-Serbs living in this unit, including returnees from the genocide in Srebrenica, Bosniaks, Bosnian Croats and several minorities.

Dayton was headed by the Clinton administration. It is time for the Biden administration to step in and support its allies in Bosnia and Herzegovina, and to maintain peace and its own heritage. Otherwise, Bosnia-Herzegovina could spiral and become yet another Afghanistan.

Hikmet Karcic is a genocide researcher based in Sarajevo, Bosnia and Herzegovina and author of the forthcoming book Torture, humiliation, killing: Inside the Bosnian Serb camp system (University of Michigan Press, 2022). He is a senior fellow at the Newlines Institute for Strategy and Policy in Washington, DC. He was also the 2017 Auschwitz Institute for Peace and Reconciliation-Keene State College global fellow.

The views expressed in this article are those of the author.