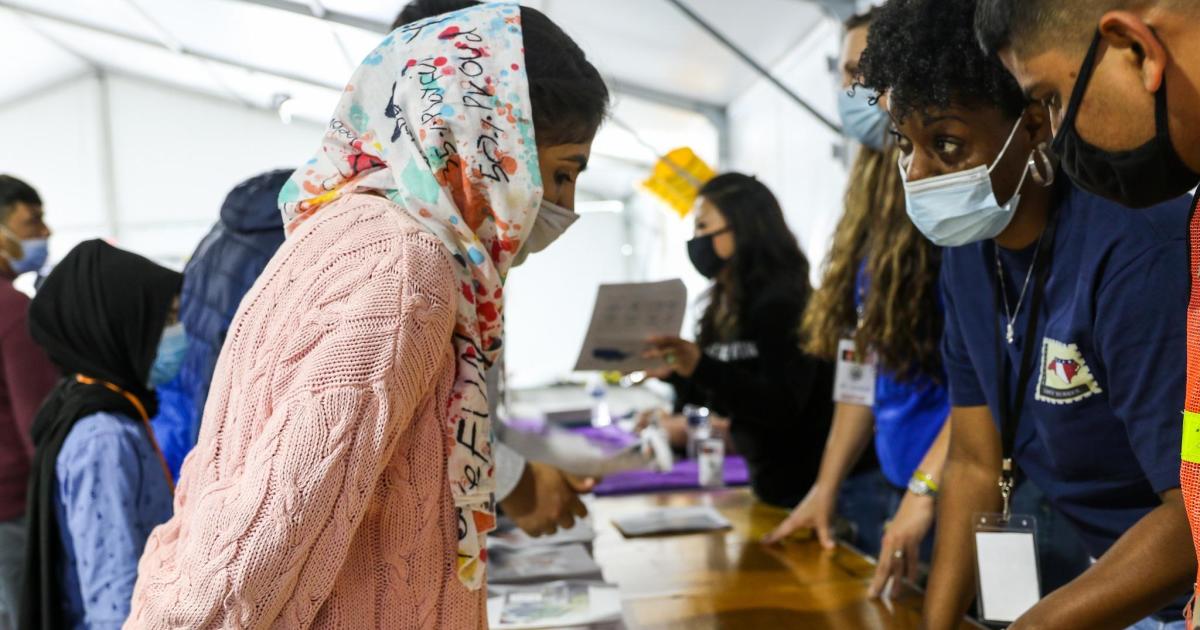 The Biden administration announced on Wednesday that it had stopped housing evacuated Afghans at one of the military sites that have housed them since the summer, citing the increasing pace of their resettlement in the United States.

The last group of Afghan families housed in Fort Lee, Virginia, left the U.S. Army Post Tuesday to be resettled in communities across the country, the Department of Homeland Security (DHS) said.

More than 25,000 Afghans who have moved to the United States after the Taliban conquest of their homeland have left domestic military installations to start new lives in America with the help of resettlement groups, the latest figures from DHS show.

As of Tuesday, 45,000 evacuees from Afghanistan remained at the other temporary residences at seven military installations in Indiana, New Jersey, New Mexico, Virginia and Wisconsin.

“This historic milestone highlights the ongoing commitment and perseverance we have witnessed in welcoming our Afghan allies to the United States through a community-wide effort,” said Robert Fenton, DHS official overseeing the department’s role in the government. efforts to resettle. Afghans.

The US government has not given a concrete time frame for when it wants to move all evacuees from the bases. Krish O’Mara Vignarajah, president of the Lutheran Immigration and Refugee Service, said there should be a “balance” between ensuring families are relocated as quickly as possible and at the same time ensuring they have places to call home.

“We have seen housing challenges, so our concern is to make sure they are not moved away from the military bases and end up as homeless,” Vignarajah told CBS News. “We are just as concerned that families will have warm shelter if they stay at the military bases.”

Fort Lee was the first U.S. military installation selected to host Afghan evacuees. In late July, it began housing Afghans with pending special immigrant visa applications, which were evacuated because of their assistance to U.S. military forces.

The temporary housing facilities have enabled the US government to ensure that Afghan evacuees can be medically screened and vaccinated against coronavirus, measles and other infectious diseases before being resettled. Evacuees have also been able to file work permits and immigration applications on the spot.

The Biden administration was also set up last month a first of its kind program which will allow groups of private U.S. citizens to sponsor and help resettle Afghan evacuees if they raise enough funds. The program still accepts and reviews applications.

Since the summer, U.S. officials have brought more than 73,000 Afghans to the country, including those who helped the U.S. war effort, family members of U.S. citizens and residents, and others determined to be in danger in Taliban-ruled Afghanistan, as journalists and activists.

Before arriving in the United States, the evacuees underwent background and security checks at overseas military bases. On November 15, 2,600 evacuees remained at bases in the Middle East and Europe, according to DHS data.

Earlier this week, the State Department announced temporary limits on the reception of refugees who do not qualify for certain exceptions – a step designed to ease the pressure on resettlement groups focusing on helping Afghans.