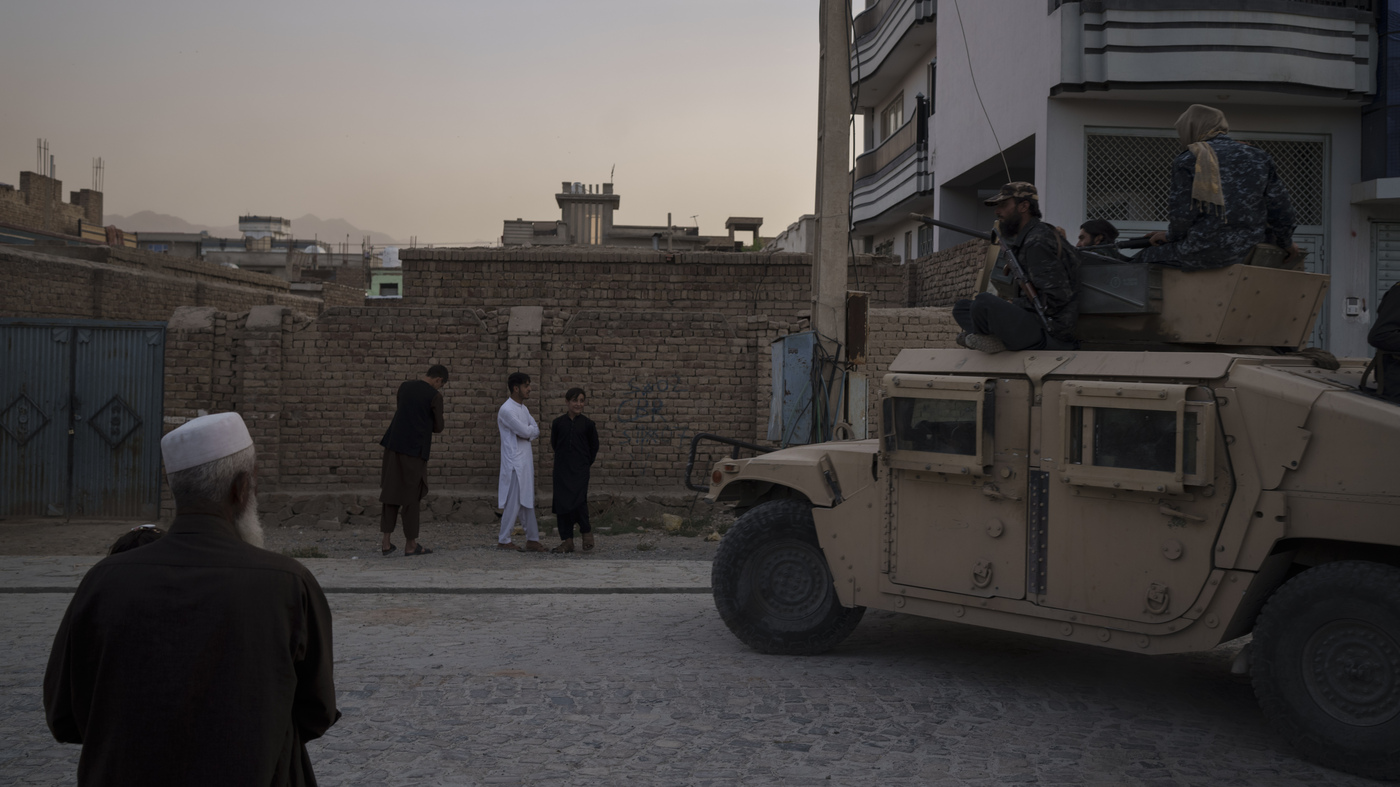 Afghans watch as Taliban fighters ride on top of a humvee after detaining four men involved in a street fight in Kabul, Afghanistan, on September 21, 2021. The Taliban promise a return of some of their harsh punishments, that made them infamous.

Afghans watch as Taliban fighters ride on top of a humvee after detaining four men involved in a street fight in Kabul, Afghanistan, on September 21, 2021. The Taliban promise a return of some of their harsh punishments, that made them infamous.

ISLAMABAD (AP) – Senior Taliban officials and US officials are due to hold talks on Saturday and Sunday to curb extremist groups in Afghanistan and facilitate the evacuation of foreign nationals and Afghans from the country, officials from both sides said.

It is the first meeting of its kind since U.S. forces withdrew from Afghanistan in late August, ending a 20-year military presence there, and the Taliban’s takeover of the nation. The talks are set to take place in Doha, the capital of the Persian Gulf state of Qatar.

Taliban spokesman Suhail Shaheen, based in Doha, told The Associated Press on Saturday that the talks would also revisit the peace deal the Taliban signed with Washington in 2020. The deal had paved the way for the final U.S. retreat.

“Yes, there is a meeting … on bilateral relations and the implementation of the Doha Agreement,” Shaheen said. “It covers different topics.”

Terrorism will also be included in the negotiations, said another official, who spoke on condition of anonymity because he was not authorized to speak to the media.

Since the Taliban took power, Islamic State extremists have accelerated attacks on the militant group as well as ethnic and religious minorities. On Friday, an IS suicide bomber killed at least 46 minority Shia Muslims and wounded dozens in the deadliest attack since the departure of the United States.

IS has carried out relentless attacks on the country’s Shiite Muslims since its uprising in eastern Afghanistan in 2014. IS is also seen as the biggest threat to the United States.

The 2020 U.S.-Taliban deal, negotiated by the Trump administration, demanded that the Taliban break ties with terrorist groups and guarantee that Afghanistan would not again house terrorists who could attack the United States and its allies.

It seems the two sides will discuss in this weekend’s talks how to tackle the growing threat. The Taliban have said they do not want US counter-terrorism assistance and have warned Washington against any so-called “over-the-horizon” attack on Afghan territory outside the country’s borders.

The United States, meanwhile, will seek to hold on to Taliban leaders’ commitment to allow Americans and other foreign nationals to leave Afghanistan, along with Afghans who once worked for the U.S. military or the U.S. government and other Afghan allies. U.S. official.

The official spoke on condition of anonymity because the person was not authorized to speak on behalf of the meetings.

The Biden administration has questioned and complained about the slow pace of U.S.-facilitated evacuations from Taliban-led Afghanistan since the U.S. withdrawal.

State Department spokesman Ned Price said Thursday that 105 U.S. citizens and 95 green card holders have since traveled on flights facilitated by the United States. This number had not changed in more than a week.

U.S. veterans and other individuals have helped others leave the country on charter flights, and some Americans and others have come out across national borders.

Hundreds of other foreign nationals and Afghans have also traveled on recent flights.

Dozens of U.S. citizens are still seeking to get out, according to the State Department, along with thousands of green-card holders and Afghans and family members believed to be eligible for U.S. visas. U.S. officials have mentioned the difficulty of verifying flight manifestations without any U.S. officials on the ground in Afghanistan to help, along with other hold-ups.

The Americans also intend to pressure the Taliban to uphold the rights of women and girls, many of whom the Taliban allegedly block from returning to jobs and classrooms, and Afghans as a whole, and to form an inclusive government, the official said.

US officials will also encourage Taliban officials to give humanitarian organizations free access to areas in need in the midst of the economic upheaval following the US departure and the Taliban’s takeover.

The official stressed that the session did not involve the United States recognizing the Taliban as legitimate governors in the country.