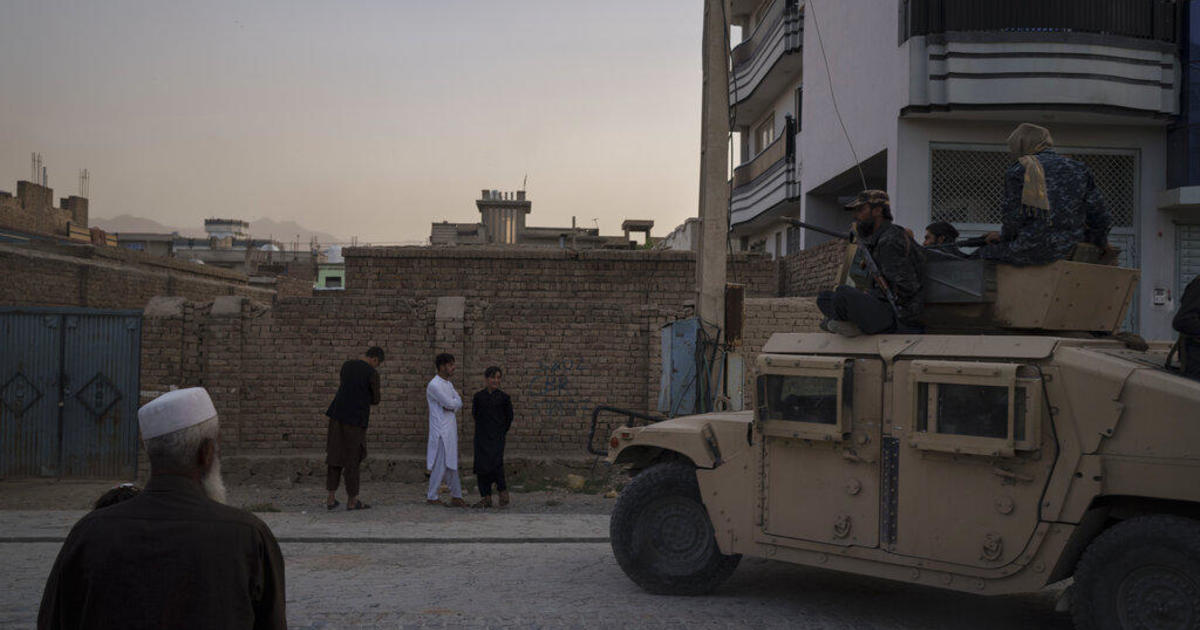 In the first known meeting since the fall of Kabul, a US delegation led by CIA Deputy Director David Cohen sat with the Taliban on Saturday and will meet on Sunday in Doha, the capital of the Persian Gulf state of Qatar, CBS News has learned.

According to a US official, the White House decided to place the CIA in a lead role, in part to signal that the engagement is focused on terrorism. On Friday, a terrorist attack by ISIS-K in Kunduz killed dozens.

In September, Cohen said the CIA had seen “indications of a potential move by al Qaeda to Afghanistan,” adding that the agency “obviously would keep a very close eye on it.” Defense and intelligence officials have said al Qaeda could recover and regain an ability to attack the United States in as little as six months.

Another issue the parties are discussing is facilitating the evacuation of foreign nationals and Afghans from the country, officials from both sides said.

A State Department official described the engagement as pragmatic in nature and focused on “issues of American vital national interest.” In response to a CBS News inquiry, a State Department spokesman sent an email commenting that the meeting “is not about giving recognition or giving legitimacy.”

In August, CIA Director William Burns secretly met with Taliban co-founder Abdul Ghani Baradar, the highest-level meeting between the group and a Biden administration official at the time. Baradar was at the time seen as the likely leader of a Taliban government; he is now the group’s deputy prime minister.

Doha-based Taliban spokesman Suhail Shaheen told The Associated Press on Saturday that the talks would also revisit the Taliban’s peace deal with Washington in 2020. The deal had paved the way for the final US withdrawal.

“Yes, there is a meeting … on bilateral relations and the implementation of the Doha Agreement,” Shaheen said. “It covers different topics.”

Terrorism will be mentioned in the negotiations, said another official, who spoke on condition of anonymity because he was not authorized to speak to the media.

The State Department spokesman said that “key priorities for the United States are the continued safe passage out of Afghanistan for US and other foreign nationals and Afghans, to whom we have a special obligation, who seek to leave the country and hold the Taliban to its obligation not to allow terrorists. to use Afghan soil to threaten the security of the United States or its allies. “

Since the Taliban took power, Islamic State extremists have accelerated attacks on the militant group as well as ethnic and religious minorities. On Friday, an IS suicide bomber killed at least 46 Shiite minorities and wounded dozens in deadliest attack since the departure of the United States.

The parties will not discuss U.S. recognition of the Taliban or give legitimacy to the group, the State Department official said, adding, “We are still clear that any legitimacy must be achieved through the Taliban’s own actions.”

IS has carried out relentless attacks on the country’s Shiite Muslims since its uprising in eastern Afghanistan in 2014. IS is also seen as the biggest threat to the United States.

The 2020 U.S.-Taliban deal, negotiated by the Trump administration, demanded that the Taliban break ties with terrorist groups and guarantee that Afghanistan would not again house terrorists who could attack the United States and its allies.

It seems the two sides will discuss in this weekend’s talks how to tackle the growing threat. The Taliban have said they do not want US counter-terrorism assistance and have warned Washington against any so-called “over-the-horizon” attack on Afghan territory outside the country’s borders.

And as Afghanistan can soon expect a severe economic contraction and even a humanitarian crisis, the United States will urge the Taliban “to give humanitarian organizations free access to areas in need,” the foreign ministry spokesman said.