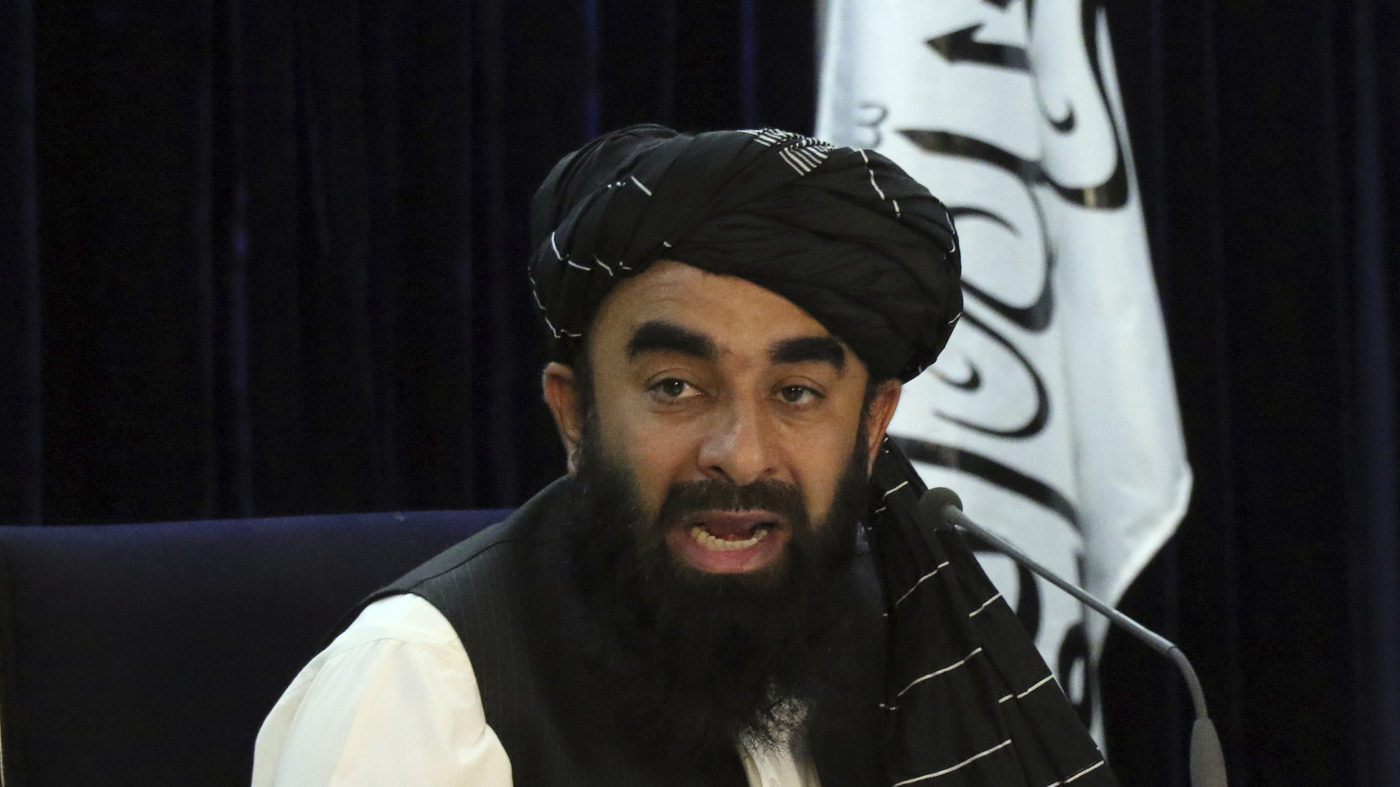 Taliban spokesman Zabihullah Mujahid appeared at a news conference in Kabul, Afghanistan, on September 7. On Wednesday, he urged former Afghan military pilots to remain in the country and said they would not be arrested.

Taliban spokesman Zabihullah Mujahid appeared at a news conference in Kabul, Afghanistan, on September 7. On Wednesday, he urged former Afghan military pilots to remain in the country and said they would not be arrested.

ISLAMABAD – A top Taliban official on Wednesday urged former Afghan military pilots to remain in the country, saying they were protected by a national amnesty and would not be arrested.

Government spokesman Zabihullah Mujahid’s assurances came after dozens of US-trained Afghan pilots left Tajikistan in a US mediator evacuation on Tuesday, three months after seeking refuge there from a Taliban takeover of Afghanistan.

Afghan air force pilots played a key role alongside their U.S. counterparts in the 20-year war against Taliban insurgents that ended with the departure of foreign troops in late August. The airstrikes inflicted heavy losses on the Taliban and drove them repeatedly from positions they had occupied in various parts of the country.

When the US-backed Afghan government collapsed and the Taliban took over in mid-August, dozens of Afghan pilots fled to Central Asian countries, including Tajikistan and Uzbekistan.

It is not clear how many military pilots and crew members are left in Afghanistan, what level of risk they face, or the extent to which Taliban insurances can be trusted. Over the past three months, there have been some reports of revenge killings by the Taliban, but not on a large, organized scale.

Pentagon Press Secretary John Kirby said at a briefing with reporters that about 140 Afghan pilots and others were flown out of Tajikistan and arrived in Abu Dhabi in the United Arab Emirates early Wednesday. He said the U.S. embassy would soon begin processing them for possible admission to the United States

Tajik media reported that a total of 191 Afghans, including 143 pilots, were flown to the Emirates.

Asked about the airlift, Mujahid said Afghanistan needs pilots and that everything is forgiven.

“My message is that there is no security problem for them (Afghan pilots) in Afghanistan, there is no plan to arrest them, national amnesty has been announced,” he said. He said the pilots, whether in the military or in civil aviation, “can be of service to their country.”

“It’s unfortunate that a number of pilots have gone, or they should,” he added.

Separately, a spokesman for the Taliban intelligence service told the news conference that the agency had arrested close to 600 members of the militant Islamic State group in connection with violent attacks over the past three months.

The spokesman, Khalil Hamraz, said among those detained are key figures from IS, including financial backers.

At least 33 IS members have been killed in gun battles with Taliban security forces, he said. He said several cars rigged with explosives and suicide vests were seized before they could be detonated.

Islamic State is an enemy of the Taliban. The two groups share a hard line interpretation of Islam and have over the years engaged in some of the same violent tactics, such as suicide bombings. However, the Taliban have focused on seizing control of Afghanistan while IS adheres to global jihad.

In recent weeks, IS militants carried out a series of bomb and shelling attacks in an attempt to undermine the Taliban’s claim that they could restore security in Afghanistan.