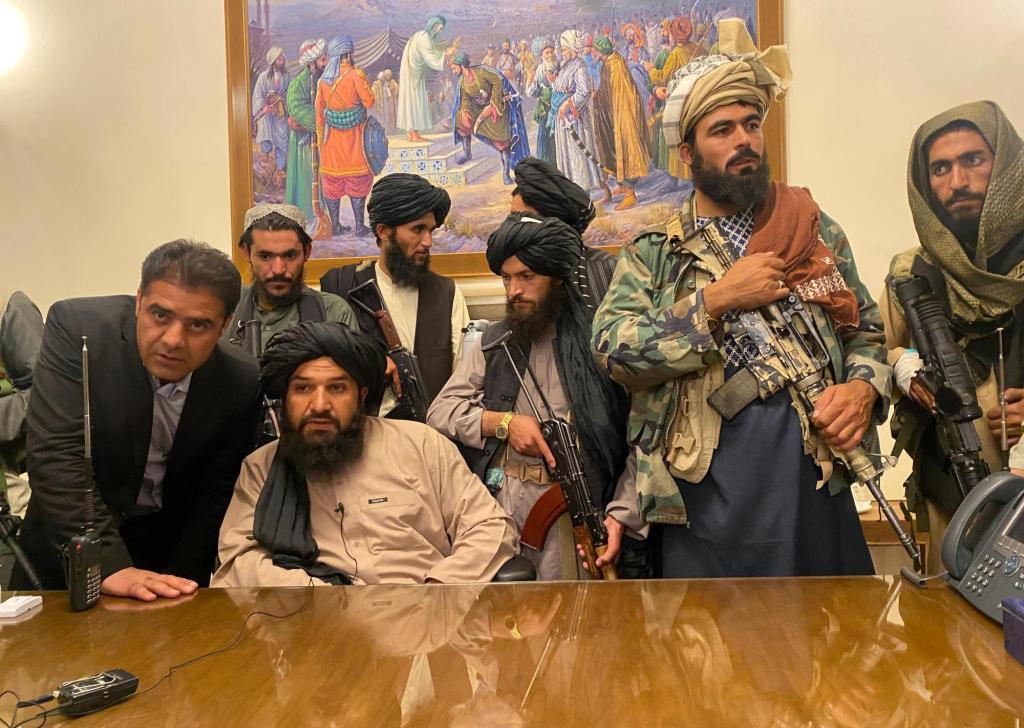 KABUL, Afghanistan (AP) – The Taliban swept into Afghanistan’s capital on Sunday after the government collapsed and the beleagured president joined an emigration of his fellow citizens and foreigners, signaling the end of a costly two-decade US campaign to rebuild the country.

Earlier, a Taliban official said the palace group would announce the restoration of the Islamic Emirate of Afghanistan, the formal name of the country under Taliban rule, before the militants were driven out by US-led forces in the wake of the 9/11 attacks. . , which was orchestrated by al-Qaeda while under the protection of the Taliban. But that plan seemed to be on hold.

Dozens of nations urged all parties involved to respect and facilitate foreigners and Afghans wishing to travel.

More than 60 nations published the joint statement distributed by the U.S. State Department late Sunday night Washington time. The declaration states that those in power and authorities throughout Afghanistan “bear responsibility – and accountability – for the protection of human life and property and for the immediate restoration of security and civil order.”

“This is obviously not Saigon,” he said on ABC’s This Week.

The fall of Kabul marks the last chapter in the United States’ longest war, which began after the terrorist attacks of September 11, 2001. A US-led invasion displaced the Taliban and repulsed them, but America lost focus on the conflict in the chaos of the Iraq war.

“What should I do? Should I call the police or the Taliban?” Getee Azami cried, it was not clear what happened to her after that.

Sunday began with the Taliban conquering Jalalabad, the last major city besides the capital that was not in their hands. Afghan officials said the militants also seized the capitals of Maidan Wardak, Khost, Kapisa and Parwan provinces, as well as the country’s last government-controlled border post.