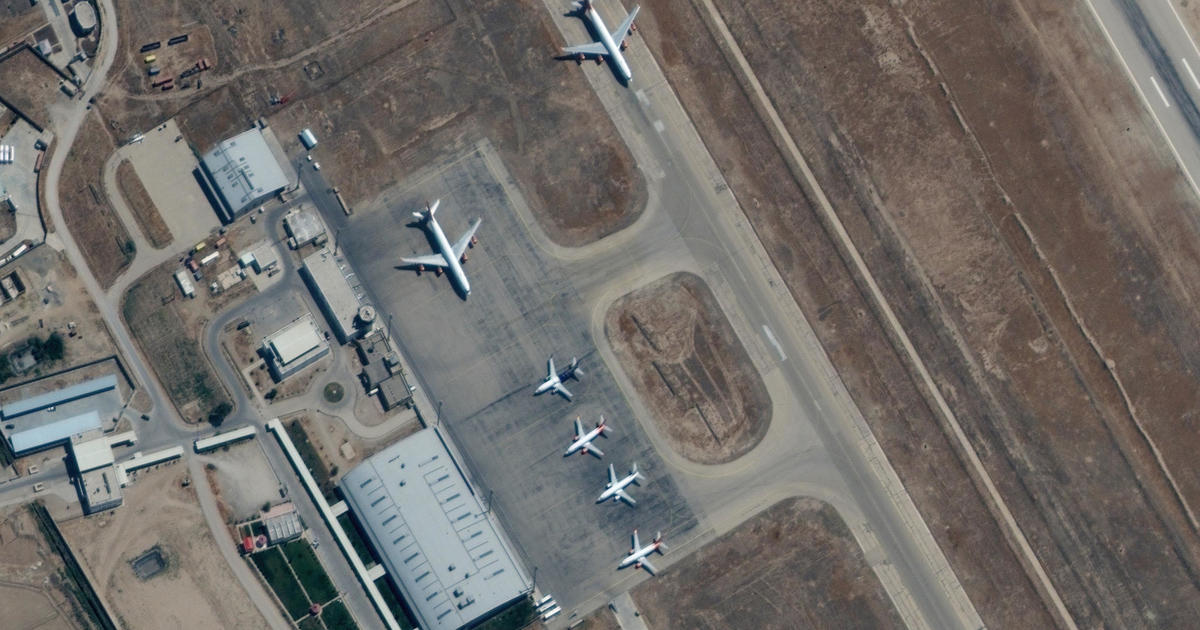 Doha, Qatar The Taliban claimed control of Afghanistan on Monday. The group said its forces had conquered the Panjshir Valley and with it the last province in the country where resistance forces held ground and fought against the takeover of power by Islamic extremists.

There were competing allegations about the situation in Panjshir north of the capital Kabul, where some members of the resistance movement refused to give up, but images from the harsh mountain region suggested the fight was over and the Taliban had won.

Despite the competing claims, it was clear that the Taliban were cementing their control over the country, and its recent apparent victory came amid growing concern over the fate of Americans and Afghans who have not been able to leave the country.

The relatively small force of the National Resistance Front, led by Commander Ahmad Massoud, had held out against the Taliban for weeks in the rugged mountains of the Panjshir Valley.

It was not clear whether Massoud was still in the province or even in Afghanistan, but in an audio message recorded on Monday, he called on all Afghans inside and outside their country “to begin a national uprising for the dignity, freedom and prosperity of our country. “

After encircling the region where Massoud and his ally, former Afghan 1st Vice President Amrullah Saleh, were anchored, the Taliban intensified their fighting over the weekend. On Monday, the group had hoisted its flag in an apparent sign of victory.

When CBS News senior foreign correspondent Charlie D’Agata interviewed Massoud in May, before the Taliban took power, he promised that he and his forces would fight the Taliban to the death.

“They are ready,” he said of his militia. “If the situation goes in the direction of a war, we will announce it and we will be ready … I will fight for it and I am ready to give my life for it.”

Neither Massoud nor Saleh had written anything on their social media channels Monday afternoon about the intense fighting over the weekend. Massoud’s audio message, distributed via media, was the only indication that they were hoping to keep the fight against the Taliban going.

“Six planes with U.S. citizens on them while I speak, also with these interpreters, and the Taliban are holding them hostage to claims right now,” McCaul told Fox News Sunday, adding that the U.S. State Department “has approved these flights, and The Taliban will not let them leave the airport. “

Satellite images of Mazar-i-Sharif Airport, north of Kabul, show six passenger planes on the runway. U.S. government officials and a non-profit group told CBS News on Sunday that there were at least 19 U.S. citizens and two green card holders among the approximately 1,000 people who tried to leave those planes.

Asked about the delay in getting the planes off the ground, the Taliban would only tell CBS News that “they are looking at it.”

Without a US presence in Afghanistan after the military withdrawal, the fate of all those desperate to leave, along with the country itself, was entirely in the hands of the Taliban.

As D’Agata reports, the Taliban has not yet announced its new government for the country. The group’s leaders have been saying for days that an announcement is imminent.

Although it is not clear exactly what the new Taliban regime will look like, the group has made it clear that elections “are not in sight for now.”

US Secretary of State Antony Blinken was due to arrive in Doha, Qatar later Monday. The country has been instrumental in the evacuation of tens of thousands of people from Afghanistan, and it maintains good cooperation with the Taliban.