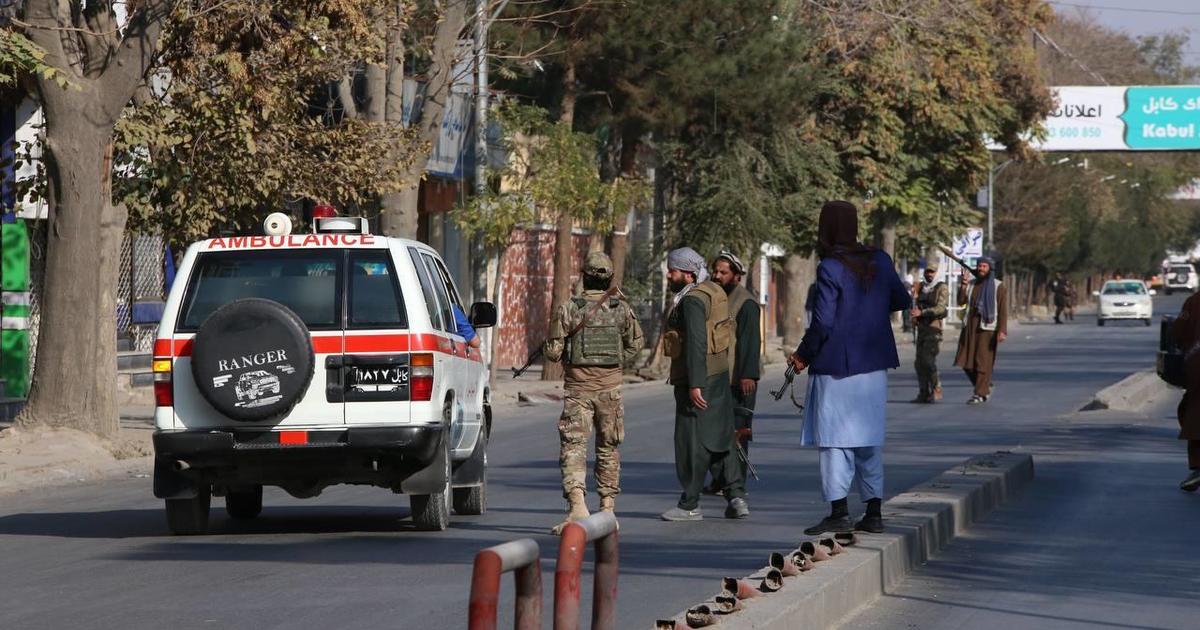 Accept Two explosions shook Kabul on Tuesday in an attack on a large military hospital in the Afghan capital. A Taliban official confirmed that at least seven people were killed, but there were reports of a much higher death toll from the explosions and a subsequent gun battle.

It was the latest in a series of attacks in the weeks since the Taliban took power in August after a two-decade revolt against the US-backed government in Afghanistan.

A local official told AFP that 19 people were killed and about 50 others injured in the attack on the hospital, but Bilal Karimi, the Taliban regime’s deputy spokesman, told CBS News that at least seven people, including three women and a child and three members of Taliban, was killed. He said those numbers could change as more information became available about the attack on Sardar Dawood Khan Military Hospital.

Karimi said five fighter jets off ISIS affiliated with Afghanistan, ISIS-Khorasan or ISIS-K, carried out the attack. He said four of them were killed in a gun battle with Taliban forces and one was arrested with wounds. The spokesman said he could not confirm reports that the first explosion was the result of a suicide bomber.

The Taliban’s struggle to bring stability to Afghanistan has been pursued by a series of bloody attacks by ISIS-K, but the group did not immediately confirm responsibility for Tuesday’s bloodshed.

“I’m inside the hospital. I heard a big explosion coming from the first checkpoint. We were told to go to safe rooms. I also hear weapons firing,” a doctor at Sardar Mohammad Dawood Khan Hospital in Kabul told AFP. “I can still hear gunfire inside the hospital building. I think the attackers are going from room to room … like the first time it was attacked.”

The hospital was previously attacked in 2017 when gunmen disguised as medical staff killed at least 30 people.

AFP reporters heard another explosion in the city, as well as the sound of gunfire. A spokesman for the Taliban media confirmed both explosions.

“An explosion has occurred at the gate of the military hospital and another somewhere near the hospital, this is our first information, we will provide more details later,” he told AFP.

Qari Saeed Khosty, a spokesman for the Interior Ministry, said the Taliban’s special forces had rushed to the scene to secure the area. “The explosion has caused casualties, details will be shared later,” he said.

An Italian NGO operating a separate hospital in the capital tweeted that it had received nine patients with injuries from the explosion site in the capital’s 10th police district.

Pictures shared on social media showed black smoke billowing into the air after the explosions, the first of which started around 1 p.m. 13:00 (0430 Eastern).

Although both ISIS and the Taliban are hardline Sunni Islamist militant groups, they have disagreed on the details of religion and strategy and fought for years. ISIS Khorasan or ISIS-K, as the Afghan franchise is known, has claimed four massacre attacks since the Taliban took power.

Roads close to the heavily fortified “green zone” where the buildings of several former western embassies are located were blocked off for traffic as Taliban guards increased searches.

Sirens could be heard in the streets and ambulances were seen speeding towards the blast site.

The Taliban, which has not yet been recognized by any foreign power as the legitimate government of Afghanistan, faces several challenges as it tries to move from militant group to government power, including a worsening humanitarian crisis and major economic disruption.