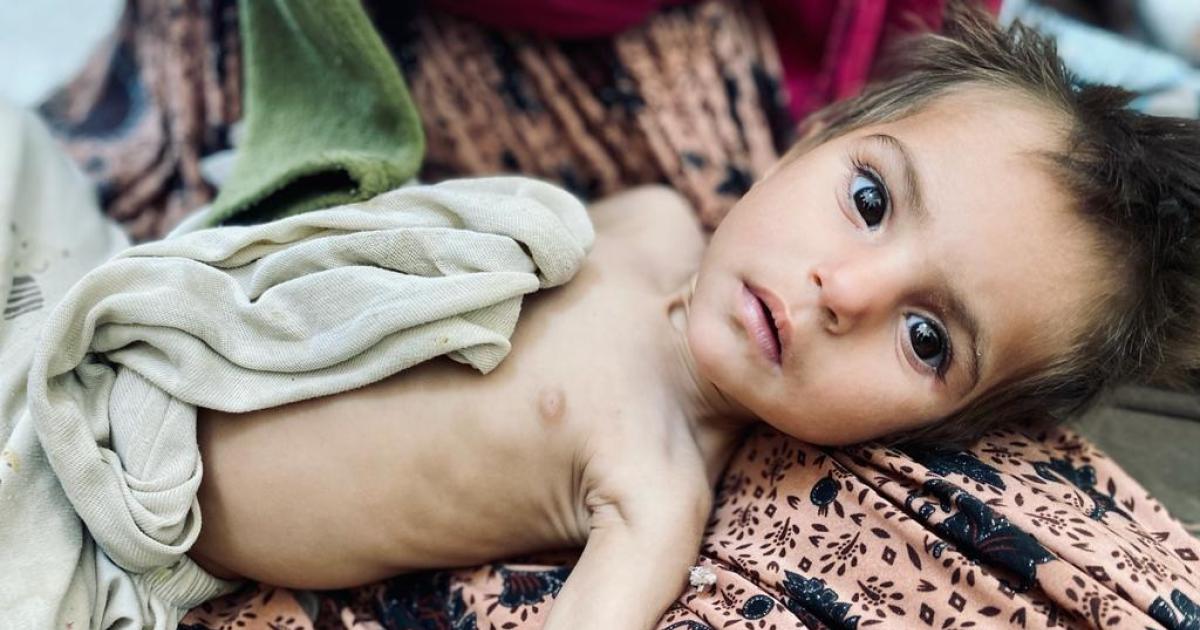 Kabul, Afghanistan – There are few greater anguish for a parent than a sick child. Six-month-old Sofia suffers from severe anemia caused by acute malnutrition. Her mother Arezo told CBS News’ Imtiaz Tyab that the family simply did not have the money to keep the little girl full.

“I need food,” he said sobbing. “I have five children – they are all so hungry.”

Hunger and poverty have persecuted Afghanistanchildren for decades, but since the Taliban took power two months ago, the nation has moved into a deep humanitarian crisis.

According to the UN, more than a million children will die of malnutrition if humanitarian aid does not come soon.

Signs of desperation can already be seen in all corners of the country. CBS News visited a USAID-funded World Food Program distribution center that was filled with people desperate for a meal, but it has only a few staples to offer.

“People come here because they are hungry, they need food, but all you are able to give them is flour and salt,” Wahid Ahmad Darwesh, one of the organizers at the center, told CBS News. “Right now, in this situation, it’s good for them – not enough, but it will save their lives.”

When Tyab spoke to Darwesh, the Taliban arrived.

“I’m sorry the Taliban are making trouble every day, as you will see,” the relief worker apologized. The militants asked him to stop talking to our CBS News team and said all camcorders should be turned off.

Tyab and his staff left the aid distribution center after overhearing one of the Taliban fighters asking his commander if he should kill them.

While the Taliban are tightening their grip on power, Afghanistan is barely holding on.

The Biden administration has already frozen about $ 9 billion in Afghan government assets, saying along with other nations that any future financial support depends on the Taliban proving that it has moderated since it was last in power.

The international isolation and blockade of national liquidity reserves has led Taliban leaders to curb cash withdrawals at banks. Most workers in the country have not been paid their wages for several months.

During the 20-year US-led military engagement in Afghanistan, the country’s economy was primarily supported by US funding and other international assistance. With little left to fill this void, more and more Afghans are resorting to selling what they can.

Tyab met a woman selling clothes at a roadside in Kabul. They were her children’s clothes.

“That’s all I have,” she said. She was hoping to make about a dollar.

Zabihullah Mujahid, the Taliban’s chief spokesman, told CBS News that the United States was to blame for the violent poverty in his country, in order to freeze government assets to which his group wants access. He said the resumption of humanitarian aid to Afghanistan should not be held back because of what other countries consider widespread human rights violations.

World leaders have now pledged $ 1.2 billion in aid to Afghanistan, but those funds will not do much to bring the besieged economy back from the brink, and they will not be enough to help children like Sofia – the smallest, most vulnerable victims of the crisis that they did not help to create.