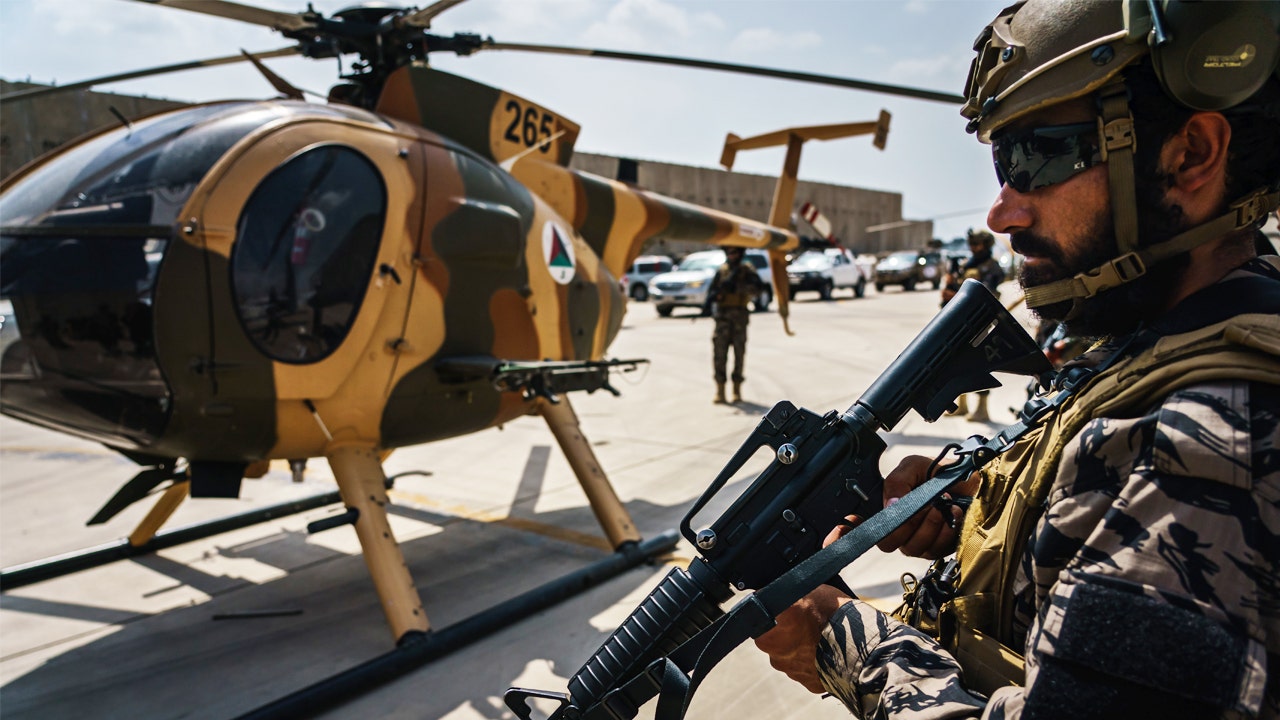 The Taliban reportedly held a parade recently showing the newly acquired US military equipment left behind during the chaotic withdrawal from Afghanistan in August.

The Taliban’s parade took place in the Kandahar region of Afghanistan and included US armored Humveer and helicopters, according to Agence France-Presse.

The convoy, which paraded as a celebration of the inauguration of the new “Islamic Emirate Army”, drove down Kandahar’s main road past spectators while religious music was played from loudspeakers.

LATE. JONI ERNST: THIS VETERAN DAY, LET US RENEW OUR EFFORTS FOR A GLOBAL WAR AGAINST TERRORISM MEMORY

Taliban militants shot and killed a pregnant police officer in front of her children and husband, reports the BBC.
(VICE KOHSAR / AFP via Getty Images)

The US withdrawal from Afghanistan led to the divestment of billions of dollars military equipment back to Taliban storage.

“Most of the U.S. and Afghan military equipment at Kabul airport was destroyed by U.S. forces before leaving Kabul,” Fox News’ Trey Yingst reported in September. “That is not the case for the rest of Afghanistan. There are thousands of Humveer, aircraft and other critical pieces of military equipment now left in the hands of the Taliban.”

In a letter to Secretary of Defense Lloyd Austin in August, GOP lawmakers said they were “appalled” to see pictures of Taliban militants in possession of military equipment, including UH-60 Black Hawk helicopters. They urged the Pentagon to provide detailed information on what equipment is still in the country.

“It is unscrupulous that high-tech military equipment paid for by US taxpayers has fallen into the hands of the Taliban and their terrorist allies,” lawmakers said in the letter. “Securing U.S. assets should have been among the top priorities of the U.S. Department of Defense prior to the announcement of the withdrawal from Afghanistan.”