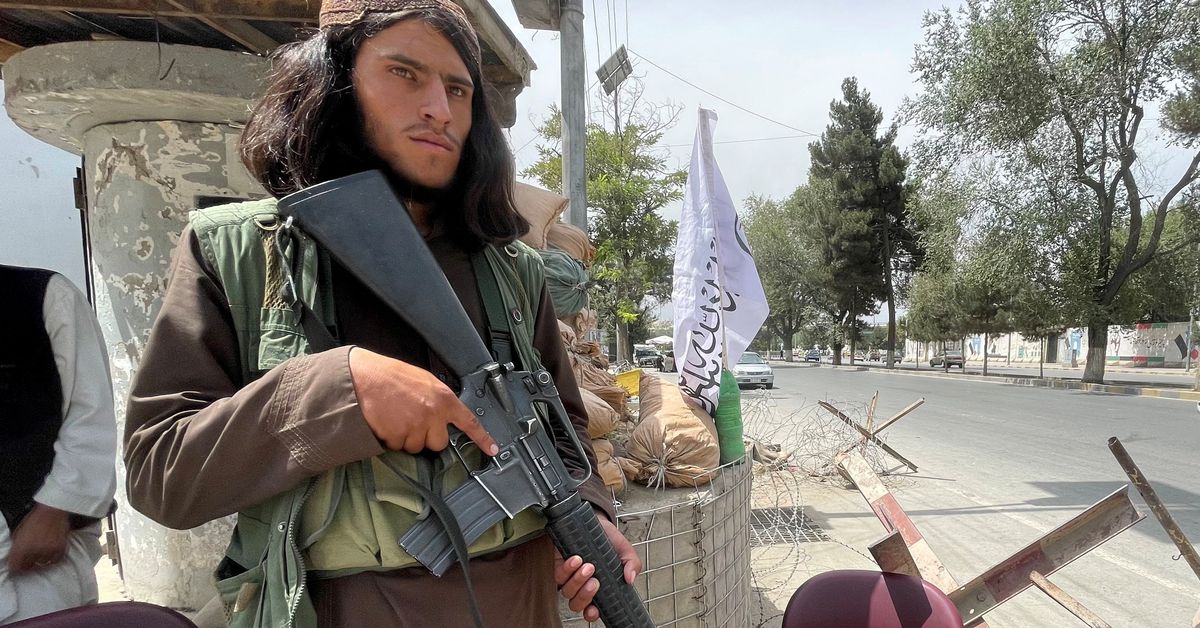 A member of the Taliban forces is on guard duty at a checkpoint in Kabul, Afghanistan, on August 17, 2021. REUTERS / Stringer NO RETURN. NO ARCHIVE

DUBAI, August 20 (Reuters) – Saudi Arabia and the United Arab Emirates, among the few who recognized the Taliban’s radical rule in Afghanistan from 1996-2001, are likely to take a pragmatic approach to its return to power despite fears of , that it could encourage militant Islam abroad.

Foreign diplomats and analysts said that while the Taliban ideology clashed with the Saudi-UAE campaign against militants and with Riyadh’s recent easing of Islamic austerity, Riyadh and Abu Dhabi would adapt to the realities of the Taliban’s shockingly rapid recapture of Afghanistan as US leaders forces withdrew.

Riyadh had already frozen ties with the Taliban in 1998 due to their refusal to extradite the then al-Qaeda leader Osama bin Laden, who made his name in the fight against the Soviet occupation of Afghanistan in the 1980s and was deprived of his Saudi citizenship for attacks in the kingdom and activities against the royal family.

“The Saudis have a historic relationship with Afghanistan and will eventually have to accept the Taliban (again) … They have no other option,” said a foreign diplomat in Riyadh, who, like others, asked not to be further identified.

Whether pragmatism will extend to a re-establishment of diplomatic relations is unknown: Saudi and UAE authorities did not respond to Reuters’ requests for comment on Afghanistan and the Taliban.

Riyadh and Abu Dhabi have limited their response to the Taliban’s seizure of power to say they would respect Afghan choices and urge the group to promote security and stability following a protracted revolt against US-backed rule.

“Both countries are pragmatic and have proven they can work with different regimes around the world,” said a Qatar-based diplomat.

Saudi Arabia and the United Arab Emirates sought to facilitate peace talks between Afghanistan following the fall of the Taliban 20 years ago, but were not involved in the main talks hosted by Qatar, which did not lead to a political solution.

Sheikh Hamad bin Jassim Al Thani, a ruling family member in Qatar and former prime minister, said countries would have to act directly with the Taliban.

“The world should respect the current situation in Afghanistan and not take measures to curb them (the Taliban),” he tweeted on Wednesday. “The international community should give them hope that it will accept them and cooperate with them in return for their commitment to international standards.”

Two diplomats in Qatar, where the Taliban have a representative office, said the Gulf states are likely to be based on the top security allied United States. Washington has not said whether it will recognize a Taliban government.

Saudi Arabia could try to exert a moderating influence on the Taliban with its status as guardian of Islam’s two holiest sites, said Umar Karim, a fellow at the Royal United Services Institute for Defense and Security Studies.

Saudi Crown Prince Mohammed bin Salman has also acted to ease restrictions on daily life in the conservative kingdom – the birthplace of Islam, including restricting the powers of the religious police, allowing women to drive and allowing public entertainment.

“Saudi Arabia still has a strong religious map in relation to the Taliban,” Karim said, suggesting that Riyadh could also open channels with the group via Pakistan.

Afghanistan has a long border with Pakistan, which has long protected Taliban leaders and has long-standing ties with Riyadh and Abu Dhabi. Pakistan was the only other country to formally recognize the former Taliban regime.

The Saudis and the United Arab Emirates could also use their economic influence as leverage, as they have done in the past, where the Taliban are likely to lack cash to run the country, as Kabul’s foreign exchange reserves are parked in the United States, out of reach. Read more

Three foreign diplomats in Abu Dhabi said the United Arab Emirates had privately expressed concern that Afghanistan under the Taliban could once again become a safe haven and breeding ground for extremists.

“Terrorist groups can use (Afghanistan) as a base if global powers can not negotiate with the Taliban on (the transfer of power) quickly,” columnist Yousef al-Sharif wrote in the UAE newspaper Al Bayan.

“The international community must curb the situation and learn from the catastrophic failure of the American experience.”

The Taliban have been trying to present a more conciliatory face since taking control, saying they will not allow Afghanistan to be used to launch attacks on other nations and will respect women’s rights within the framework of Islamic law.

The first international reaction has been deeply skeptical.

“The arrival of the Taliban in Kabul means that extremism is in the seat of power,” Saudi commentator Faheem Al Hamid wrote in the newspaper Okaz. He said any new civil war in Afghanistan would attract foreign players, including neighboring Shia Muslim Iran, for a long time in opposition to the Sunni Muslim Taliban.

“A lot is required of the Taliban. Not only to support words with action, but also to change the extremist thought rooted in their ideology … against tolerance and moderation.”

Saudi Arabia and the United Arab Emirates have long sought to curb political Islamists they see as a threat to the rule of the Gulf dynasty, including the Muslim Brotherhood, in Libya, Sudan, Syria and elsewhere in the Middle East and North Africa. .