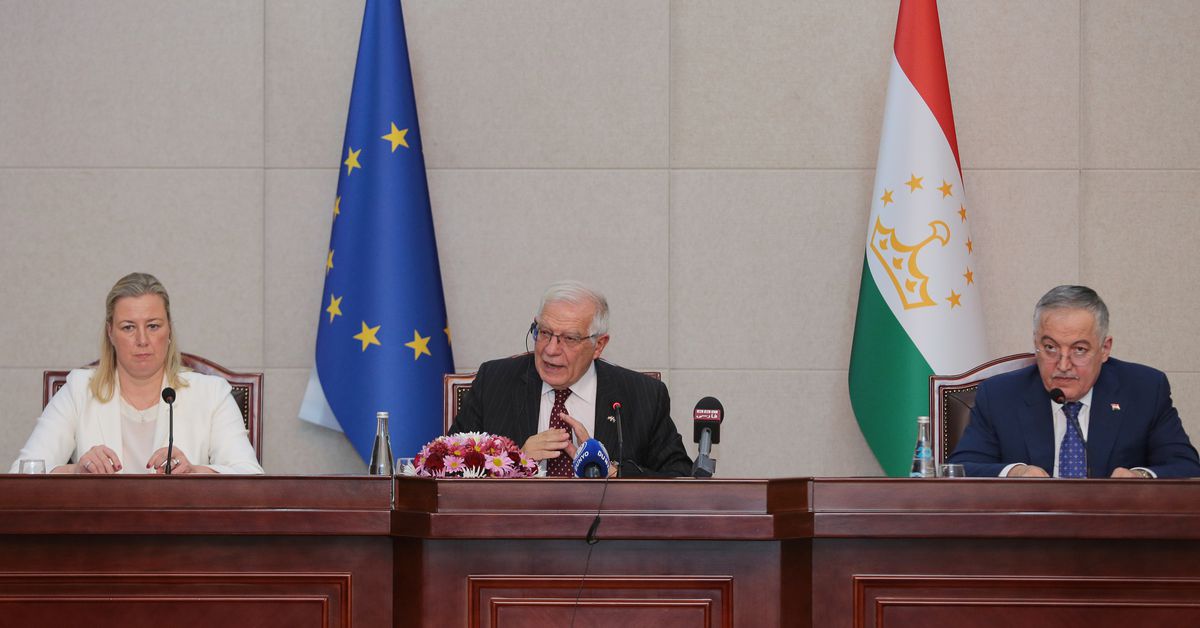 DUSHANBE, November 22 (Reuters) – The European Union’s top diplomat on Monday urged Afghanistan’s northern neighbors to help prevent what he described as the abuse of migrants for political purposes by Belarusian authorities.

The EU also presented to the former Soviet republics its € 1 billion plan to support both Afghanistan and its neighbors in areas ranging from basic humanitarian aid to migration management.

The EU accuses Belarus of fleeing thousands of people from the Middle East and forcing them to cross into the bloc via Poland, Lithuania and Latvia in retaliation for EU sanctions imposed on Minsk over President Alexander Lukashenko’s crackdown on protests against his controversial re-election last year. year.

“I updated the ministers on the situation on the EU’s borders with Belarus, and I have asked for their support in preventing this instrumentalisation of people at risk of their lives: cheating people, convincing them that there is a way to Europe through a flight to Minsk, EU foreign policy chief Josep Borrell told a post-meeting briefing.

At the same briefing, Urpilainen said she had presented the former Soviet republics’ 1 billion euro aid package to the EU, almost half of which is actually earmarked for neighboring countries.

However, she did not say whether Brussels expected them to host any refugees in return – something that local governments have so far expressed reluctance to do.

In a joint communiqué, participants acknowledged the need to strengthen co-operation to prevent irregular movements of people and to combat migrant smuggling, and said they looked forward to intensifying co-operation between the EU and Central Asia on border management.