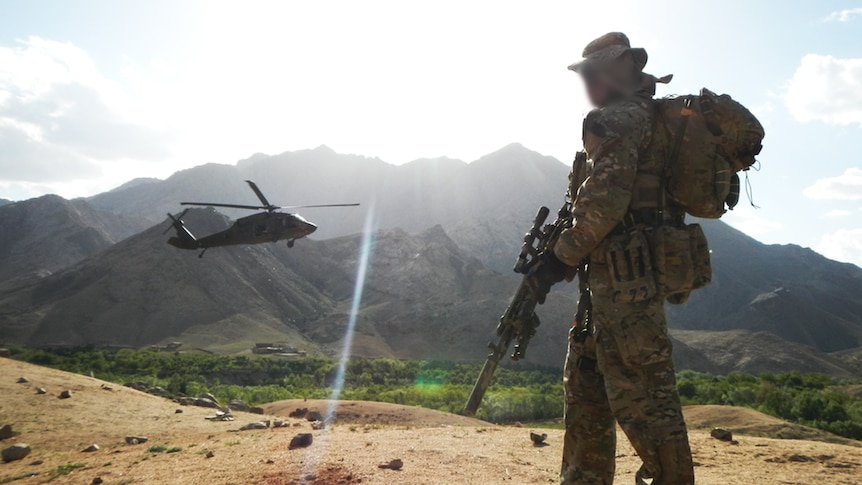 The Ministry of Defense has revealed that there is an active criminal investigation into the conduct of an Australian command platoon in Afghanistan in 2012.

The defense has refused to release audio recordings and reports regarding missions from the November 2nd division of the 2nd Command Regiment, saying it could compromise an ongoing investigation and any future trial.

Last year, ABC reported the allegations from a U.S. Marine who said Australian commandos shot and killed an Afghan prisoner after being told he would not watch over a U.S. plane during an operation in Helmand province in 2012.

Former division commander Heston Russell in November later said he was present during operations, denying that his soldiers had ever harmed a prisoner, and urged ABC to withdraw the story and apologize.

During their deployment in Afghanistan, Australian special forces had a bad reputation among some American colleagues. A Marine says Australians “would see the line and jump right over it”.

ABC Investigations filed a request for freedom of information for audio copies of mission communications in Afghanistan, mission summary reporting, and any complaints or disciplinary action against members of the November division that covered June and July 2012 at the time of the alleged killing.

In response, the defense denied access to all documents that ABC sought, saying it “could reasonably be expected to anticipate the conduct of an ongoing investigation into a possible violation of the law.”

It said the documents “may be used as evidence by the investigating body”.

The defense said the release of the documents could also “anticipate a fair trial against a person or the impartial decision of a particular case”.

Last year, the federal government set up the Office of the Special Investigator (OSI) in response to the Brereton report on war crimes, which describes alleged illegal killings by Australian special forces in Afghanistan.

Among OSI’s tasks are to investigate potential criminal offenses arising from the Brereton report and to develop evidence for possible criminal charges with a view to referring to the Commonwealth’s Director of Public Prosecutions.

ABC asked OSI if it was the agency that conducted the November division investigation.

A spokeswoman said OSI “did not comment on specific allegations or investigations”.

When contacted by ABC, Heston Russell said he was not aware of the investigation or of investigators contacting a member of his previous division.

Last year, ABC ran a story describing the allegations of Josh (not his real name), a helicopter crew chief from the United States Marine Corps who flew 159 missions for the USMC’s Light Attack Helicopter Squadron 469 (HMLA-469).

Josh told ABC Investigations that his team provided cover supplies to the Australian soldiers from the 2nd Commando Regiment during a night raid in mid-2012 during a mission in Afghanistan’s Helmand province.

It was part of a joint Australian special forces and US Drug Enforcement Administration (DEA) campaign targeting illegal drug operations that funded the Taliban uprising.

Josh said that as the operation was nearing completion, the commandos called the U.S. aircraft to pick them up and about seven prisoners were picked up.

He said the Americans only had room on the plane for six.

“And the pilot said, ‘It’s too many people, we can not carry so many passengers.’ And you just heard that silence, and then we heard a clap. And then they said, ‘OK, we have six prisoners.’

“So it was pretty clear to everyone involved in that mission that they had just killed a prisoner that we had just seen them capture and hogtie,” he said.

Do you know more?

No system is 100 percent secure, but ProtonMail can be used to protect your identity using end-to-end encryption. Please read the terms and conditions to find the best communication method for you.

Josh said neither he nor any of his crew talked about what had just happened.

“We were all busy on our communications,” he said.

“We were all pretty conscious of what we’ve just witnessed, and we kind of would not be involved in what came next.”

Josh said he later discussed the incident with his crew members after returning to Camp Bastion.

“It was the first time we saw something we could not morally justify because we knew someone was already handcuffed, ready to go, taken prisoner, and we’ve just seen them kill a prisoner,” he said. .

“This is not like a call at the moment where you are trying to make a decision. It was a very conscious decision to break the rules of war.”