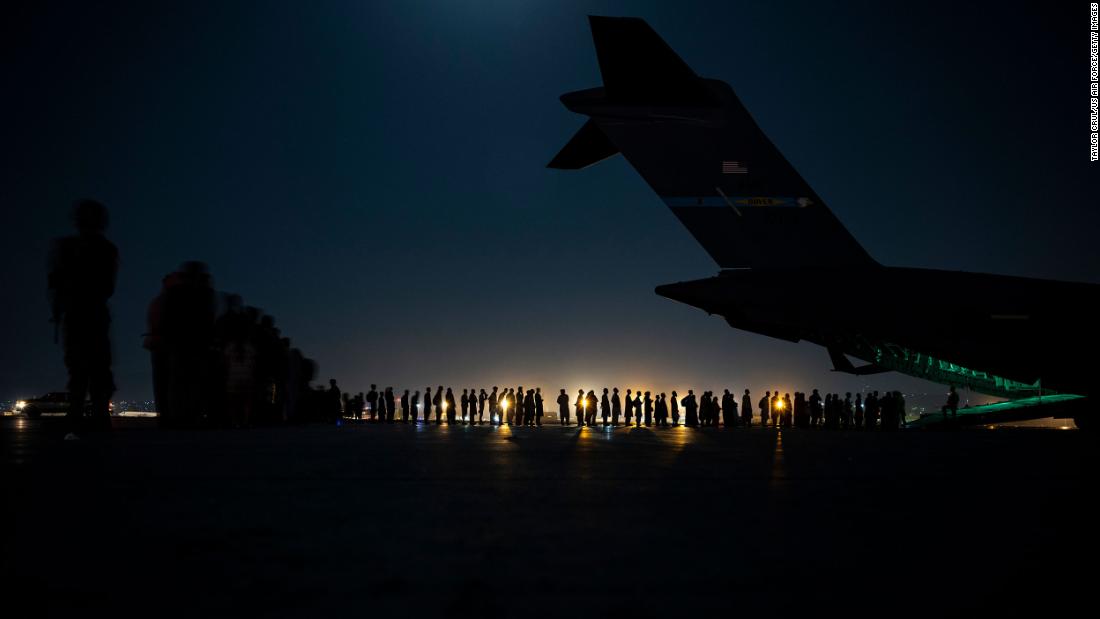 A return to Afghanistan is only one option on the table – and comes with complicated legal issues – but it is being investigated as US officials have not yet developed an overall plan for how to deal with the challenge of where to resettle Afghans. , if they do. fail the US security clearance process.

The hasty and chaotic evacuation from Afghanistan in the last weeks of August prompted the US government to fight to establish locations throughout Europe and the Middle East to treat tens of thousands of evacuees. About 70,000 have come to the United States, others have been approved to go to partner third countries, and those whose cases require more extensive investigation are being transferred to Camp Bondsteel in eastern Kosovo.

The number of evacuees at the base is small – about 200 people, including family members, according to a known source, and the administration has an agreement with the Kosovo government to house them there for up to a year.

Many evacuees who were sent to Bondsteel to be treated have been cleared and relocated to the United States, sources say; a senior administration official told CNN last week that no one has been considered “ultimately unfit to enter the United States yet.”

But there is concern among some U.S. officials and lawmakers that if any evacuees are eventually not approved to come to the U.S., there are few suitable options for them and that they may end up waiting at the U.S. base in the long run. .

Meanwhile, sources with knowledge of the situation told CNN that there is a feeling of anxiety among the Afghan community members at the base, many of whom do not know why they have been sent there or how long they will be there and worry that they will be. stigmatized as “terrorists” for having been treated there.

The senior administration official said that the kind of security flags that have led to people being transferred to Bondsteel from other transit points in Europe and the Middle East are generally not those “that can be resolved within a few hours or even within a few days. ” The official noted that certain types of investigations may be more complicated and may involve getting the FBI or other interviewers involved to ask about the information the United States has come across.

“It can be a more time consuming process than … just excluding someone based on fingerprints or facial photographs,” the official said. “It’s the kind of thing where the kind of lengthy process that happens at Bondsteel can be useful.”

National Security Council spokeswoman Emily Horne said that “all Afghans hoping to start a new life in America must first pass our security screening and investigation process and receive the necessary vaccinations before they are allowed to enter the United States.”

“The fact that some people have been flagged by our anti-terrorism, intelligence or law enforcement professionals for further screening shows that our system works,” she continued.

The Ministry of Foreign Affairs ‘sure’ that they can be resettled

State Department spokesman Ned Price said the U.S. government is “confident that these Afghan evacuees will be able to be resettled in the United States or in third countries, as appropriate.”

The senior official in the administration said they are “open-eyed that there is at least a clear possibility that there will be a further reduced subgroup that will require work to move in a way that is safe and humane and appropriate to them. “

The United States has not sent anyone back to Afghanistan, but the official said they “would leave all such options on the table, which includes the fact that you may have evacuated for whom it is their preferred destination if the United States is not an option. . ”

There are two circumstances where they can legally be returned.

The first would be involuntary deportation, which is not a violation of human rights, if the Afghans’ claim that they have been persecuted and tortured does not hold up. The second would be if they have been fully informed of the situation – which will include an update on what the Taliban have accepted – and consent to return.

Human rights defenders say there is reason to be skeptical of any commitments made by the Taliban.

“There is a great deal of salt in every assurance that the Taliban would provide,” said Bill Frelick, director of the Department of Refugees and Migrants at Human Rights Watch, pointing to their historical and recent findings. “I do not know if their assurances could be believed or trusted to the point where you would actually send someone back.”

There is also concern that the Afghans who have not been cleared may be stuck at the base in the long run because no other country will take them in.

Sources told CNN that for the Afghans at the base, there are questions and concerns about being there and what awaits their future.

“Their concerns revolve around the fact that their future is uncertain and they do not know where to be with their families,” Labinot Maliqi, an imam in Kosovo, regularly visits the US military base, told CNN.

Another source noted that the evacuees “just want to start their lives, but they have no security.”