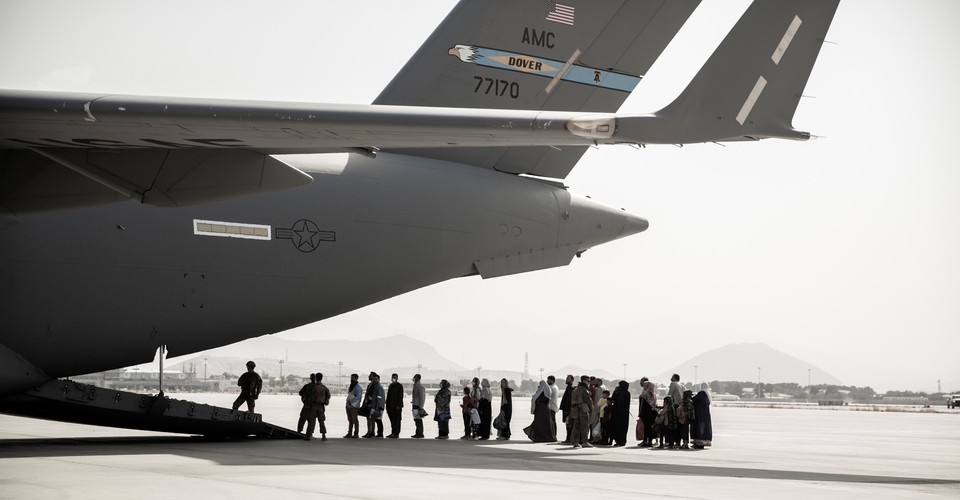 When the last of the remaining U.S. forces left Afghanistan this week, they took with them more than 100,000 people, some of whom were Afghanistan’s most educated and capable citizens. For these politicians, artists, scholars and activists, the withdrawal represented not only the end of their country as they knew it, but the end of any hope they might have had of helping to shape its future.

These are not the only people Afghanistan has lost in the last few weeks. Perhaps just as important is another group: those still in the country who have gone into hiding for fear of their lives under Taliban rule, some erasing all remnants of who they once were – female journalists deleting evidence for their work, artists who have ruined their creations, and women who have burned their degrees.

The void left by these two sets of people will undoubtedly be felt as the Taliban seek to regain control – a process that includes re-establishing basic services and getting people back to work. It is perhaps for this reason that the group has discouraged others from leaving on the grounds that Afghanistan “needs their talents.” The Taliban has promised not to retaliate against those who decades ago would almost certainly have been among its victims. Yet many Afghans I spoke to, both in the country and in the diaspora, are skeptical. As they see it, this new Afghanistan has no future for them.

In some ways, emigration represents an early blow for the Taliban. As my colleague David Frum noted, the loss of some of Afghanistan’s most capable citizens is a testament to the attractiveness of the rights and freedoms that are so terrible for the Taliban. But it is a blow that will also hit other Afghans. Without all the doctors, engineers, academics and officials, many of the institutions and basic services that keep the country going will almost certainly crumble.

“There is a lot of insecurity,” said an Afghan who is currently hiding in Kabul, who requested anonymity for his own security. He sought to leave Afghanistan for fear that the Taliban would come after him because of his affiliation with Chevening, a British government-funded program that provides funding for international students to study in Britain. He told me that his promotion of the scholarship, especially in his country’s more rural districts, had given him threats in the past. Although he had hoped this would be enough for him and his family to be evacuated along with the current harvest of Chevening scholars, he told me that the British Government never followed up on his case. (The Foreign, Commonwealth & Development Office did not respond to requests for comment.)

As a result, he has spent the last few weeks hiding at home, waiting for replies to his unanswered emails or a knock on the door from the Taliban. Before the fall of Kabul, he worked as a regional trade and transit expert. Now he does not know what to do. “You were someone yesterday,” he said. “Today you are nobody.”

This feeling of hopelessness is shared even by many Afghans who managed to escape, including Abdul Ghani Amin, a former UN official and human rights activist who was recently evacuated to Britain as part of the Chevening cohort. “I had high hopes and big dreams for my country,” he told me of his hotel quarantine in London. “Now it seems that all these dreams are disappearing.”

Read: The Taliban’s biggest threat is not an armed group

Those who were once affiliated with Western governments and organizations are not the only ones at risk. Former government officials, members of the security forces, human rights activists, high-profile civil society figures, women and members of ethnic minorities are among the most vulnerable, said Nargis Nehan, a former Afghan government minister from Norway. , where she and several members of her family fled last week. Then she said that she no longer felt like a proud and resilient Afghan, but rather “a hopeless and helpless refugee.”

In many ways, Nehan encapsulates so much of what Afghanistan has lost. Last time the Taliban were in power, women were not allowed to leave the house without a male guardian, let alone serve in the government or lead an NGO that advocated for women’s rights, which she has. Although Nehan’s immediate future remains outside Afghanistan (exactly where, she is not yet sure), she said she will continue to defend her people – and ultimately, ideally, from her homeland again. “Once the new government is formed, I will look into the situation,” she told me, noting that if security permits, she hopes to “go back and resume my work.”

The situation does not look promising. Although the Taliban have tried to portray themselves as a more moderate reincarnation of their former selves, they have not completely given up their old ways. There have already been reports that the Taliban have separated classrooms at Kabul University by gender (a move that could result in the de facto conclusion of women’s education), persecution of ethnic minorities and the pursuit of goals that the group had previously said would be granted amnesty.

If the international community has any influence on the Taliban, it is that the group is still seeking formal recognition – and any foreign aid that may follow. At present, the Taliban cannot access most of the country central bank reserves, which is owned by the US Federal Reserve. Access to funds from the International Monetary Fund and the World Bank has also been suspended.

But many of the Afghans I spoke to who have previously lived under Taliban rule are skeptical that money alone will force the Taliban to change. “Until we see tangible actions from this new government, which will soon be formed, we can say nothing,” said Omaid Sharifi, co-founder and president of Artlords, an Afghan artist collective, over a Zoom call from a humanitarian compound. in the Persian Gulf, where he and his family have been quarantined since fleeing Kabul. Many of his staff in the Afghan capital were unable to do the same. “From my experience of living under the Taliban [era], they banned any art, “Sharifi said.” If it’s the same Taliban I’m sure they are, they will stop any art. “

Graeme Wood: This is not Taliban 2.0

While many artists have resorted to destroying their works so the Taliban do not do it for them, Sharifi said he cannot do the same. Artlords has painted more than 2,000 murals throughout Afghanistan. Such a mural, on the wall of what used to be the US Embassy in Kabul, shows a group of smiling Afghan children and a young girl holding a sign that reads We are the future of Afghanistan on pashto. It now serves as his Zoom background.

“Every time I look at this, it reminds me that we collectively failed,” he said. “She will no longer be the future of Afghanistan. She’s just another girl who wants to sit at home without a voice, with no prospect of the future – nothing. “