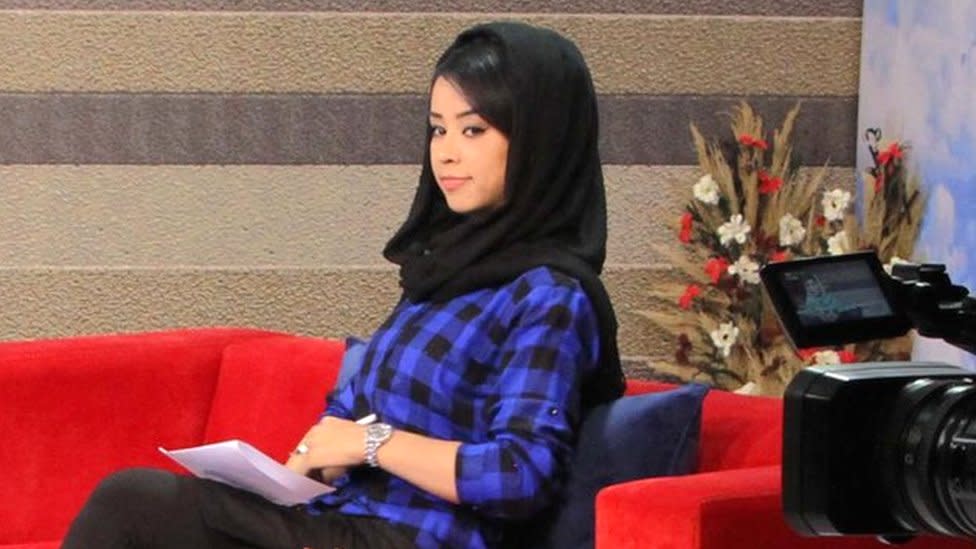 Women have been banned from appearing in television dramas in Afghanistan under new rules imposed by the Taliban government.

Female journalists and presenters have also been ordered to wear headscarves on screen, though the guidelines do not say what type of cover to use.

Journalists say some of the rules are vague and subject to interpretation.

The Taliban seized power in Afghanistan in mid-August, and many fear that they will gradually impose strict restrictions.

The militant Islamist group, which took control after the departure of the US and allied forces, almost immediately instructed girls and young women to stay home from school.

Under their previous rule in the 1990s, women were excluded from education and the workplace.

The latest set of Taliban guidelines, which have been issued to Afghan television channels, contains eight new rules.

They include bans on films considered contrary to the principles of sharia – or Islamic – law and Afghan values, while filming of men revealing intimate parts of the body is banned.

Comedy and entertainment programs that offend religion or may be considered offensive to Afghans are also banned.

The Taliban have insisted that foreign films promoting foreign cultural values ​​should not be broadcast.

A member of an organization representing journalists in Afghanistan, Hujjatullah Mujaddedi, said the announcement of new restrictions was unexpected.

He told the BBC that some of the rules were not practical and that if implemented, TV stations could be forced to close.

The Taliban’s earlier decision to order girls and young women to stay home from school made Afghanistan the only country in the world that prevented half the population from getting an education.

The mayor of the capital, Kabul, also asked female municipal employees to stay home unless their jobs could not be filled by a man.

The Taliban claim that their restrictions on working women and girls studying are “temporary” and only in place to ensure that all workplaces and learning environments are “safe” for them.