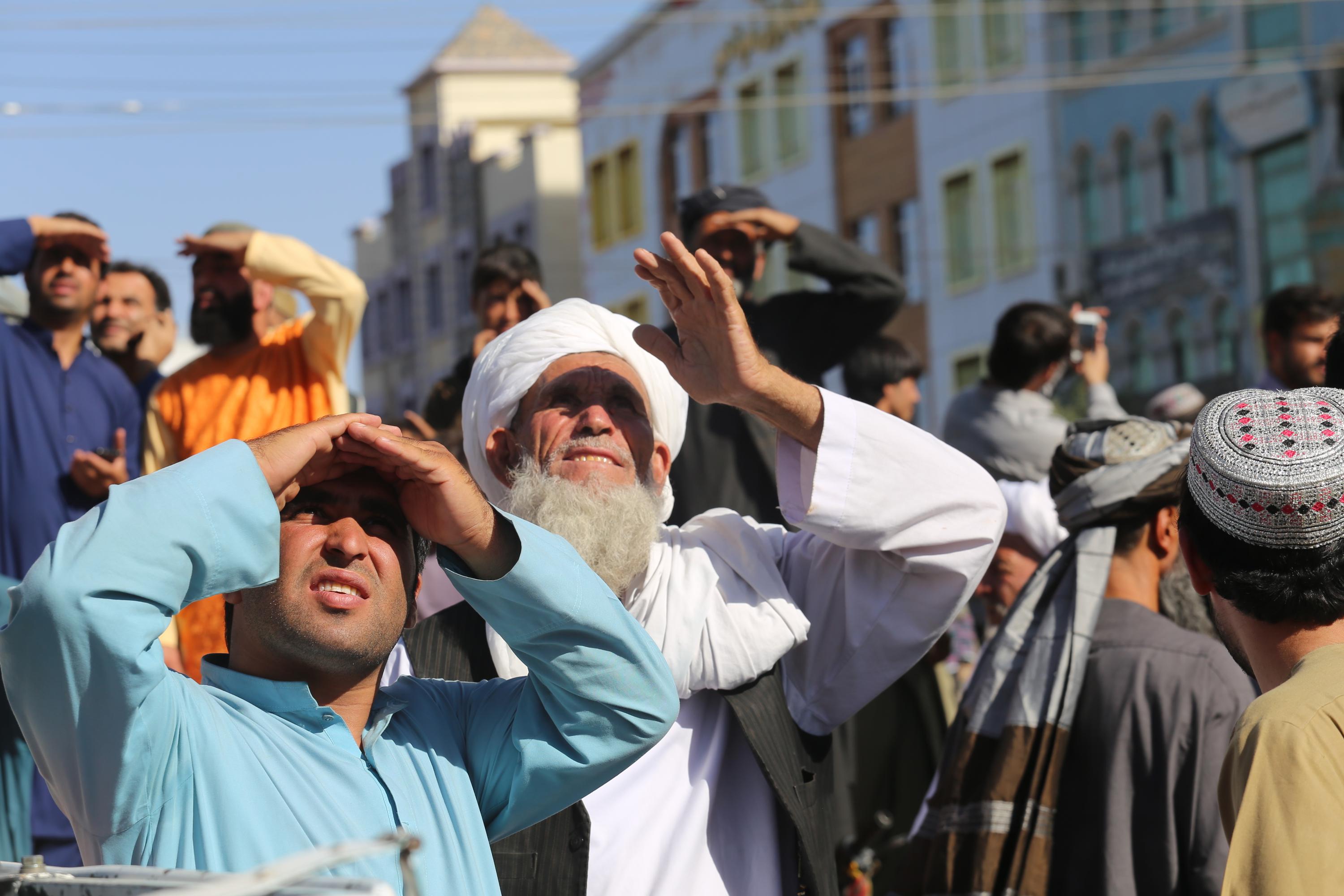 KABUL, Afghanistan (AP) – The Taliban on Saturday hung a dead body from a crane parked in a town square in Afghanistan in a gruesome display that signaled the return of the hard movement to some of its brutal tactics from the past.

Taliban officials initially brought four bodies to the central square in the western city of Herat, then moved three of them to other parts of the city for public display, said Wazir Ahmad Seddiqi, who runs a pharmacy on the edge of the square.

Taliban officials announced that the four were taken into custody in a kidnapping earlier Saturday and were killed by police, Seddiqi said. Ziaulhaq Jalali, a Taliban-appointed district police chief in Herat, later said Taliban members rescued a father and son who had been abducted by four kidnappers after an exchange of gunfire. He said a Taliban fighter and a civilian were wounded by the kidnappers and that the kidnappers were killed in crossfire.

An Associated Press video showed crowds gathering around the crane and looking up at the body while some men shouted.

“The aim of this action is to warn all criminals that they are not safe,” a Taliban commander, who did not identify himself, told the AP in a camera interview conducted at the scene.

Since the Taliban overran Kabul on August 15 and took control of the country, Afghans and the world have been keeping an eye on whether they will restore their harsh rule from the late 1990s, which included public stoning and amputations of members of alleged criminals. some of which took place in front of large crowds in a stadium.

It said one of the Taliban’s founders in an interview with The Associated Press last week that the hard movement would again carry out executions and amputations of hands, the U.S. State Department said such actions “would constitute clear gross violations of human rights.”

Spokesman Ned Price told reporters on Friday that the United States would “stand firm with the international community to hold the perpetrators of such abuses accountable.”

Taliban leaders remain rooted in a deeply conservative, harsh worldview, even as they embrace technological change, such as video and mobile phones.

“Everyone criticized us for the penalties at the stadium, but we never said anything about their laws and their penalties,” Mullah Nooruddin Turabi said in the AP interview. “No one will tell us what our laws should be. We will follow Islam and we will make our laws on the Qur’an.”

Also on Saturday, a roadside bomb hit a Taliban car in the capital of eastern Nangarhar province, injuring at least one person, a Taliban official said. No one immediately took responsibility for the bombing. The Islamic State group, which is headquartered in eastern Afghanistan, has said it was behind similar attacks in Jalalabad last week that killed 12 people.

The person injured in the attack is a municipal worker, Taliban spokesman Mohammad Hanif said.