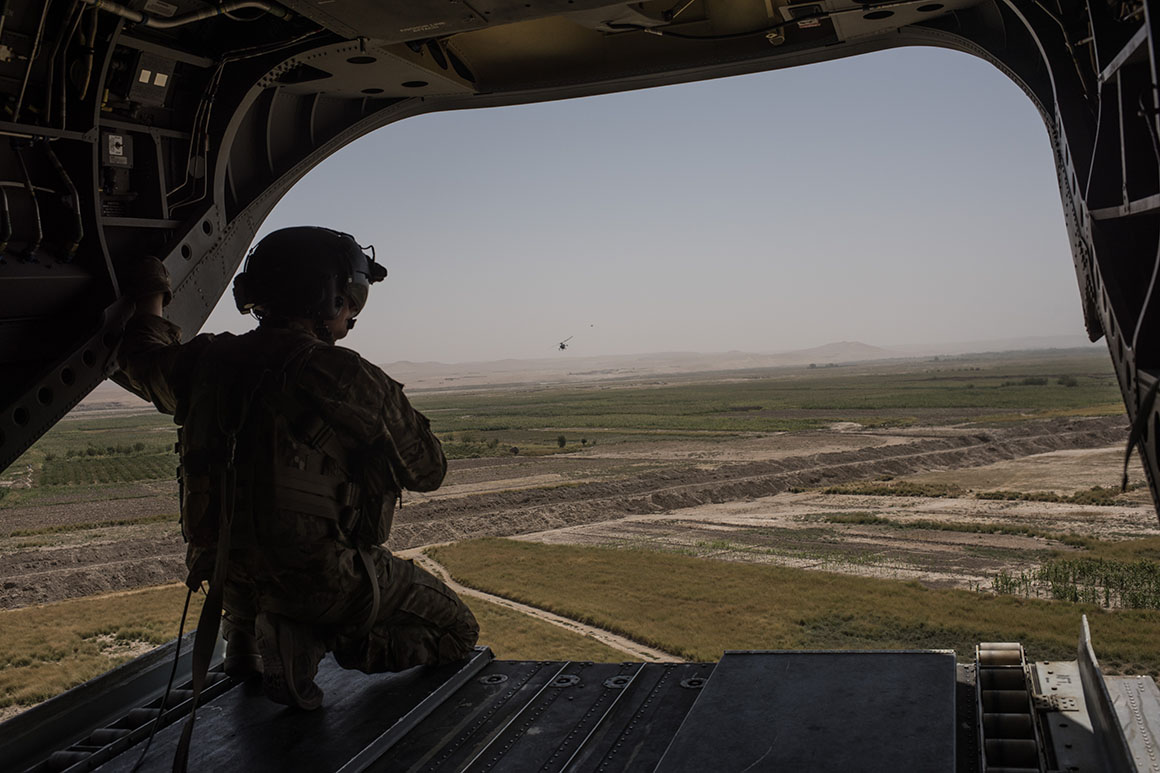 In addition to the security forces, the only U.S. military personnel left to retire before the Sept. 11 deadline set by Biden in May are General Scott Miller, the chief of the U.S. Forces-Afghanistan, and a handful of personnel, the two officials said. The U.S. Central Command announced on Tuesday that the withdrawal was 90 percent complete, and the last U.S. troops left Bagram Air Base on Friday, the focal point of U.S. war effort over the past 20 years.

In addition, the U.S. military must also pull out the remaining security and logistical forces sent temporarily into the spring to enable the downsizing, Pentagon spokesman John Kirby said in a statement to POLITICO.

“Even though the withdrawal is over 90% complete, it is not done,” Kirby said. “Temporary enabling forces remain in the theater, focused on providing security for a safe and orderly withdrawal. As long as those forces and some contract support are still there, the withdrawal is ongoing.”

Kirby added that the planned transfer of command from Miller and General Frank McKenzie, Commander-in-Chief of the US Central Command, has not yet taken place, and NATO’s Resolute Support mission continues as well.

Miller is currently on an official trip but is expected to return to Afghanistan, Kirby told reporters Friday. The general will remain in the country for the next few weeks to help ease the transition of the Afghanistan mission to McKenzie, he said.

The primary reason Miller is staying is to boost the morale of the Afghan security forces, which have endured increased attacks from the Taliban across the country over the past few months, the other US official said. The attacks have been further intensified in recent weeks, with the Taliban taking control of 10 percent of the country within the last six days alone, according to the Foundation for Defense of Democracies (FDD), which has been closely monitoring the conflict.

In total, the Taliban control 188 of the country’s 407 districts and contest another 135, according to the FDD.

Following the U.S. exit from Bagram on Friday, Afghan officials accused the United States of leaving in the dead of night without notifying the base’s new Afghan commander, who reportedly found out two hours after the troops left. Electricity and lights were suddenly turned off as the Americans traveled.

Kirby challenged this characteristic on Tuesday, telling reporters that Afghan civilian and military leaders were “duly coordinated and informed” about the turnover. However, US military leaders did not inform the Afghans of the exact time of their departure due to “operational security reasons”.

“We have had to operate under the assumption that this withdrawal could be contested at any time,” Kirby said. “We are very careful about what we say and how many details we give out there, but there was coordination.”

When the final transfer at Bagram took place, electricity and water supply became the responsibility of the Afghan forces, Pentagon spokesman Maj. Rob Lodewick on Wednesday. U.S. forces provided training to the Afghans before that time in how to manage and operate Bagram’s aid systems, he said.