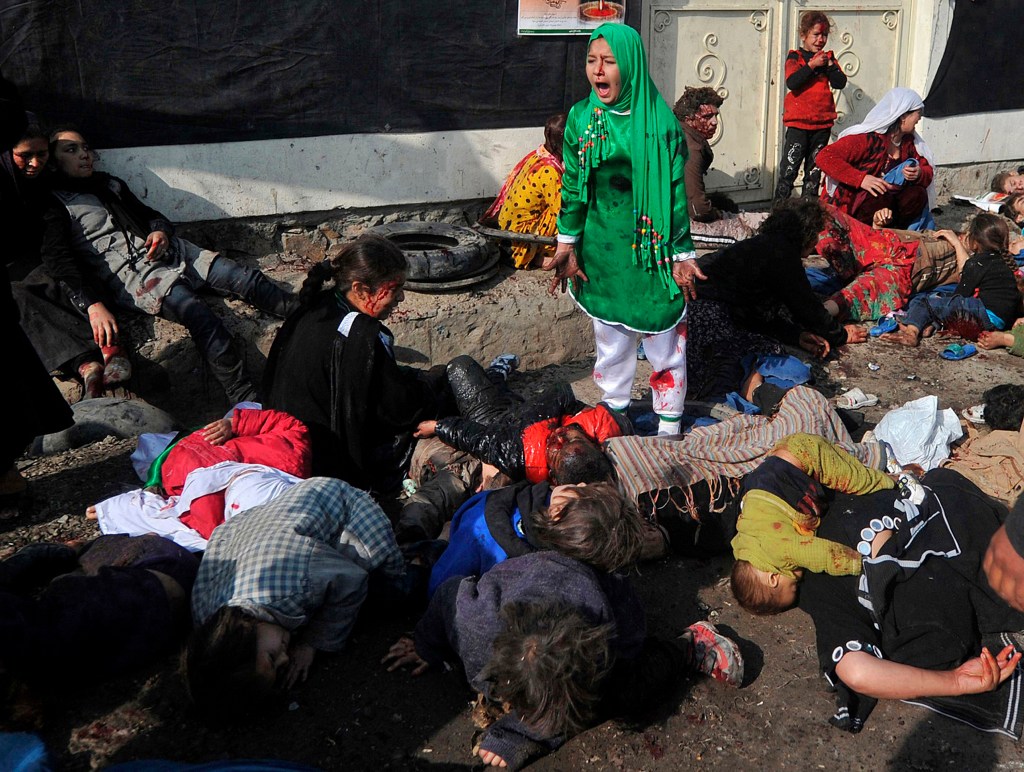 In collaboration with Foreign Policy magazine, he documented the chaotic end to the 20-year conflict and how life would be under the Taliban. In an article, he captured images of Afghan women who feared being sold into sex slavery or forced into marriage. In another, he took a dramatic shot of a female Afghan politician looking down at the sight of a gun.

It is a work that the San Jose State University School of Journalism and Mass Communications will honor by awarding the Hossaini 2021 William Randolph Hearst Award, given since 1995 to those who have contributed to the free press. Previous recipients include Dr. Anthony Fauci, CNN’s Jim Acosta, news anchor Dan Rather and local filmmaker Alexander Shebanow.

“He has an ability to draw beauty even in times of despair,” said Halima Kazem-Stojanovic, a SJSU journalism and human rights lecturer. “The ups and downs of having to photograph war make his work unique.”

The virtual award ceremony will be held on Tuesday from kl.

In an email, Hossaini said he planned to use the award to “raise” the voice of his generation – “the generation that tried hard to work for and promote freedom and democracy.”

“But allies and the free world betrayed us, and I (lost) everything,” he wrote. “I also (dedicate) this award to all the heartbroken female journalists who are hiding themselves and having the hardest time in their lives right now, and my hands are empty to help them!”

Born in Kabul, Hossaini and his family left the country for Iran in the early 1980s following the invasion of the Soviet Union. While in Iran, Hossaini took photography as a hobby and began taking pictures of Afghan refugees.

After the 9/11 attacks and the US invasion of Afghanistan, Hossaini returned to the country to document the ongoing conflict and eventually won the Pulitzer Prize in Breaking News Photography while on duty with Agence France-Presse. The photo shows a screaming 12-year-old girl surrounded by victims of a 2012 suicide bombing.

It is work that has also cost: Hossaini has been injured 11 times while enlisting in Afghanistan. He currently lives in the Netherlands.

SJSU’s journalism and communications department was founded by Dwight Bentel in 1936. Candidates from the program have won six Pulitzer Prizes.