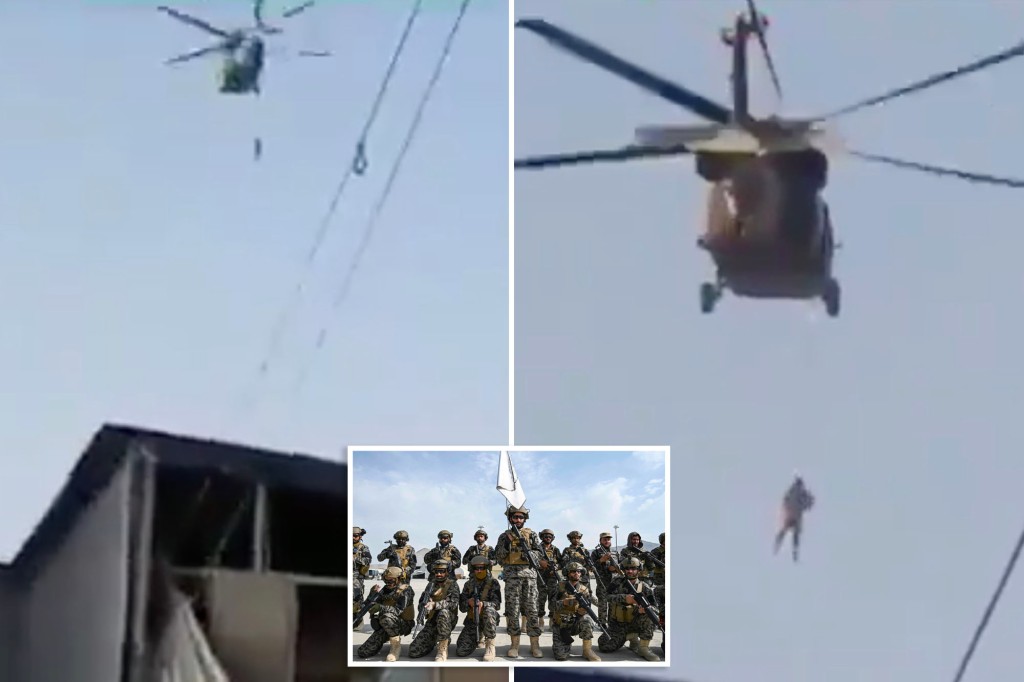 “Our air force!” Talib Times – which claims to be the English-language official report on the Taliban-run Islamic Emirate Afghanistan – welcomed Monday.

“At this point, Islamic Emirates Air Force helicopters are flying over Kandahar city and patrolling the city,” the tweet said.

In a viral clip, someone is clearly seen hanging under a helicopter while it hovers in the sky. The man was repairing a Taliban flag waving on top of a building in Kandahar – using the captured equipment – experts quoting sources within the militant group told the BBC.

The helicopter was seized days before by the Taliban from Afghanistan’s air force, the exit reported.

The Talib Times also shared another clip as it boasted “the first flight of black hawk,” after the Islamic militant group was previously filmed making convicted attempts to escape in one of the U.S. helicopters that were seized when they took power.

The White House has said it does not yet have a “complete picture” of the military items seized by the Taliban, but has admitted that it includes planes like the Black Hawks that were given to Afghan national security forces.

The Taliban have seized several planes, helicopters, weapons and US equipment at Kabul airport. The Twitter page said next to the pictures.

But the United States “demilitarized” at least 73 planes to make them unusable when they left them, Central Command chief General Kenneth McKenzie told Agence France-Presse.

“Those planes will never fly again … They will never be able to be operated by anyone,” he said.