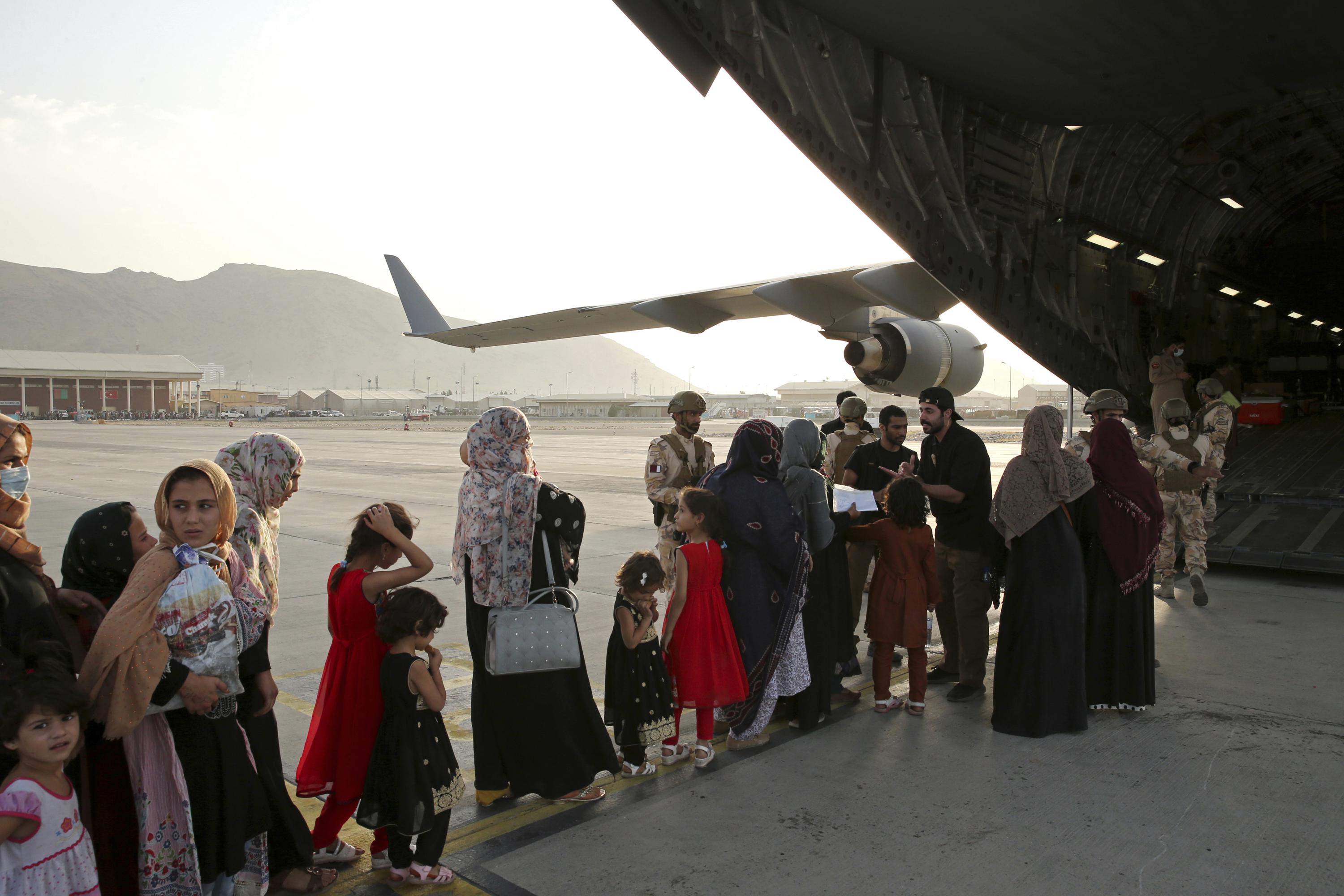 DUBAI, United Arab Emirates (AP) – Qatar played a key role in the United States’ efforts to evacuate tens of thousands of people from Afghanistan. Now the small Arab Gulf state is being asked to help shape what is next for Afghanistan because of its ties to both Washington and the Taliban, which are in charge in Kabul.

Qatar will be among the global heavyweights on Monday when US Secretary of State Antony Blinken hosts a virtual meeting to discuss a coordinated approach for the coming days as the US completes its withdrawal from Afghanistan following the Taliban’s takeover of the country. The meeting will also cover Canada, France, Germany, Italy, Japan, the United Kingdom, Turkey, the EU and NATO.

Qatar is also in talks to provide civilian technical assistance to the Taliban at Kabul International Airport when the withdrawal of the US military ends on Tuesday.

Qatar’s Foreign Ministry confirmed to the Associated Press that it has participated in negotiations on the operation of Kabul airport with Afghan and international parties, mainly the United States and Turkey. Qatar said its main priority is to restore normal operations while maintaining the safety and security of airport facilities.

Meanwhile, international UN agencies are asking Qatar for help and support in providing aid to Afghanistan.

The role of Qatar was somewhat unexpected. The nation, which shares a land border with Saudi Arabia and a large underwater gas field in the Persian Gulf with Iran, was to be a transit point for just a few thousand people who were aired from Afghanistan over a timeline of several months.

Following the surprisingly rapid Taliban takeover of Kabul on August 15, the United States looked to Qatar to help take tens of thousands of evacuations in a chaotic and hasty airlift.

In the end, nearly 40% of all evacuees were relocated via Qatar, winning its management’s piles of praise from Washington. International media also leaned on Qatar for their own staff evacuations. The United States said on Saturday that 113,500 people had been evacuated from Afghanistan since August 14. Qatar says just over 43,000 were in transit through the country.

Qatar’s role in the evacuations reflects its position as host of the Middle East’s largest US military base, but also its decision years ago to host the Taliban’s political leadership. in exile, giving it some influence with the militant group. Qatar also hosted US-Taliban peace talks.

Assistant Qatar Foreign Minister Lolwa al-Khater acknowledged the political progress Qatar has made in recent weeks, but rejected any suggestion that Qatar’s efforts were purely strategic.

“If anyone assumes it’s just about political gains, believe me, there are ways to do PR that are much easier than risking our people there on earth, much easier than we’ve had sleepless nights literally in the last two weeks, far less complicated than spending our time caring for every single child and every pregnant woman, ”she told the Associated Press.

For some of the most sensitive rescue efforts in Afghanistan, Qatar carried out the operation with just a few hundred soldiers and its own military aircraft. Qatar evacuated, among other things, a girls’ boarding school, a robot technology team consisting of girls and journalists working for international media. Qatar’s ambassador accompanied convoys of buses through a mantle of Taliban checkpoints in Kabul and past various Western military checkpoints at the airport, where massive crowds had gathered, desperate to flee.

In all, al-Khater said Qatar secured passage to the airport for about 3,000 people and aired as many as 1,500 after receiving requests from international organizations and researching their names.

Al-Khater said Qatar was uniquely positioned because of its ability to talk to various parties on the ground and its willingness to escort people through Taliban-controlled Kabul.

“What many people are not aware of is that this trip is not a phone call to the Taliban,” she said. “You have checkpoints on the American side, on the British side, on the NATO side, on the Turkish side … and we have to juggle all these variables and factors.”

The Taliban has promised amnesty to all those who remain in Afghanistan. Yet many of those desperate to get out – including civil society activists, those who had worked for Western armies and women who were afraid of losing hard-fought rights – say they do not trust the militants. In addition, other armed groups pose a growing threat. Last week, an attack by an Islamic State suicide bomber killed more than 180 people outside Kabul airport.

The US-led evacuation process has been marked by miscalculations and chaos, and it is spreading at the al-Udeid base in Qatar.

The hangars at al-Udeid were so crowded that the United States stopped flights from Kabul for several hours during the peak of the evacuation effort on 20 August. Nearby countries, such as Bahrain and the United Arab Emirates, accepted thousands of evacuees to ease pressure on the US base.

At al-Udeid, Afghan families evacuated by the United States waited for hours in poorly ventilated, humid hangars in the middle of the desert with insufficient cooling. A video posted by The Washington Post showed hundreds of evacuees in such a hangar with only a toilet and people sleeping on the ground.

Qatar built an emergency field hospital, additional shelters and portable restrooms to help close the gaps. In addition to what the U.S. military distributes, the Qatari military distributes 50,000 meals a day, and more and more by local charities. Qatar Airways has also provided 10 aircraft to transport evacuees from its capital, Doha, to other countries.

About 20,000 evacuees remain in Qatar, some expecting to leave within a few weeks and others in months as they await resettlement elsewhere. Seven Afghan women have given birth to children since their arrival in Qatar.

Qatar admits only a very small number of evacuees, among them a group of female students who will be offered scholarships to continue their education in Doha. Qatar is also hosting some evacuees in furnished apartment facilities built for the FIFA World Cup, which will be played in Doha next year.

The energy-rich nation is a tiny country with a little more than 300,000 citizens, where posted foreign workers on temporary visas far exceed the local population.

The White House says President Joe Biden personally expressed his appreciation to Qatar’s 41-year-old Emir Tamim bin Hamad Al Thani by telephone, noting that the US-led airlift would not have been possible without Qatar’s support facilitating the transfer of Thousands of people daily. .

It is the kind of positive publicity that millions of dollars spent by the Arab Gulf states on lobbying and public relations could hardly guarantee.