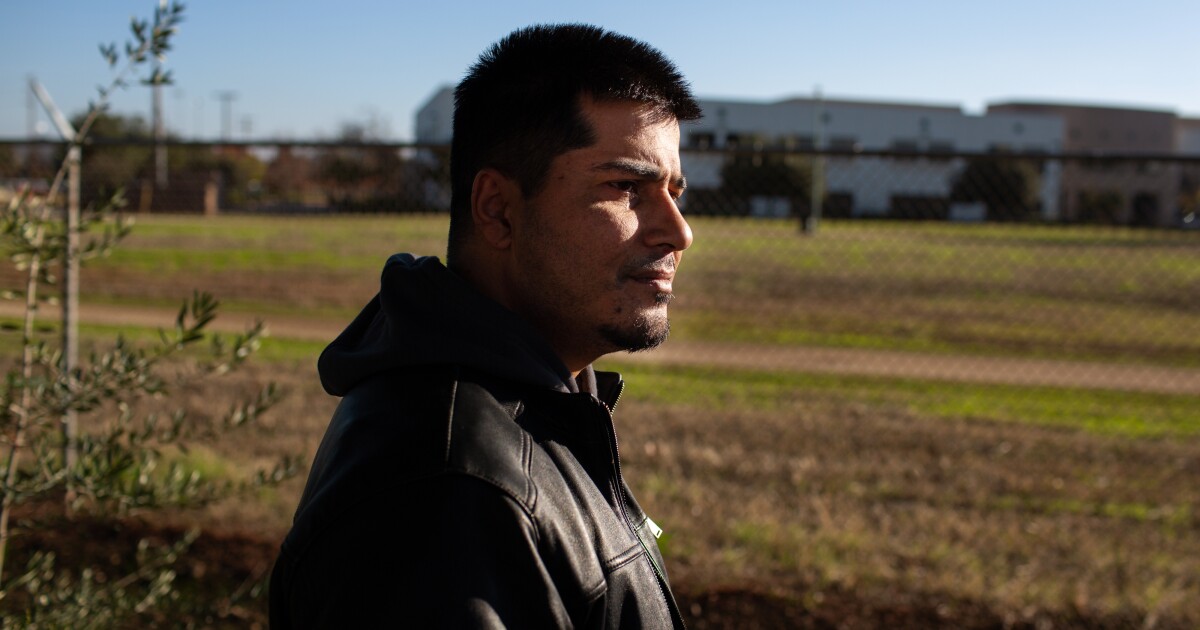 Emal Salarzai woke up in the middle of the night a few weeks ago and felt his skull burn, a heat so real that he went to the mirror and started shaving his hair off.

“I thought of my mother and my father,” he said, “I am the only son, the only child.”

Kabul had fallen two months earlier and his parents had been captured in Afghanistan. They still are. The Taliban are looking for his father and two uncles, he said, all of whom helped the U.S. regime – and so did he, who worked with the U.S. military to train Afghan troops in English and computers. His mother, Masoma, 56, disabled by heart disease and diabetes, could not understand why others have been able to land coveted seats on outgoing planes when they have not.

When Salarzai, 34, talks to her sporadically on WhatsApp and Signal from Elk Grove, a suburb of Sacramento, which is his home, she asks him why he has not been able to help.

“Every time it’s her word,” Salarzai said. “When are we coming out?”

He has no answer.

The United States evacuated more than 120,000 people before the withdrawal of U.S. troops in August and the Taliban’s staggeringly rapid takeover, according to the U.S. Department of Homeland Security. Thousands of Afghan refugees included in these airlifts remain in “lily pad” third countries, awaiting transit to final destinations. More than 70,000 have arrived in the United States, many still living on military bases.

But thousands of vulnerable Afghans remain inside the country, increasingly desperate to leave the country as opportunities to do so dwindle, say family members and aid organizations. A handful are U.S. citizens or visa holders. Many more, like Salarzai’s parents, lack official status or documentation, but are in danger, either because of their own activities in the country, or because their relatives helped the United States.

A spokesman for the U.S. State Department said it has continued charter flights to facilitate departures for U.S. citizens and residents, and remains committed to the “monumental” task of helping vulnerable Afghans who want to travel. It has evacuated about 600 people since its official withdrawal in late August, the spokesman said. However, the majority of flights abroad are now handled through US allies such as Qatar and non-profit and aid organizations that charter their own aircraft, create their own manifestos and work to gather the necessary government approvals both through the US and the new regime in Afghanistan. It is a slow and incoherent process.

The State Department said it is working to “accelerate” the pace of charter flights and has set up a group across agencies to streamline its efforts. But the removal of the US government and struggle to fill the void left by countless smaller players have left confusion and frustration for the Afghans. With no central command and no clear information on who is involved and how charter flights become occupied, those seeking refuge are left dependent on tips from friends, internet information and luck, Salarzai and others said.

“It’s not as simple as it used to be … when there were airplanes and people jumped on and they took off,” said Ismail Khan, a volunteer at the non-profit organization No One Left Behind, which helps special immigrant visa holders – them , granted entry into the United States to assist troops as interpreters or other critical roles. “There are a lot of people that you have to have their approval to get someone on a flight.”

Khan said that even with his connections through the nonprofit work, he is not able to get answers about his own family, who are also trapped in Afghanistan.

“There is no follow-up,” he said. “You can not get an answer from someone who will tell you, ‘Hey, it’s going to happen in a month or two months or a year’ or, ‘It’s not going to happen’.”

Recently, his 15-year-old brother was kidnapped and beaten by the Taliban, he said, released after the family paid a ransom. Now his family is divided into four groups and hiding. But Khan fears his high-profile work, advocating for others, will continue to make them targets. Like Salarzai’s family, they want to know why he can no longer.

“The hardest thing for me is that I have talked to senators and congressmen and news reporters and tried to do everything for others and my family as well,” Khan said. “My family, they call me every day and say, ‘Look, people are coming out, and you’re helping people get out, and you’re not helping us. What’s going on?'”

The pressure on those living in the United States to help families abroad is traumatizing Afghan communities – especially recipients of special immigrant visas such as Salarzai and Khan, who fear their families will die or be imprisoned if they do not find a way out.

“I can guarantee you that everyone here already had PTSD and they are going through a mental health problem right now,” Khan said. “I’m struggling at work. I can not really focus. … It’s been a nightmare.”

Kerry Ham, CEO of World Relief Sacramento, a resettlement agency working with Afghan refugees, said the mental health crisis is likely to grow. He receives several emails every day asking for help with evacuations, many from people who are themselves refugees and just “getting up day by day and trying to figure out what they can do,” he said.

On Thursday, Salarzai sat in the rented warehouse, where he stores clothes for resale on Amazon. His dark eyes looked tired, his hair growing back to a short sum. There were few candles lit in the cluttered room, with boxes of shirts and shoes stacked to the ceiling. The room got dark as the sun went down on Veterans Day.

He was waiting for a call from his father, but had no good news to give. He had still heard nothing back, except from a single source who was working to get his parents on a charter flight. The source said they should have passports first – theirs has expired.

But passports are hard to get in Kabul, Salarzai said. Hundreds line up every day at the official office now run by the Taliban. He still hesitates that his father shows up there.

Salarzai’s father worked as an intelligence liaison for the displaced regime and is known by his neighborhood as “Dagarwah” – the colonel – even though he is retired from military service. The family fled to Pakistan with nothing when the first Taliban regime took over. Salarzai was 4 and they lived in camps until his father could be established.

When the Taliban were overthrown, they returned to a ravaged Kabul. Salarzai was 14 and remembers coming through the Khyber Pass and seeing a soldier with a gun wearing traditional leather sandals instead of boots. It made him feel like he was at home.

He grew up in a Kabul that was being rebuilt around him. A television station became dozens. There was music and girls were doing things. His female cousins ​​went to school – one became a teacher and another a doctor. His uncles worked dangerous jobs in support of the government, while his family also rebuilt. He helped the colonel build an eight-bedroom “villa” where their extended family lived together, where the colonel took his grandchildren to school every day.

Salarzai rose through the ranks to become a trainer at the Morehead English Language Training Center, an elite school that prepared Afghan troops to travel to the United States and other countries for courses with special forces such as Army Rangers, he said.

On his phone, he saves a photo of Canadian Lieutenant Colonel Jean-Guy Levesque giving him the book of operating procedures when Salarzai became head and supervisor of the school, the first Afghan to take control of the facility, in 2012. He loved the job, loved to help Afghanistan become a new country, he said.

But he began to receive threats and worried about his children. In 2015, he came to the United States on a special immigrant visa.

He tried to return to Afghanistan after only a few months in the US and missed his parents too much. His mother told him: “People are dying after just getting out of this country and you have a green card in your hand and you say you do not want to leave … Just go and if [Allah] helps, we will be with you. ”

Not long ago, members of the Taliban came to the door of the house where Salarzai’s grandfather and 8-year-old cousin were staying. They beat the boy, he said, and demanded to know where the colonel was. Neighbors called the family to warn them.

“Just tell the colonel not to come home,” they said.

Salarzai and Khan both said they fear the Taliban will become more courageous as time goes on and international interest declines. They are worried that they will not be able to get their families out while there is still a small window of opportunity.

“There is so much hope,” he says, squeezing two fingers almost to the touch, “it gives me strength.”