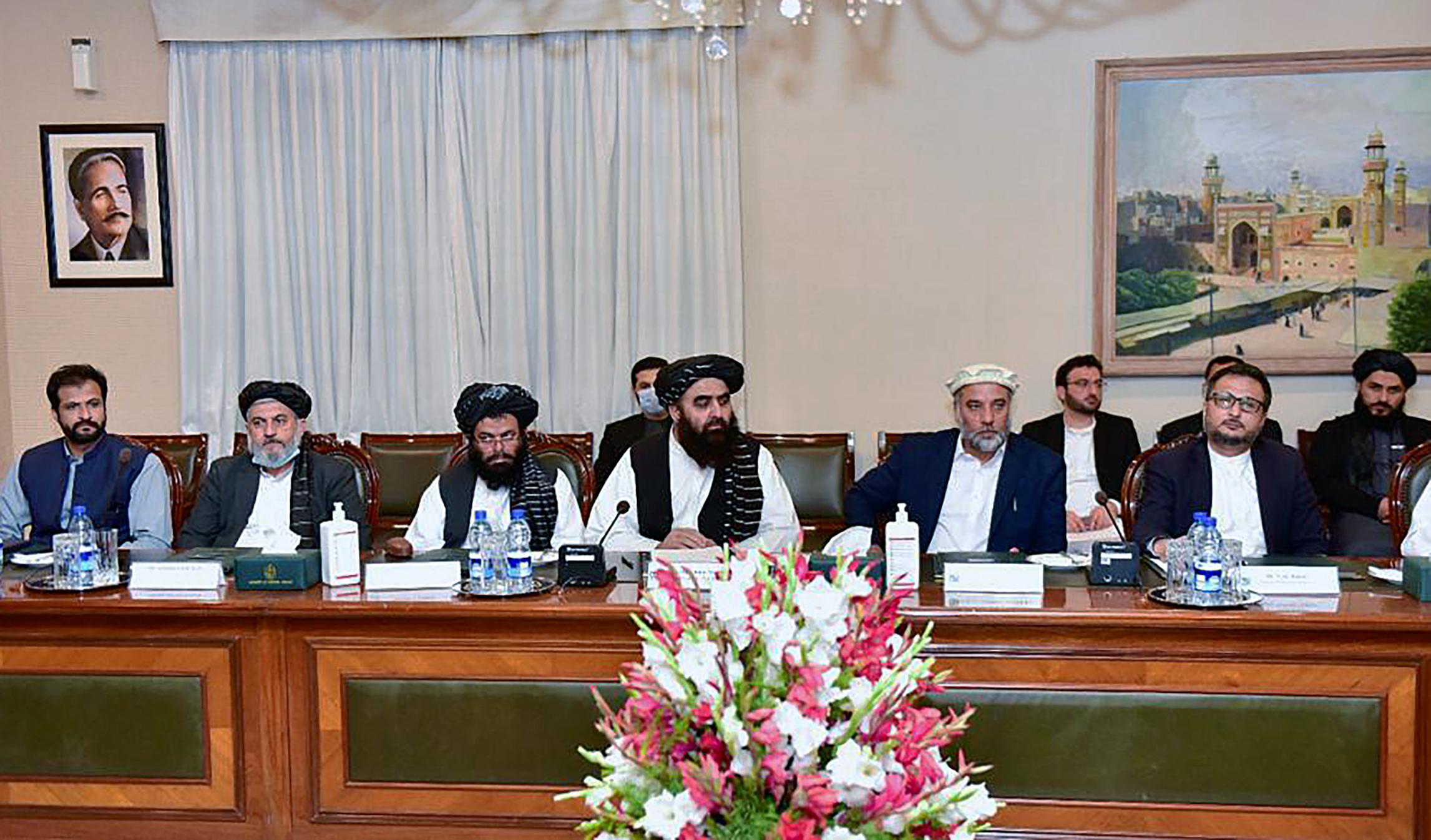 ISLAMABAD (AP) – Pakistan on Thursday hosted talks with special envoys from the United States, Russia and China on the road ahead of Afghanistan, where a deeper humanitarian crisis has forced many Afghans to migrate to neighboring countries since the Taliban took power in August.

The international community has not recognized the government appointed by the Taliban. Afghanistan’s Taliban-appointed foreign minister, Amir Khan Muttaqi, did not attend the meeting but later met with the special envoys in Islamabad.

He also met separately with Pakistani Foreign Minister Shah Mahmood Qureshi and other officials to discuss a range of issues, including how to help Kabul overcome a deeper economic crisis and avoid a refugee crisis.

The meeting issued a joint statement calling on the international community to provide humanitarian aid to the Afghan people as soon as possible. It also urged the Taliban to form an inclusive and representative government that respects the rights of all Afghans and provides equal rights for women and girls to participate in all aspects of Afghan society.

The statement welcomed the Taliban’s continued commitment to provide safe passage for anyone wishing to travel to and from Afghanistan, and encouraged rapid progress, with the onset of winter, with arrangements to establish airports across the country that can accept commercial air traffic. , which is essential to enable an uninterrupted flow of humanitarian aid. “

It also condemned the recent deadly attacks in Afghanistan and called on the “Taliban to cut ties with all international terrorist groups, dismantle and eliminate them in a decisive manner and to deny space to any terrorist organization operating in the country.”

Thursday’s rally in Islamabad comes weeks after Russia hosted similar talks on Afghanistan, which Washington did not attend. On Wednesday, India hosted senior security officials from Russia, Iran and five Central Asian countries to discuss the consequences of the Taliban’s takeover. India’s arch-rival Pakistan and its ally China boycotted these negotiations.

The Taliban seized power in a blitz offensive that captured the capital Kabul and most of the country on August 15, ahead of the final withdrawal of US troops from Afghanistan after 20 years of war.

In his remarks at the meeting, Qureshi expressed concern that an economic collapse in Afghanistan would cause broader instability.

“We all have common concerns related to Afghanistan and also have a common interest in the country’s peace and stability,” he said, also calling for the release of Afghan funds, which are frozen by the world community.

Qureshi urged a “commitment with the new Afghan government” to “help consolidate peace and stability, promote sustainable economic development and help narrow space for terrorist equipment operating from and within Afghanistan,” he said. .

“With international funding dried up, it has become difficult to pay equal wages, let alone pursue development projects,” he added. ‘The common man tumbles under the consequences of a severe drought. Any further downturn will severely limit the new administration’s capacity to govern the government ”in Afghanistan.

Pakistan has called on nations to release Afghanistan’s assets abroad to give the Taliban access to those funds to avert the deeper crisis. The Taliban-led administration does not currently have access to the Afghan Central Bank’s $ 9 billion reserves, most of which are owned by the New York Federal Reserve.