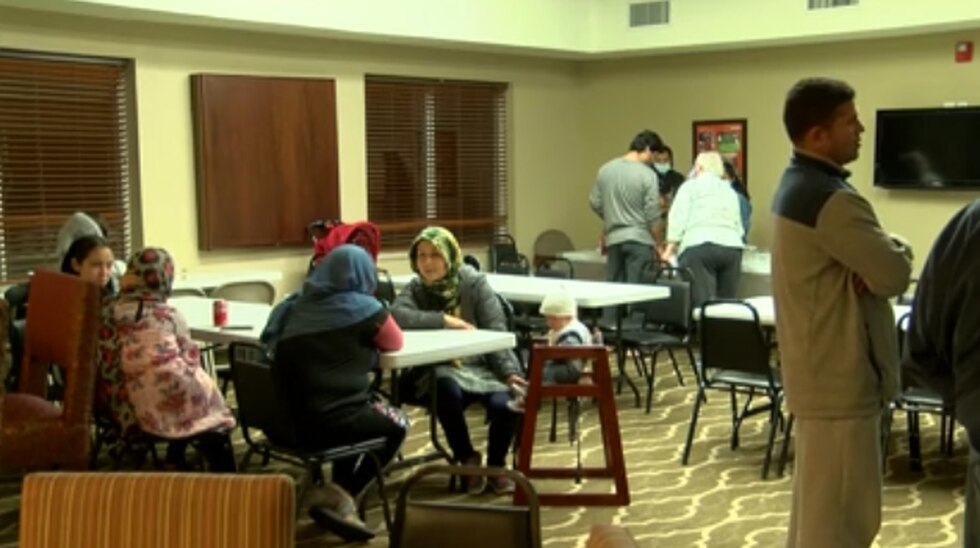 OWENSBORO, Ky. (WFIE) – Refugees from Afghanistan are now arriving in Owensboro, where volunteers have become creative as they have found places to live.

Comfort Suites in Owensboro hosts some very special guests. The hotel has become the temporary home of about 120 refugees from Afghanistan.

In a normal year, the Owensboro International Center will help bring in about 40 refugees, but with this group, they receive about 150 in ten days. The process has pushed volunteers to their limits, but it has not taken them long to get in touch with the people, even though they are from the other side of the world.

“That I do not have much in common on the surface, but deep down, I have it because they are kind and peaceful people who want to create a better life for their family and they could not do that there,” said Diane Ford, an international center volunteer.

Evansville Islamic Center has provided food. Several other churches and organizations have also struck. They even drove them to Smothers Park on Friday and then to the Islamic Center for Prayer.

For some of them, it was the first time they had been out of the hotel for over a week.

One man says he did not know Kentucky was once a state before he came here, and now he has a hard time imagining he was going to travel.

“Since I did not know this state, my intention was to go here to get the document and move out, but that has completely changed now,” said Khaibar Shafaq, an Afghan refugee. “Too many people we talk to them, we discuss with them, they say, ‘oh no, we do not want to move, it’s a great place, people are very sweet’.”

Work can be a strain on volunteers, but they say it’s worth it, and they do it out of love.

“Getting the kids to lighten the mood, yes, I’ve been worried about them,” said Nancy Connor, a volunteer at the International Center. “We will do the best we can to get them settled.”

The International Center is working to find apartments and housing so that those who want to stay longer may.

150 refugees in 10 days may sound like a lot, but they are not finished yet. They are happy to receive those who are still on the way.