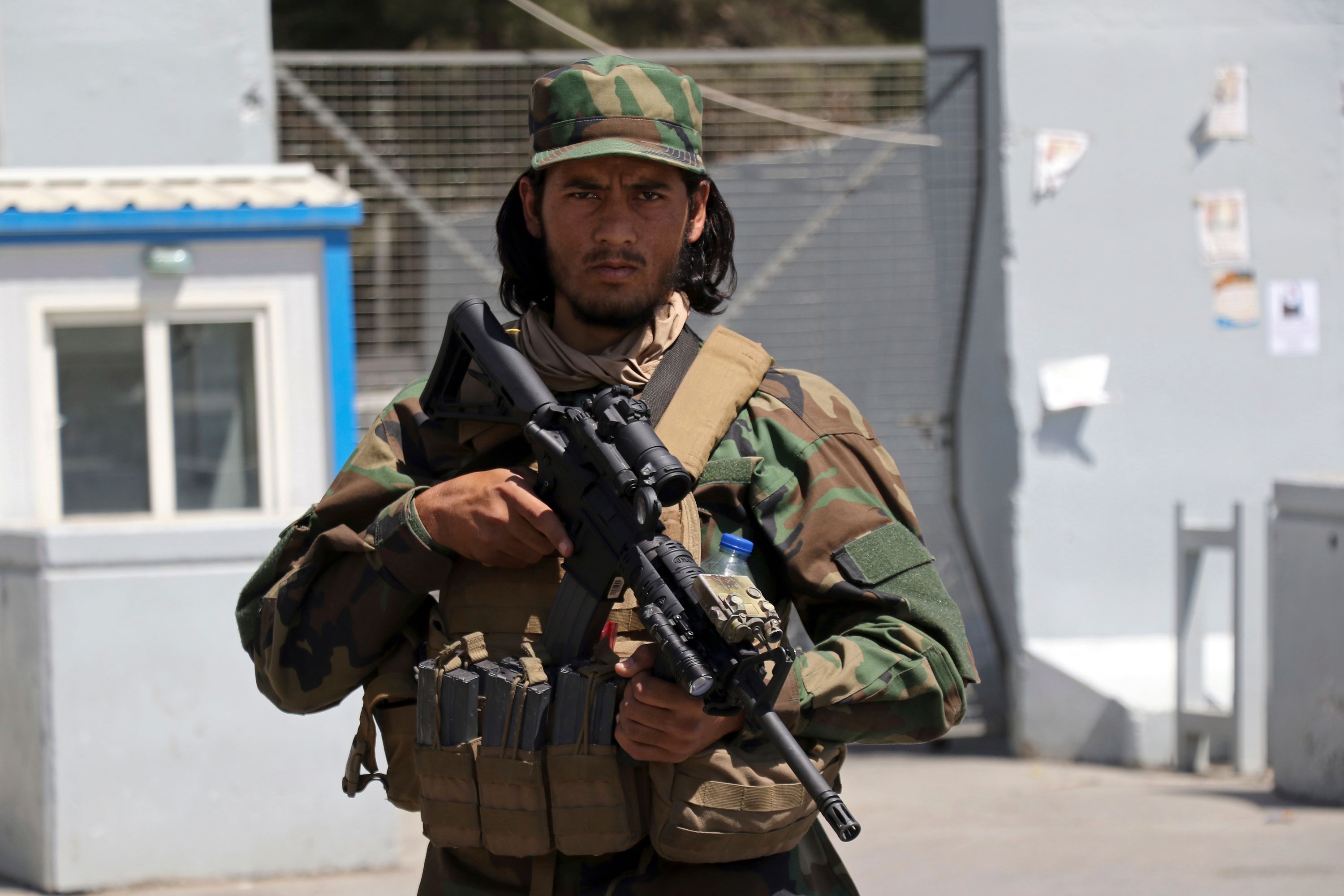 “They come from door to door to get something to eat,” says the woman I reached via Skype on her cell phone. As a widow, she worked in my Kandahar cooperative, where she cracked almonds at the running bag and added vegetable dyes to our soaps and shaped them to look like shiny river-borne cobblestones. She talks about Taliban fighters who search through her neighborhood and beg. “I say to them, ‘Look around, man! You’re thinking I have do you have something to give you? ‘”

Others I have reached say that some of these unemployed fighters are joining ISIS-K, lured by the same combination of pay and the promise of good things to come if they become “martyred”, which the Taliban served to recruit young men. “War for a paycheck,” said a former police officer. Last month, right there in the Taliban’s original stronghold, an explosion a few blocks away from our workshop killed nearly 50 people at Friday prayers. ISIS-K claimed the slaughterhouse.

So now it is the Taliban that is in a counter-insurgency movement.

Internally, Afghanistan’s new rulers are locked in a battle over who gets what position in their non-functioning government, according to another Kandahar friend, Pashtoon Atif, a former minister who fled the country but is constantly in contact with contacts close to power in Kabul. .

And what is plum job in this embryonic Islamic emirate? Do ideological moderates and hardliners, as we have heard them called, quarrel over the Ministry of Religious Affairs?

“Are you kidding?” mocks Atif. “They want the positions where there is money – like the Ministry of Finance. It’s not the 1990s Taliban. They have seen their cousins ​​and former neighbors raise millions in the last 20 years. They want some of it. ” All his interlocutors, says Atif, both pro- and anti-Taliban, doubt that the regime will last a year.

For the approximately 40 million Afghans who were unable to penetrate the planes that took off in the wake of Kabul’s collapse, the result of this chaos is indescribable. According to the UN World Food Program, as much as half of the population, or more than 22 million people, will not have enough to eat in the coming year. More than 675,000 are internally displaced. It’s as many people as live in my hometown of Boston.

And there is no sign that Afghanistan’s new rulers are taking steps to counter the disasters that their victory has brought.

As heartless as it may sound, this situation offers the West an unprecedented leverage over an enemy it could not strike on the battlefield. To this leverage is the fact that the Taliban leadership includes at least one sanctioned terrorist and several infamous drug lords.

American and European leaders should not waste this unexpected benefit. They should not allow the Taliban to turn the Afghan people into hostages, waving their ailments to obtain unrestricted financial assistance and international legitimacy.

The dimensions of the looming crisis, as well as perhaps a persistent sense of guilt, make the pressure to make it almost irresistible. Especially for Europeans, the specter of a mass exodus of Afghan refugees and the potentially explosive political consequences in this country can contribute to the kind of panic that is not conducive to good politics. Humanitarian agencies, motivated by concern for Afghans, but perhaps also their own bottom line, are doubling the pressure for immediate action.

Washington and its NATO allies should resist it. Instead, they should use their leverage to attach conditions to the delivery of any financial or humanitarian aid and exploit the Taliban’s desperation to enforce some of the terms of the 2020 Doha Agreement, which the group promiscuously violated when it won the war.

Does the West want the Taliban to refrain from trucking with international terrorism or to try to expand their Islamic emirate beyond Afghanistan’s borders? Do we think that an Afghan government representing the spectrum of people that make up the nation would be more stable than a government led by a narrow – and largely disgusting – authoritarian faction? Do we want half the population that has two X chromosomes to enjoy the same human rights as their male counterparts, such as the right to learn, teach, or practice medicine? Do we believe that Afghans deserve freedom of movement and expression?

These are some of the conditions that the West can and should impose on any assistance to its former enemy.

Using this kind of leverage may seem like an obvious diplomatic tool, but oddly enough, the United States has never been good at handling it. In his 1973 landmark study of the Vietnam War, Robert W. Komer examines what he calls a “fixed feature of US relations with other countries:” a “remarkable reluctance” to pressure client governments – through conditions of military and civilian assistance, e.g. . To comply with minimum standards of conduct for their citizens. The Vietnamese government, he estimates, “used its weakness as leverage for us far more effectively than we used our strength to exploit it.”

Komer might as well have written about Afghanistan. When then-General David Petraeus was in command of international troops in 2010, I begged him to find ways in which he could impose consequences on senior Afghan army officers – and even civilian leaders he worked with – if they were caught committing serious acts of corruption. . If I did not, I warned him that he would lose the war.

I do not think we have the big lever, contradicted Petraeus. I could feel my eyes widen. Really? U.S. taxpayers accounted for the salaries of every Afghan soldier and officer – not to mention the president and his personal staff and hundreds of other Afghan officials. International forces entered into contracts with companies run by sons and cousins ​​of members of the government. The visible presence of Westerners side by side with corrupt officials allowed them to rule over their communities. No gearing?

(When Petraeus was asked for a comment, he told POLITICO that he actually believed in leverage and found ways to remove Afghan commanders of corruption on several occasions.)

The European Union was no longer sophisticated compared to Afghan counterparts at the time. And now it is apparently on the verge of opening a diplomatic mission in Kabul – in effect, by acknowledging the Taliban government, which violates any declared value of it.

Western countries should not move too fast. Just because we have failed to use our leverage in the past does not mean we should not start now.

One way of thinking about the difficult question of imposing conditions on humanitarian aid is to consider any offer to give it the equivalent of a treaty with a hostile foreign power. The nuclear agreements with the USSR and Iran included not only conditions but urgent verification procedures. This is the model to be used here.

But strangely enough, even though the Taliban have inflicted more damage on our countries’ national interests than either Iran or the USSR, I have not seen any list of conditions that could be linked to aid or the legitimacy that would be granted by an EU mission, either. not a discussion of timelines and benchmarks for negotiations to expand the government beyond the ranks of Taliban leaders. I have not heard any intention of carrying out field surveillance missions to ensure compliance with such conditions or to impose consequences in the event of failure to do so.

Humanitarian aid should be tailored to serve humanitarian purposes only. And no matter what rights, values ​​and national interests the West sought to establish and protect in Afghanistan, the Taliban should now be required in return to save them from themselves. Independent verification measures should be part of any agreement and should be strictly enforced.

Let us not let a quarrel gang of war criminals maneuver us to beg them to let us save them – and sacrifice the Afghan people again, as well as the work and lives of our own citizens in the process.