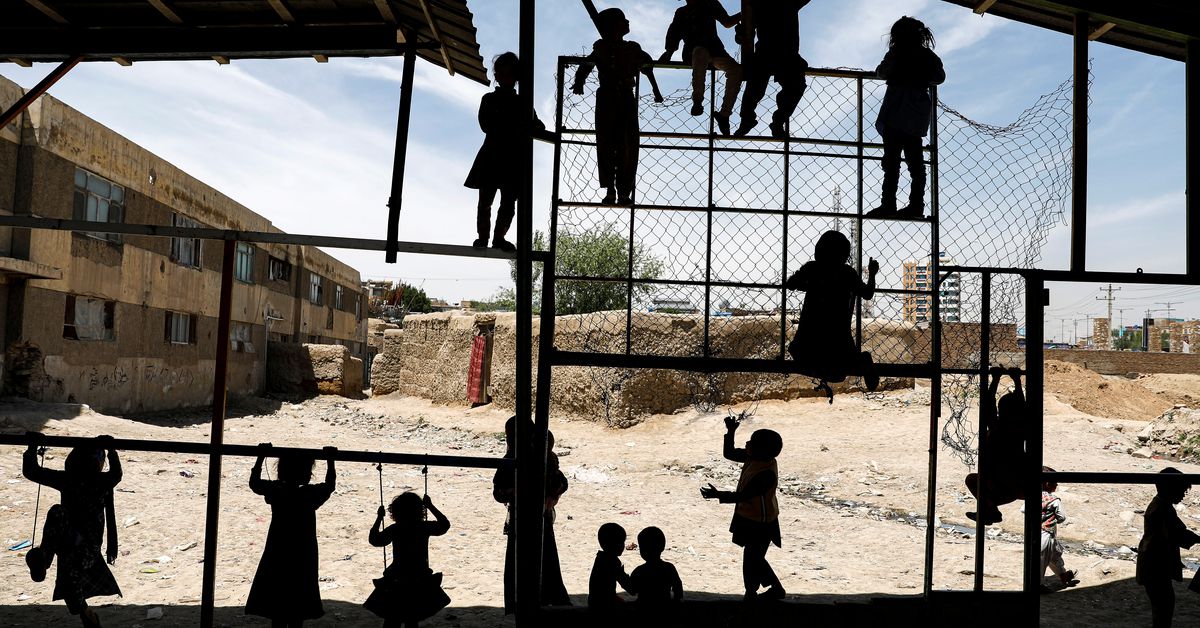 Internally displaced Afghan children play outside their shelter, in the midst of the spread of coronavirus (COVID-19), in Kabul, Afghanistan May 7, 2020.REUTERS / Mohammad Ismail / File Photo

GENEVA, NOVEMBER 12 (Reuters) – About 3.2 million children are expected to suffer from acute malnutrition in Afghanistan by the end of this year, with 1 million of them at risk of dying when temperatures drop, a spokesman for World Health Organization Friday.

Aid agencies have warned of famine as a drought coincides with a failing economy following the withdrawal of Western economic aid in the wake of a Taliban takeover in August. The health sector is particularly hard hit, with many health workers fleeing because of unpaid wages. Read more

“It’s a battle uphill as hunger seizes the country,” Margaret Harris told reporters in Geneva from the capital, Kabul. “The world must and can not afford to turn its back on Afghanistan.”

Night temperatures drop to below zero degrees Celsius, and colder temperatures are expected to make the elderly and the young more susceptible to other diseases, Harris said. In some places, people are felling trees to provide fuel to hospitals amid widespread shortages, she added.

Harris did not have figures for the number of children who had already died of malnutrition, but described “wards filled with small toddlers,” including with a seven-month-old baby, which she described as “less than a newborn.”

Measles cases are on the rise in the country, and WHO data show that 24,000 clinical cases have been reported so far.

“For malnourished children, measles is a death sentence. We will see so many more deaths if we do not move forward with this quickly,” Harris said.