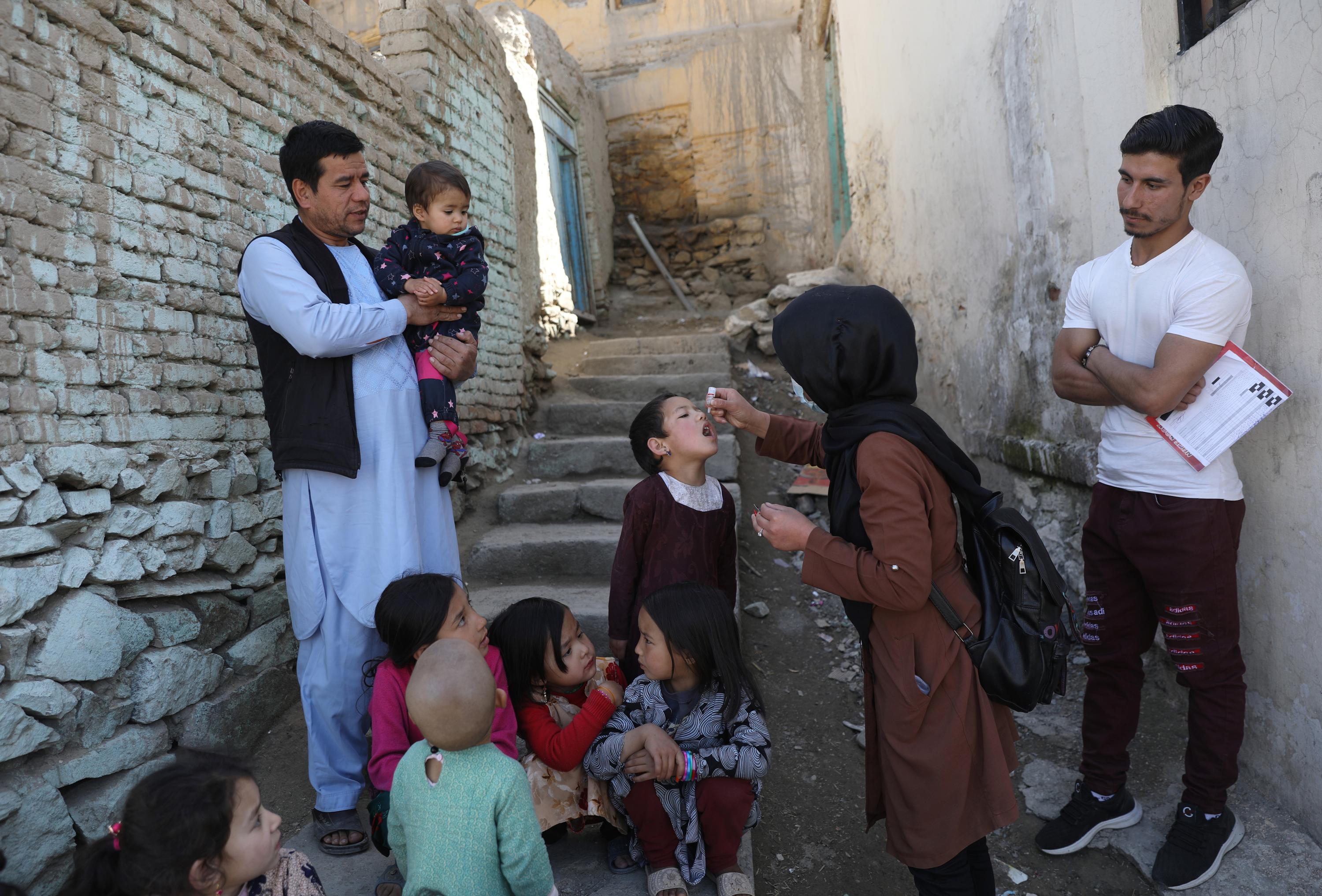 ISLAMABAD (AP) – The Taliban-run Afghan Ministry of Health on Sunday announced the start of a four-day nationwide polio vaccination campaign aimed at inoculating children under the age of five.

For the past three years, before taking control of Afghanistan, the Taliban had prevented UN-organized vaccination teams from conducting door-to-door campaigns in parts of the country under their control. The group was apparently suspicious that the team members could be spies for the previous government or the West.

Due to the ban and the ongoing fighting, about 3.3 million children have not been vaccinated in the last three years.

“Polio is without a doubt a disease that without treatment will either kill our children or give them permanent disability, so in this case the only way to implement the vaccination is,” said Dr. Qalandar Ebad, Taliban’s acting Minister of Public Health.

Afghanistan and neighboring Pakistan are the only countries in the world where polio remains endemic and the disease can cause partial paralysis in children. Since 2010, the country has conducted regular inoculation campaigns in which workers go from door to door giving the vaccine to children. Most of the workers are women as they can have better access to mothers and children.

The four-day campaign starts Monday and takes place across the country, Ebad said. The estimated target population is Afghanistan’s 10 million children under the age of 5, including the more than 3.3 million who have not been reached since 2018.

“Vaccination of (children) under the age of five in the country during the national vaccination days is a gigantic task. It is not possible for the Ministry of Public Health alone to complete this task successfully, so we need the support of all the departments lined up, ”said Nek Wali Shah Momin, an official in the Ministry of Health in the polio eradication department.

The Taliban’s reported support for the campaign appeared to be aimed at showing the international community that they are willing to cooperate with international agencies. The longtime militant rebel force has sought to win the world’s recognition of its new government and reopen the door to international aid to save the crumbling economy.

The World Health Organization and UNICEF said in a joint statement last month that they welcomed the Taliban leadership’s decision to support the resumption of house-to-house polio vaccinations across the country.

Large parts of the country have been out of reach for vaccinations in recent years. Particularly in the south, the Taliban ban was in effect. In other areas, door-to-door campaigns were impossible because of fighting between the government and rebels or because of fears of kidnappings or roadside bombs. In some places, hardline clergymen spoke out against vaccinations, calling them un-Islamic or claiming to be part of a Western plot.