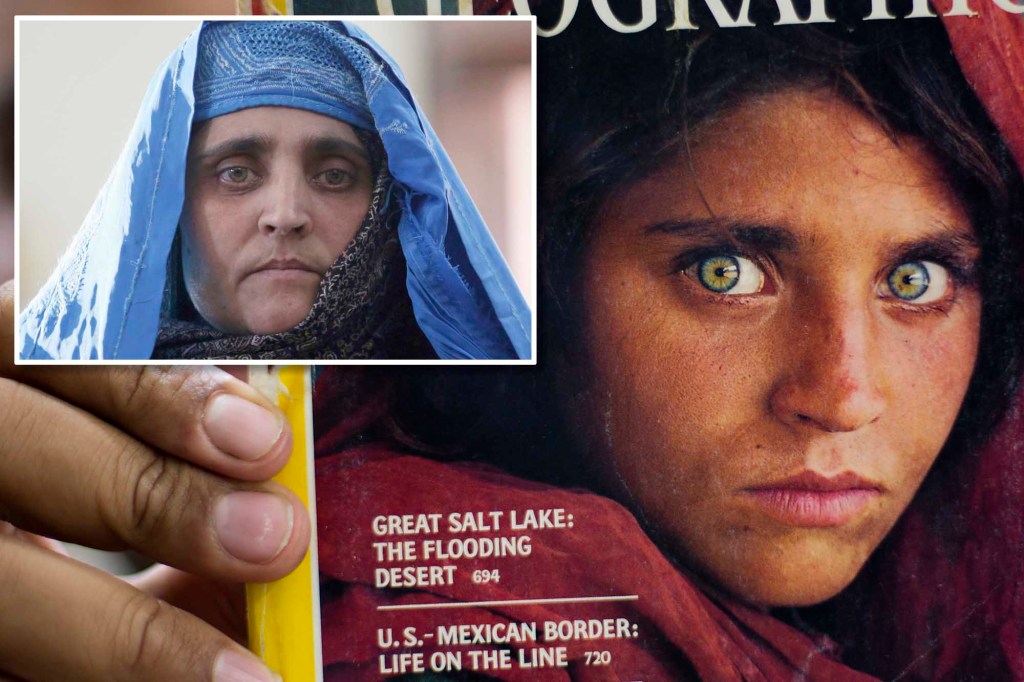 Italy has given the iconic green-eyed National Geographic “Afghan girl” a safe haven just months after the Taliban regained control of her homeland.

On Thursday, Italian Prime Minister Mario Draghi’s office announced that the country was organizing Sharbat Gula’s trip to Italy as part of their evacuation efforts for Afghan citizens wishing to leave the nation in crisis.

“In response to requests from those in civil society, and in particular from non-profit organizations working in Afghanistan, which, following the events of August last year, have supported Sharbat Gula in her plea for help to leave her country, the Presidency of the Council of Ministers has this possible, and organized that she can travel to Italy as part of the broader evacuation program in place for Afghan citizens and the government’s plan for their reception and integration, ”Draghi’s office said in the announcement of Gula’s arrival in Rome.

Gula first gained world attention in 1985 after appearing on the cover of a National Geographic magazine. Her photo, best known for her striking green eyes, was taken by American war photographer Steve McCurry while she was in a refugee camp in northwestern Pakistan during the Soviet-Afghan war.

Her identity was revealed in 2002 when McCurry returned to the region and tracked her down.

Gula, now 49, was 12 years old when she was photographed by McCurry. She is currently a widow and mother of four.

In 2016, Gula was arrested by Pakistani police for having a fake ID card – accusations she denied. Not long after being arrested, she was deported to Afghanistan, where she was warmly welcomed by Afghan President Ashraf Ghani, who gave her the keys to an apartment.

Gula’s arrival in Italy comes nearly three months after the United States ended its full troop withdrawal and initial evacuation efforts by Americans and Afghan allies out of the country. In the last weeks leading up to the withdrawal deadline, the Taliban took control of large parts of Afghanistan and eventually Kabul, regaining control of the country.

In August, Italy claimed to have evacuated nearly 5,000 Afghans, reportedly the most evacuated by a country in the EU.

The Italian government intervened in the 49-year-old’s evacuation after Gula asked for help to leave.

Under their previous rule from 1996 to 2001, the Taliban prevented women from working and banned girls from school.

Since taking control in August, the militant group has said it will respect “women’s rights”, including allowing women to go to school and work