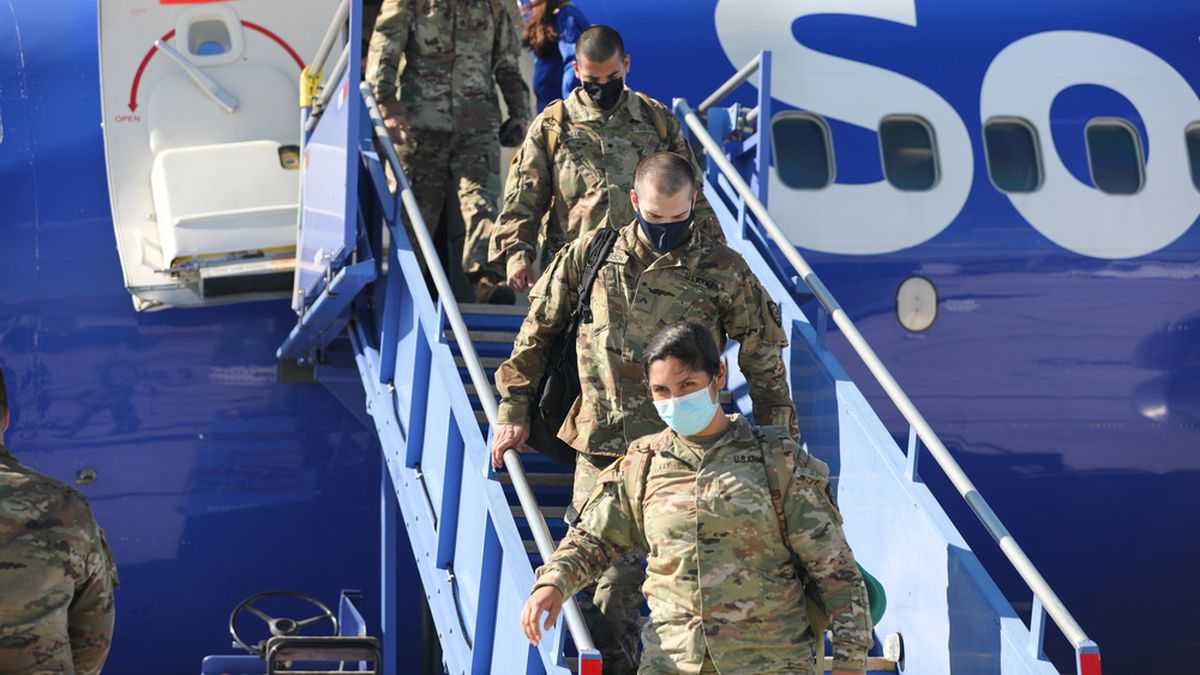 About 200 members of the Oregon Army National Guard are currently deployed to a base in Indiana, supporting the admission and treatment of more than 7,000 Afghan refugees.

Both the 224th Engineer Company of Dallas, Oregon, and the 1186th Military Police Company out of Salem arrived at Camp Atterbury last month near the city of Franklin, Indiana, where the Department of Homeland Security has set up its own small town of refugees, military personnel, government employees and staff. from non-governmental organizations.

The effort is part of “Operation Allies Welcome” – Homeland Security’s effort to resettle people fleeing Taliban persecution following the US withdrawal from Afghanistan.

According to Aaron Batt, Homeland Security’s federal coordinating officer for Operation Allies Welcome, Camp Atterbury is one of eight “safe havens” located across the country. The federal government has set up these admissions centers to provide medical screening, language teaching, regular education, labor force, and other essential skills training for refugees who can be rehabilitated while preparing to be placed in a U.S. community.

Many refugees who arrived with ties to the United States are already in communities here, but many more are awaiting placement through one of nine federally recognized resettlement agencies, which have subsidiaries in cities across the country.

Getting to know newcomers from Afghanistan

“It is a great experience to be able to say that we are part of this historic moment in these unprecedented times that we were able to come and support these people who have been through so much,” Esselstrom said.

Esselstrom said his police company verifies the identity of everyone entering the base and patrols the area to ensure the safety of staff and their Afghan guests.

Esselstrom said things have remained quiet and peaceful at the base, which is nestled among Indiana’s cornfields. He said he has enjoyed interacting with Afghans seeking a new life in the United States

“We are certainly engrossed in the Afghan people,” he said. “They are very fascinated by everything we do. When we first got here, the kids in one of the blocks had a coloring contest and showed us all their pictures.”

Scenes of such interactions are common at Camp Atterbury, Lerwick said.

Lerwick’s role in Operation Allies Welcome often causes her to interact with the various “mayoral cells” – or blocks of Afghan refugees, each with its own leadership and structure.

Lerwick hosts meetings three times a week with the leaders of each mayoral cell to give them updates on what’s happening at the base, who has received placement, and where they are headed.

Lerwick – who works for a small industrial administration firm in her civilian life – said part of the reason she chose to join the National Guard was the opportunity to work on humanitarian missions like this one.

Last year, Lerwick’s unit was deployed to support firefighting activity on two fires near Chiloquin. The unit has also engaged in work to help maintain public areas near Redmond.

“It’s the kind of humanitarian part of it that’s really satisfying for us because we’re seeing the happy ending,” Lerwick said. “We’re going to see them when they pack their suitcases, they have their destination, and they’re going to leave and start their lives in America.”

Both Lerwick and Esselstrom said they have been impressed with the resilience of the Afghan people they have met.

Not only have interactions been overwhelmingly positive, but they have started to make many of the people they have met at the base happy.

“There is a young man who speaks very good English and comes in and in a way gives everyone a hard time. We are very happy for him but I think he will leave within the next few days,” said Lerwick. “He actually told us he was moving to Portland, so maybe we’ll see him again one day and play football.”

According to Lerwick, football is ubiquitous among Afghan guests at Camp Atterbury. Children – who make up 47% of the Afghan refugees there – play in the green areas of the base almost all day long, and are often the ones asking military personnel to take part in fighting.

Some Afghans have asked soldiers about various places in the United States they have traveled to or lived in.

Lerwick said she tries to speak up in places like the Midwest and Oregon. While these places are not as flashy as New York or California, she does her best to tell how charming they can be.

Soldiers also discuss differences between Afghan and American culture. For example, Lerwick said, many Afghans have been shocked to hear that there are speed limits on almost every road in the United States.

It is these interactions that Lerwick and Esselstrom said they will value as part of their time to support Operation Allies Welcome.

Colonel Dale Jackson, defense coordinating officer for FEMA’s Great Lakes region and one of the top military officers at Camp Atterbury, said the skills and personalities National Guard members bring to the mission from their civilian lives are crucial to its success.

“You see these skill sets come out when they work more with them on a daily basis, and they have those interactions,” he said.

According to Jackson, there are many military personnel in Camp Atterbury who have served in Afghanistan over the past three decades, and they understand that many of these refugees were friends and colleagues who – until a few months ago – looked forward to the dream. to build a more solid democracy in their home country.

“Suddenly it ended and they were displaced quickly and violently from that dream, so there is a lot of mental, emotional and spiritual they are working through,” Jackson said. “They arrived here, and now they’re doing soul searching, dealing with that pain, dealing with that trauma, but also looking forward to trying to figure out now, ‘What’s my new dream?'”