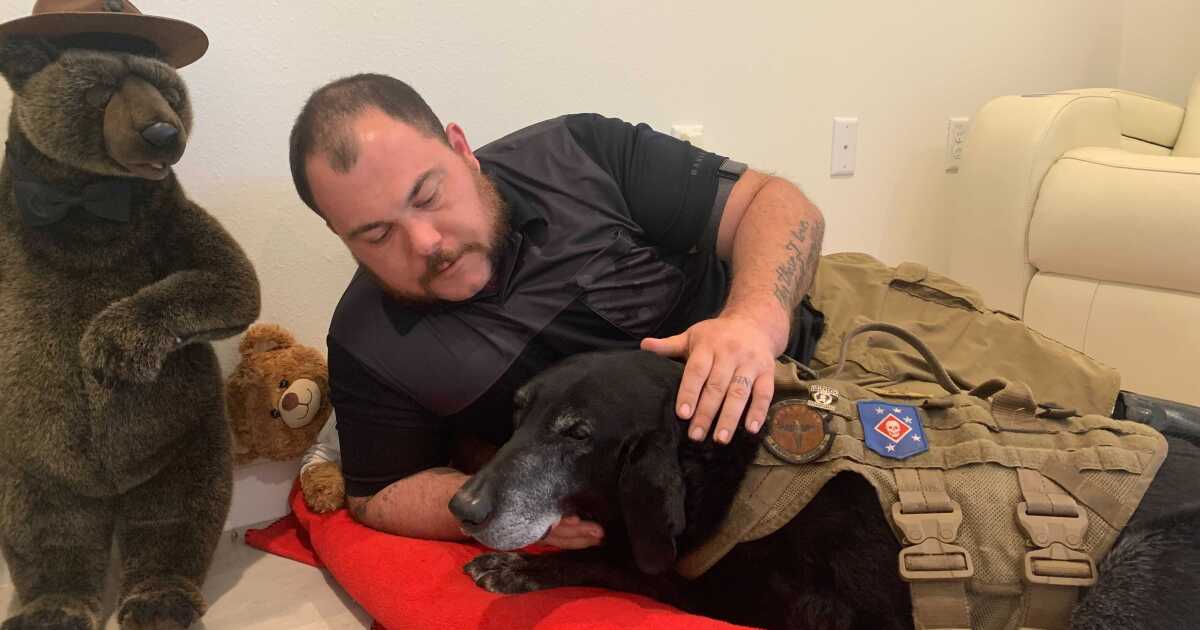 TAMPA – Two American war heroes, brought together by fate, have been there for each other for the past seven years. Now one of them is fighting for his life and looking to the community for help.

Tim Read and his dog Shadow both served in Afghanistan for the US Marine Corps. back in 2010. However, they did not cross roads until five years later.

“I stepped on an IED, and the only thing I could hear was the ring and the dust falling to the ground,” Read said, thinking back to the day his life changed forever. “My Marines thought, ‘Do not close your eyes, do not fall asleep,’ and I just thought, ‘I would go to bed,’ but it was actually just death knocking on the door. ‘

The Purple Heart recipient was seriously injured, resulting in amputation of his left leg. He ended up in San Diego, where he experienced the darkest period of his life.

“I turned to drugs and alcohol and it really confused me,” Read said.

Tim did not know that Shadow, who served as a bomb-sniffing dog, was also in San Diego and was being held in a military kennel after her driver passed away. It was about to become the perfect match.

“They let her out of the cage about 100 meters away and she just went straight to me and she was just happy to see me, she knows Marines and how we carry ourselves,” Read said.

Tim and Shadow both retired and moved to Tampa in 2015. They have been playing in the backyard together ever since.

“The greatest gift of all is our bond, our fighting bond, which the shadow and I have, it is well unspoken in words,” Read said.

Now, after years of protecting our troops, it’s Tim’s turn to protect Shadow. She is struggling with a number of undiagnosed health problems, and vet bills have piled up to over $ 5,000 and count.

“There is not much state aid for dogs retiring,” Read said. “It’s not cool to leave these dogs high and dry after what they have quietly sacrificed.”

So Tim and his wife set up a GoFundMe account and asked the community to help save this war hero’s life. They have already exceeded $ 3,000.

“I think we owe it to Shadow to have a good retirement where she can breathe calmly and love deeply and just be a normal dog so every little bit helps,” Read said.

For more information and to help Shadow go to https://www.gofundme.com/f/pay-for-a-retired-ied-dog-nasal-diagnostic.