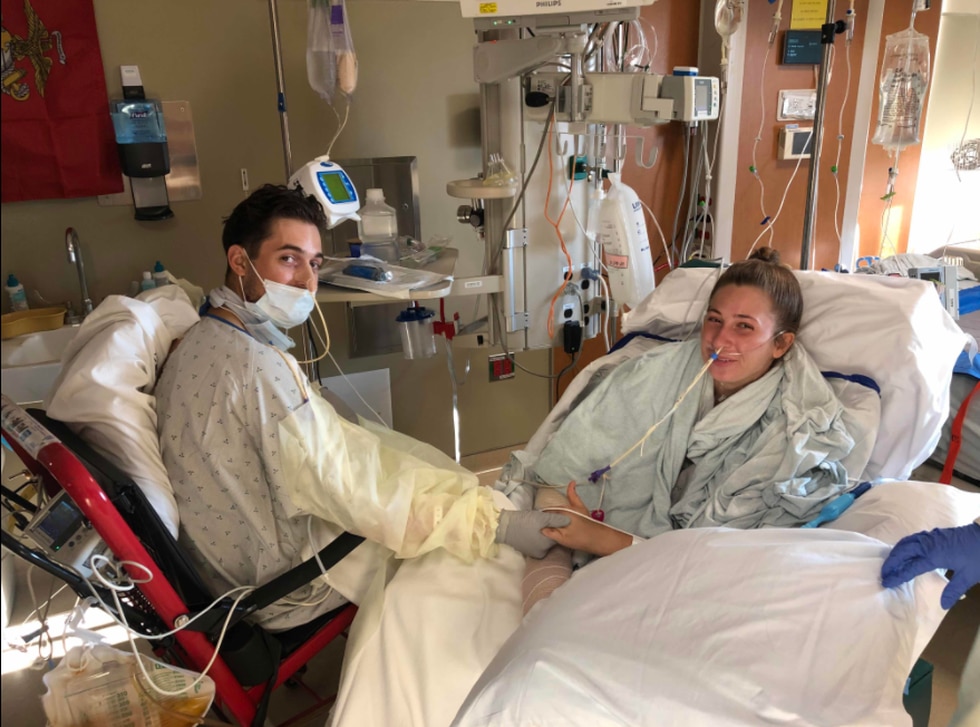 DEARBORN COUNTY, Ind. (WXIX) – A U.S. Marine who was paralyzed in the Kabul airport attack says she is amazed at the amount of support she has received as she continues to recover.

Marine Cpl. Kelsee Lainhart was among the service members injured in the Kabul Airport attack on August 26. For the first time since she was injured, Lainhart talked about what happened that day with FOX19 NOW.

Lainhart worked with the withdrawal of U.S. troops and refugees in the hectic last days of U.S. involvement in the war in Afghanistan when the attack took place. Thirteen service members died in the attack.

Two surgeries and three months later, Lainhart is still in the hospital.

Her recovery has led her from Walter Reed in Washington to Shirley Ryan AbilityLab in Chicago.

When the news of what happened to her first spread, Lainhart’s hometown immediately went up to show love to their colleague Hoosier.

Students and teachers at Sunman-Dearborn Community Schools started a T-shirt collection where the profits went to the Lainhart family.

There were so many letters to the Marine that her parents had to set up a mailbox just for the support messages.

“It’s absolutely insane. Uh, yeah, I just, it’s incredible. It’s incredible,” she explained. “I’m sure there’s more at home. You know, I have not seen pictures, but I have received so many things. And some like just so many messages, so many people who want to see how I feel. It’s amazing. “

So what’s next for Lainhart?

Although she agrees that “once a Marine, always a Marine,” it may be time to consider a post-military career, she says.

“It really just depends on my progress and all that sort of thing,” she explained. “I would assume I would get out of the military. But yes, as you said, ‘Once a Marine, always a Marine.’ I’m very grateful for my service and things I’ve learned, you know. ”

Despite everything she’s been through, the decision to join the Marines is one Lainhart says she does not regret.