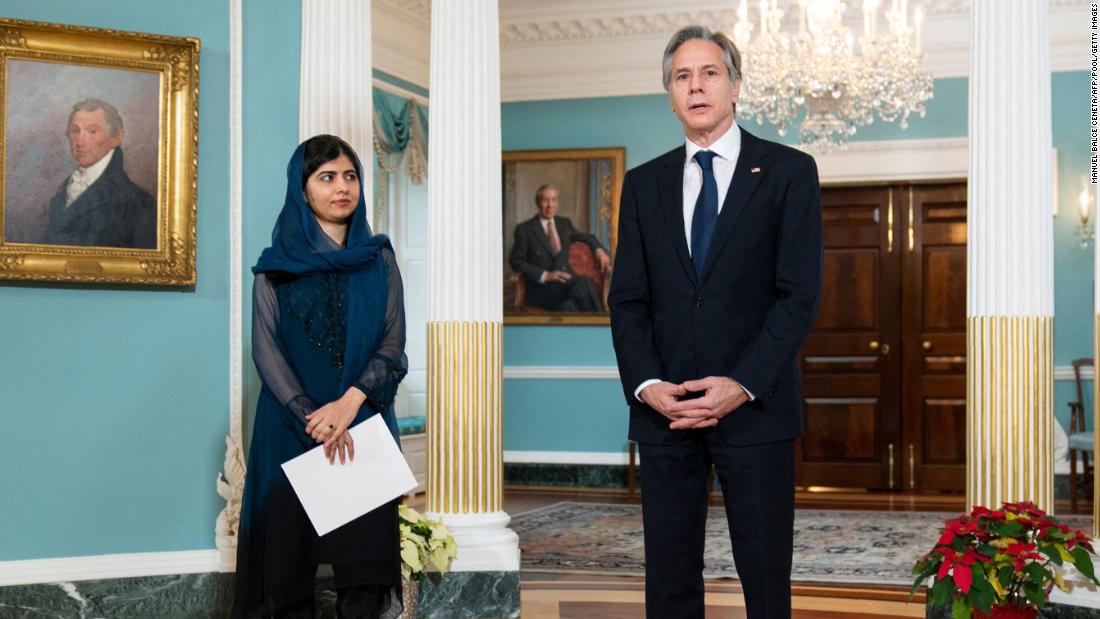 Prior to the start of their closed-door meeting, Yousafzai noted that “Afghanistan right now is the only country where girls do not have access to secondary education.”

“They are banned from learning and I have worked with Afghan girls and women activists and there is this message from them: that they should have the right to work. They should be able to go to school,” she said.

Yousafzai underscored her message by reading aloud from a letter to President Joe Biden from a 15-year-old Afghan girl named Sotodah.

“She writes that the longer schools and universities remain closed to girls, the more it will overshadow the hope of our future phase. Girls’ education is a powerful tool for creating peace and security. If girls do not learn, Afghanistan will also suffer, read Yousafzai.

Since taking power in Afghanistan in August, the Taliban have imposed strict restrictions on girls’ access to education and excluded women from certain jobs. The group issued a so-called “decree on women’s rights”, which lays down rules for marriage and property for women. It did not mention employment or education.

Afghanistan is also plunged into a humanitarian and economic crisis. Many officials, health professionals and educators have gone unpaid as foreign nations and financial institutions have been reluctant to provide funding to the Taliban-led government.

Yousafzai told Blinken, “we hope that the United States, together with the UN, will take immediate action to ensure that girls are allowed to return to their schools as soon as possible, women are able to return to work, and all the humanitarian aid necessary for training there. “

“We know it has been a challenge and we want more focus on education, teachers’ salaries, because it is the values ​​that prevent – prevent schools from running,” she said.

Blinken called Yousafzai “an inspiration” and said he “looked forward to talking to her about the work she does, the work we do, and to hearing from her, her ideas on how we can become more effective in ensuring that girls and women, while working for gender equality, have access to education. “