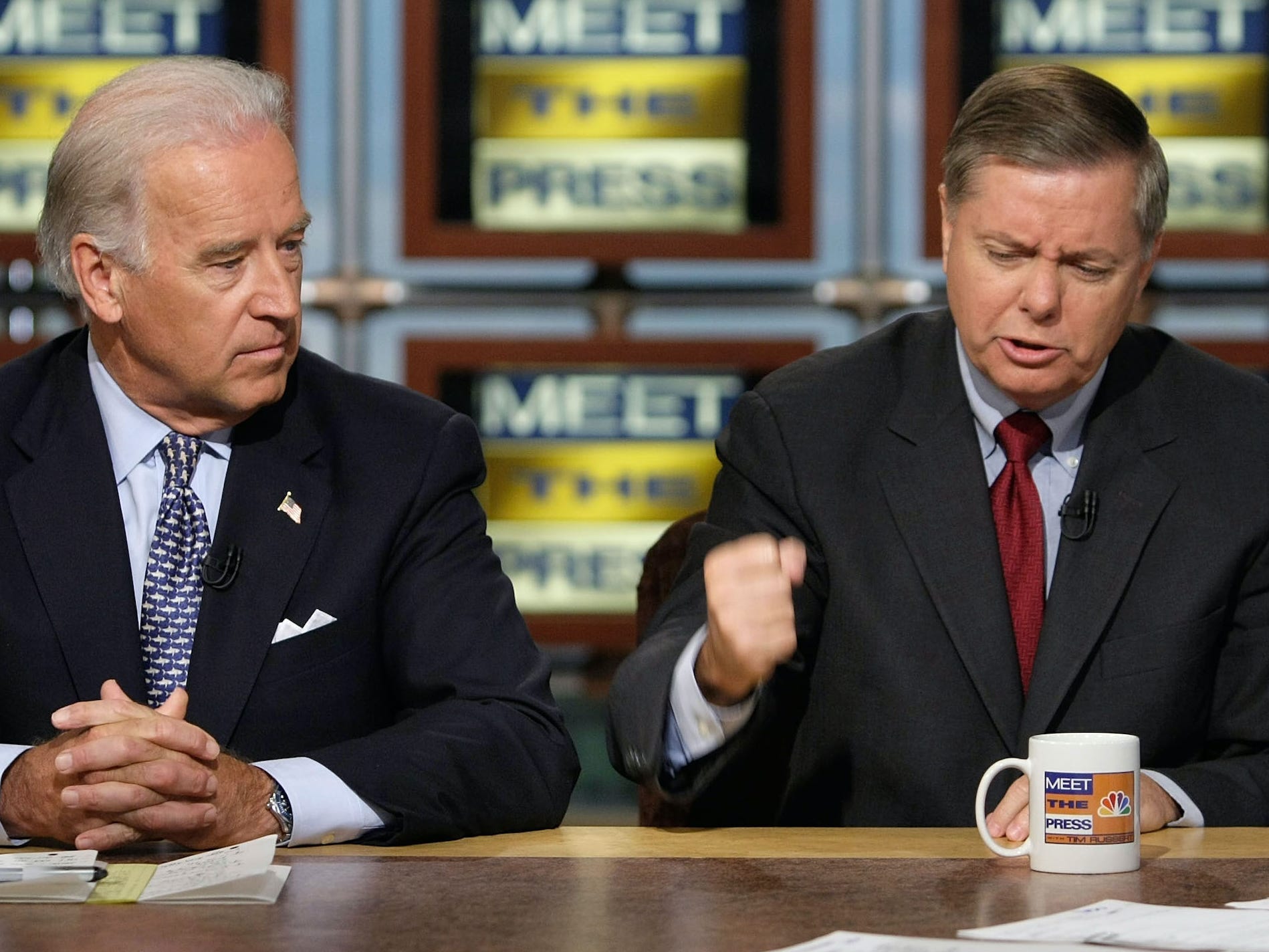 Despite efforts to mend their decades-long friendship as former Senate colleagues, Republican Sen. Lindsey Graham on Wednesday issued an emotional reprimand to President Joe Biden over his decision to withdraw U.S. troops from Afghanistan.

“I’ve known Joe Biden for a long time,” Graham said during an appearance on the Fox News show “America’s Newsroom” Wednesday morning. “I had a good personal relationship with him. He is a decent man, but what he did in Afghanistan I will never forgive him for.”

Graham was visibly confused and told of the recent development of Islamic State violence in the nation despite promises of peaceful times from the Taliban.

“He has blood on his hands and he has made America less secure,” Graham continued. “And he’s been the most consistently wrong man on foreign policy in my lifetime.”

Graham also predicted that another 9/11-like attack would come as a result of the withdrawal, but did not cite any specific intelligence service or group to support that claim.

While defending Kabul airport during evacuation, 13 US officials were killed in a terrorist attack back in August.

Biden has defended the withdrawal as an “extraordinary success” and that the nation’s longest war “should have ended long ago.”

The US-backed Afghanistan government collapsed in August weeks before US troops could leave the country fully, surprising Biden and top aides who believed the government could last for months or years. This led to chaotic scenes around Kabul airport as people tried to flee the Taliban. The airlift evacuated nearly 130,000 people, but the Taliban’s control of the country and the pressure from massive crowds around the airport prevented the United States from recapturing all Americans seeking refuge; an estimated two hundred are left despite wanting to travel.

Before former President Donald Trump’s ascension to the White House, Graham and Biden enjoyed a sweet relationship from the other side of the aisle.

“The bottom line is that if you can not admire Joe Biden as a person, then it probably is – you have a problem,” Graham said with a laugh during a car interview back during his presidential election in 2016. “You have to do some self-evaluation For what do you dislike?

In the 2016 interview, Graham described Biden as “the nicest person I think I’ve ever met in politics.”

“He is as good a man as God has ever created,” Graham added.

“I can not wait for the next election to stop this socialist train on the domestic side and have a chance to get a commander-in-chief who knows how to keep this country safe,” Graham said. “When it comes to Joe Biden, he has made America less secure, and he has acted in a very dishonest way.”