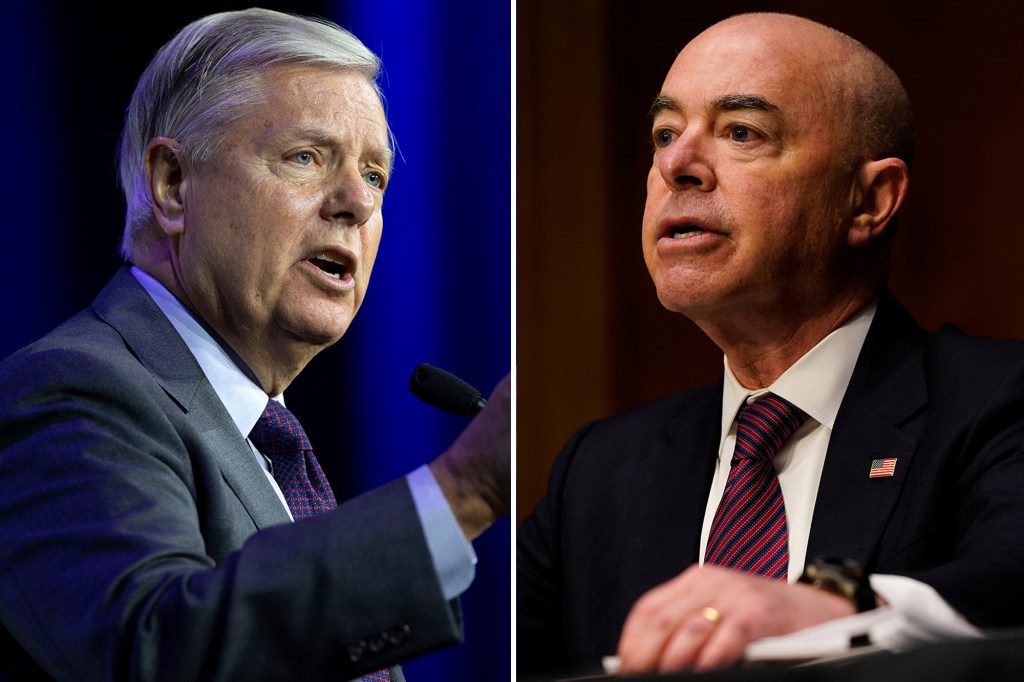 Senator Lindsey Graham questioned Homeland Security Minister Alejandro Mayorkas during a Senate hearing Tuesday on the number of Afghans who were examined before being flown to the United States, as well as the number of illegal immigrants who have been released into the country.

Graham (R-SC) began his interrogation by asking Mayorca whether he considered the withdrawal of the US military from Afghanistan in August a success.

Mayorkas responded by calling the forged withdrawal “historic” in relation to the number of U.S. citizens and Afghan allies removed from the war-torn country.

“How many of them were examined before boarding the plane?” Graham asked, referring to evacuated Afghans.

“I can not talk about that,” replied Mayorkas, who later clarified that 100 percent of Afghans were screened and examined.

Graham reminded Mayorkas that he testified under oath and asked how many people were examined before boarding planes en route to the United States.

“We’ve had thousands of people boarding the C-17 and flying out of the most chaotic situation I’ve seen since the fall of Saigon,” Graham pressured. “And I ask you, before they boarded the plane, how many were surveyed by the United States? Can you tell me what percentage?

“Senator, I would argue, and I want to confirm this, that well over 99 percent of them were fully screened and examined before boarding a plane,” Mayorkas replied.

“Do you know that you are under oath?” asked Graham. “You tell this committee under oath that 99 percent of the people who came on these planes in Afghanistan were examined by our government before boarding that plane?”

“You’re asking me about flights from transit countries to a third country,” Mayorkas said, to which Graham replied that he asked about Afghans boarding planes at Kabul airport.

“No. No, I can not talk about that,” said Mayorkas.

Graham then turned to the wave of illegal immigration at the U.S.-Mexico border and asked, “Of the 1.7 million people who come here illegally, how many of them have been released into the country?”

Mayorkas responded that about 965,000 of that number have been “deported” under the Section 42 rules governing the coronavirus pandemic, while another 40,000 have been “removed.” The secretary estimated that about 375,000 of those who crossed the border illegally remain in the country.

“Do you think that if you have an immigration hearing and there is a final deportation order, that person should be removed?” asked Graham.

“Okay why [are] 1 million people still here after they have received a final ruling on deportation ?, ”the senator followed up. “Does the system work?”

“The immigration system is broken,” Mayorkas replied, “has been broken for decades.”

“Well, let me just say this,” Graham concluded of the stock market. “It’s really ruined if a million people have been ordered to leave and they have not gone.”