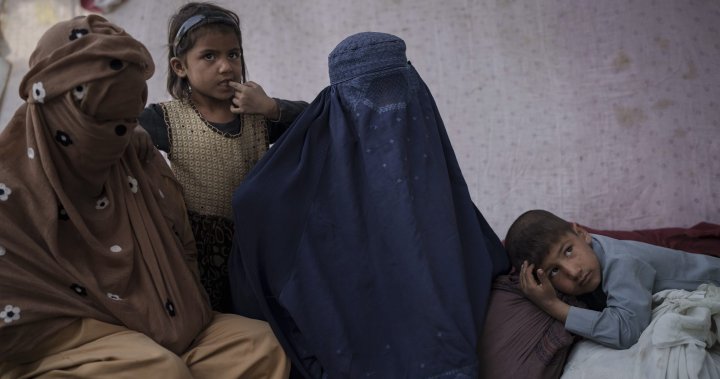 Kabul’s secure houses, which have provided refuge for more than 1,700 Afghan interpreters and their families, are due to close on Friday due to lack of funding, say groups that have tried to help them.

Veterans groups previously raised about $ 2 million in private donations, but said they would need an additional $ 5 million to keep the safe houses open after Friday.

Residents of the safe house will have to find other places to live in the Afghan capital and have made contingency plans, said retired Major General Denis Thompson, part of a grassroots network of veterans, refugee activists and other volunteers working to help the former interpret. .

Thompson said he hoped the interpreters and their families could still be helped to one day escape. He said the possibility of safe house was never meant as a long-term proposal.

For fear of the Taliban, employees of Canadian NGOs are trying to flee Afghanistan

He said he believes that this summer’s federal elections in Canada, which threw the federal bureaucracy into the so-called “caretaker” state, meant that no concrete political decisions could be made by public servants to help the Afghans. In the end, it led to high costs for the safe houses.

“It’s much cheaper to resettle people than to pay for safe houses,” Thompson said.

“We are talking millions of dollars, not even tens of thousands of dollars, to complete this whole resettlement. It is a G7 nation; it is not huge sums.”

Other veterans said the closure of the accommodations could leave residents at the mercy of Afghanistan’s new Taliban rulers, who stormed back to power this summer.

Retired Captain Corey Shelson said the federal immigration ministry has been too slow to approve applications and travel documents for Afghan interpreters.

“There will be 1,700 people leaving… and many of them will probably die. I do not know how else to say that,” Shelson said.

“I can tell you that the 1,700 people currently living in the safe house will end up on the streets tomorrow due to bureaucratic inefficiency in the Canadian government.”

The federal government has not directly funded the safe houses, which were seen as a temporary measure to help move vulnerable Afghans out of the country.

Secure houses for Afghans who helped Canada ‘scaled back’ in terms of funding, says NGO

Thompson said he hopes the Taliban will not take drastic steps against any of the residents of the safe house as the new rulers try to seek international recognition as Afghanistan’s new government and international humanitarian aid to avert mass results due to a collapsing economy.

“It is difficult to say how the Taliban would react. Our assessment is that they have been restrained. ”

Thompson said Kabul residents traveled from the southern city of Kandahar in the hope that they would be lifted by the U.S.-led military forces, which included Canada. But the airlift ended in late August with the full withdrawal of the U.S. military, leaving Afghan interpreters and their families.

The Taliban rebrand Kabul with its white flags, but what comes next has Afghans on edge

Some of the residents of the safe house are unable to return to Kandahar because the Taliban have taken over their homes, while some have received death threats by phone, Thompson said.

The safe houses also offered access to food and medical care, in addition to providing a safe haven. Many of the residents will live in much harsher conditions, he said.

“It’s not going to be pretty,” Thompson said. “Some of them are going to live hard, I’m sure. And some of them will have to take the chance to return to Kandahar.”

3:15
Out of Afghanistan: Families in hiding

Earlier Friday, the Conservative Left government called for emergency funding to be given to the groups that have joined forces to organize and operate the safe houses.

Conservative MP James Bezan said the Trudeau government has disappeared into action and must step in and fill the gap of spending.

“Not only did Justin Trudeau succeed in getting Canadians, interpreters, support staff and their families out of Afghanistan when the country fell to the Taliban, he now refuses to fund their safe houses,” Bezan said in a written statement.

“These people supported our military heroes in Afghanistan, and the least we can do is help ensure they are safe.”

Global Affairs Canada has not said much about the government’s efforts to support safe houses, citing security concerns.

It has said it is working with the Veterans Transition Network and Journalists for Human Rights to protect vulnerable people in Afghanistan, including human rights defenders and interpreters of former Canadian Armed Forces.