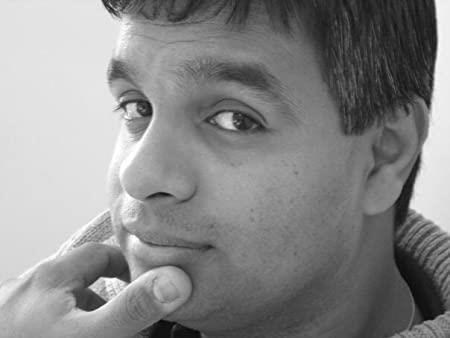 Veersen Bhoolai spent three years in Afghanistan and wrote a memoir about this experience; He will discuss his work and his book at the event on November 21st

Veersen Bhoolai is coming to Orillia to give a “book talk” at Hibernation Arts on November 21 from 1pm to 3pm.

Bhoolai worked for three years in Kandahar, Afghanistan as a journalist. He will share his experiences there and provide some perspectives on Afghanistan. The $ 10 entrance fee includes light refreshments.

Bhoolai, a Canadian journalist, has worked in print and television; he is a graduate of Humber College.

He comes from a family of lawyers and is the lone wolf journalist in the pack and has published two books this year. The first, No, I do not work in the kitchen, surviving war-torn Afghanistan for three years are his memories as a journalist in that country.

The second, Trials and tribulations, is about a young boy’s fight while growing up in Trinidad and Tobago.

His lecture in Orillia will focus on his experiences in Afghanistan.

As a UN journalist working in Afghanistan in 2009, he narrowly missed a few-meter suicide bomber. He avoided rockets and slept in tents in sub-zero temperatures without heat and encountered many other challenges.

What he did not expect was to have to tolerate static from the people he worked with. Despite being a Canadian citizen, he found that he was occasionally looked down upon or talked down to because of his skin color.

Many soldiers, he says, were too fixated on his face to recognize the Canadian ID on his chest. Being yelled at, getting kicked out of bed at night and a flashlight shining in his face early in the morning was just some of the ignorance he had to endure.

Some people have spent six months in Afghanistan and have come back with stories to tell. This Trinidadian-Canadian spent three years there, mostly in fog-filled tents, and woke up to the sound of bombs by seeing a friend’s body parts shoveled down into a garbage bag after a suicide bomb.

Contrary to many people’s beliefs, Veersen Bhoolai never worked in the kitchen.