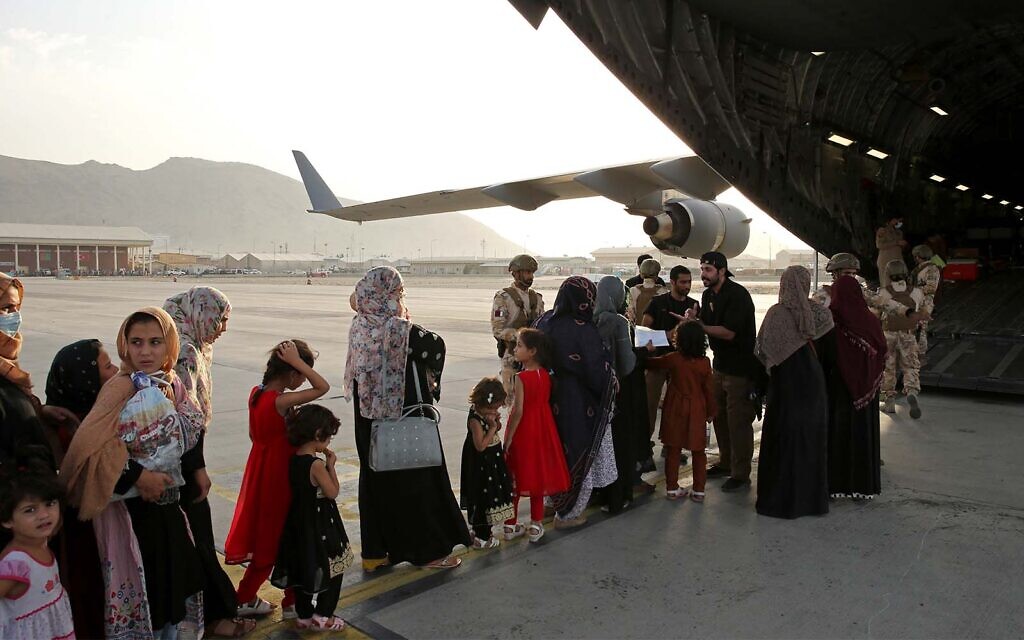 Israel has donated $ 500,000 to the United Nations for food, medical assistance and other assistance to Afghan refugees in Tajikistan, the Foreign Ministry said on Tuesday.

Alon Ushpiz, director general of the ministry, said Israel was proud to be part of the international effort to help Afghans who fled the Taliban’s takeover of the country in August.

Ushpiz said the aid was part of Israel’s commitment to the international community.

The donation came on the same day as the UN did what it called a record call to help Afghanistan and its neighbors.

The UN said 22 million people inside Afghanistan and a further 5.7 million displaced Afghans in five neighboring countries, about 15 percent of Afghanistan’s population, needed vital emergency aid this year. Others continue to seep across the border, the UNHCR said, noting that an estimated 175,000 have returned to the country since the Taliban took power.

The appeal seeks $ 4.4 billion for the UN Office for the Coordination of Humanitarian Affairs and its partners, plus $ 623 million for the United Nations High Commissioner for Refugees, UNHCR.

“A complete humanitarian catastrophe threatens. My message is urgent: do not close the door on the people of Afghanistan,” said UN Assistant Chief of Staff Martin Griffiths.

“Help us scale up and avert widespread hunger, disease, malnutrition, and ultimately death.”

Since the hardline Taliban Islamist movement took control in mid-August, as the United States ended its 20-year war in Afghanistan, the country has plunged into financial chaos, with inflation and unemployment rising.

The UN aid money will go to 160 NGOs plus UN agencies providing assistance. Some will be used to pay frontline staff such as health workers – but not through the Taliban administration.

UN High Commissioner for Refugees Filippo Grandi said the aim of the aid package was to stabilize the situation in Afghanistan, including for internally displaced persons, thereby preventing a further influx of migrants fleeing the country’s borders.

“This movement of people will be difficult to control, inside and outside the region, because it does not stop at the region,” he said.

You’re serious. We appreciate that!

That’s why we come to work every day – to give discerning readers like you must-read coverage of Israel and the Jewish world.

So now we have a request. Unlike other news media, we have not created a payment wall. But since the journalism we do is expensive, we invite readers for whom The Times of Israel has become important to help support our work by joining The Times of Israel Community.

For as little as $ 6 a month, you can help support our quality journalism while enjoying The Times of Israel AD-FRI, as well as access to exclusive content available only to members of the Times of Israel Community.