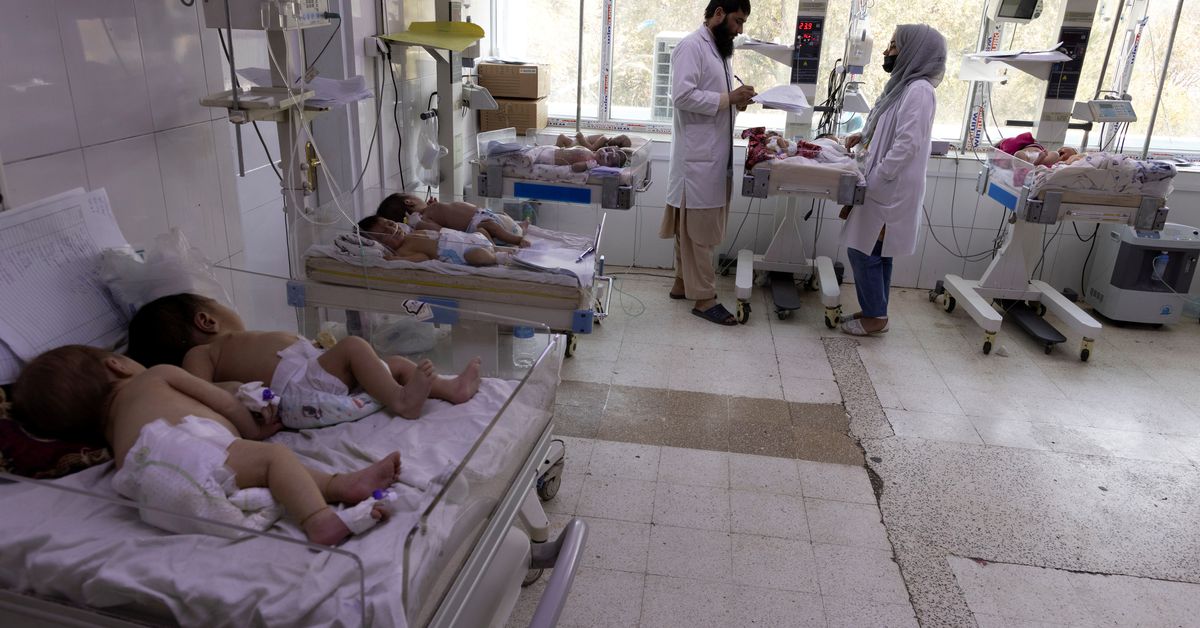 UN, November 10 (Reuters) – The United Nations has paid nearly $ 8 million in salaries to some 23,500 health workers across Afghanistan over the past month, bypassing the Taliban-run health ministry in a test case to provide much-needed liquidity in a disaster. Afghan economy.

The United Nations Development Program (UNDP) and the Global Fund’s health aid organization joined forces to revive a World Bank-funded program until it suspended aid when the Taliban ousted the Western-backed Afghan government in August.

The UN has fought to raise enough money for Afghanistan to help provide humanitarian aid to millions of people on the brink of starvation and prevent the collapse of the economy and health and education services.

“Someone had to step in. We were not only confronted with a collapsing healthcare system, but also a collapsing financial system,” UNI Asia Regional Director-General Kanni Wignaraja told Reuters.

“Global Fund took the financial risk, we took the implementation risk to make these payments happen,” she said. “We have shown that it is possible, it can work … it goes a long way to save at least the economy of the people of the country.”

The Global Fund provided $ 15 million, of which nearly $ 8 million was spent on salaries, while much of the rest was spent on providing basic medical equipment, essential medicines, and supplies. UNDP worked out how to get the funds into the country and into the hands of health workers in 31 of Afghanistan’s 34 provinces.

Wignaraja said the UNDP transferred some of the money to Afghanistan International Bank and then used a major money service provider, which the UNDP for security reasons refused to identify, to distribute the rest.

The paid health workers – who work in almost 2,200 health facilities – have had money deposited in bank accounts, while a further 2,500 health workers will soon be paid in cash because they are in remote areas.

“It has given hope to these families. It has revived health care,” Wignaraja said, adding that the program will now be run by the World Health Organization and the United Nations Children’s Organization UNICEF for the next three months.

“Without this, you would literally have all the Afghan doctors, nurses, technicians on the way across borders,” she added.

At the time, Wignaraja said the UN would talk to the World Bank to see if it was then able to take over the program again or find a hybrid solution if the bank is unable to get the necessary approvals to do so.

Since the Taliban took power, the economy has gone into crisis. Afghan banks were heavily dependent on physical US dollar shipments, which have stopped while billions of dollars in Afghan assets were frozen abroad. Development aid was put on hold as donors and institutions try to avoid violating the UN and unilateral sanctions and use it as leverage over the Taliban.

Wignaraja said the payment of salaries to health workers over the past month had helped set in motion the reopening of some banks.

“The moment you start the economic activity of the local community and people are able to deposit money and take money, these banks are able to open their local branches,” she said.

After demonstrating that it could work, the UN would continue to use the formal banking system and money service providers to get cash into Afghanistan for the next few months, Wignaraja said, although she added that UN agencies were also considering a need for to bring US dollars into the country.

“For us, this has been a pretty crazy test run of the system,” she said of the payments to health workers, adding that she hoped international donors “monitored it really closely.”